Does randomness improve or ruin game design? Gellert Keresztes, our founder and chief game designer is providing some food for thought on the subject. Welcome to a brand new episode of Design Table! 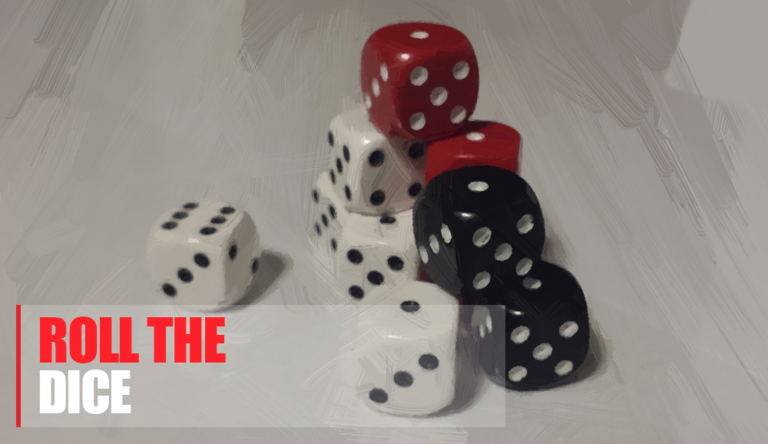 I would define randomness in game terms as a lack of predictability or pattern. True randomness is not something that I specifically aspire for in games, because true randomness cannot be tailored and molded to the game or player experience.

Let us imagine a game where two opposing spies are trying to gather super-secret clandestine mind boggling information. Their perception is decided by true randomness. While one might then end up with virtually infinite perception (the sign of a true dashing Master Spy), despite a chance that the other would as well, the likelihood is that the game will be decided without any other action or mechanic. This usually is not a good motivator and makes little to no gameplay.

‘’But what about percentages and statistics?’’ you might ask. Isn’t 50 percent always one out of two. Game design is an artwork and rather like art it’s in the eye of the beholder. Let’s take the espionage as an example again. Imagine you have a 50% chance to capture a super-secret dossier. Surely a blessing for the Intelligence Services for you to have such a good success chance! So you do your mission and… WHAM! Massive achievement! Your opposing player is boiling in fury since precious documents were inexplicably nicked away. Surely this is plausible, you did have a 50 percent chance so theoretically 1 in 2 attempts should yield a successful outcome, you think to yourself.

Your opponent tries and fails, while you successfully slip away with a second triumphant mission. Now you are pondering, this is surely pushing your luck but theoretically it still in the realm of possibilities. After five successful missions having made a fool out of your opponent all the documents are in your possession, securing an overwhelming victory. This game would have felt more like a competition if instead of true randomness, the design had introduced weighted randomness, which would have made both players feel an illusion of skill rather than just luck or chance. Your opponent would also be more inclined to play again.

To design for randomness and chance ask yourself the following questions:

Does the randomness aspire feelings of excitement and challenge or a lack of control? Which one fits my design needs the best?

What would happen if I interchange an element of risk with skill or vice versa?

Would my players want to be judged on their pre-planning (skills) or their risk taking (chance)?

PS: No evil lairs were blown up in the making of this segment.

That concludes today’s edition of Design Table. Next week, our topic will be about Time in games. If you would like to send in questions or write us feedback on today’s session, you can either do it via Twitter, Facebook or email and we will possibly make them part of the next series.