Player experience. We know it is important, but what captivates the minds of your fellow players and have you done a good enough job to captivate their interest? In today’s Design Table we will take on that challenge! 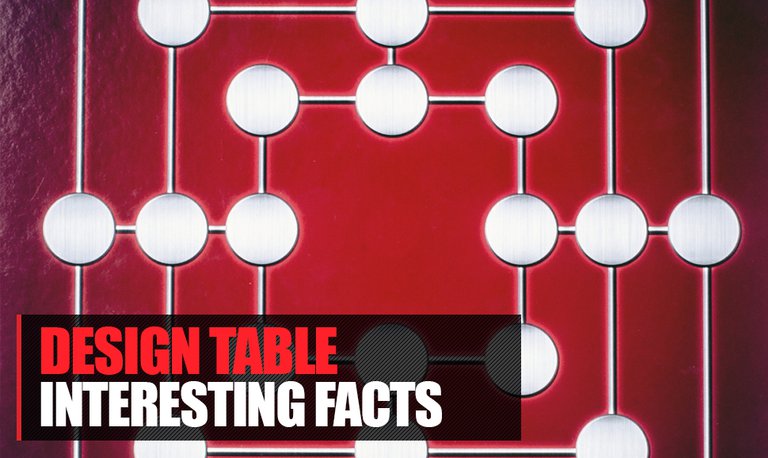 Welcome to a new addition of Design Table. To start off, let us be clear that as game designers, we need to be in-tune with ways where the human minds can be remarkably similar. Not in what we experience or how we experience it, but in what draws people and gets them to be interested. Before you dismiss this as a hippie conspiracy, know that there is quite a bit of science done in the subject.

Have you ever noticed how music, TV shows, books, artwork, or in general, story telling has a particular rhythm and draws their audience in, captivating them? This is in fact a process and can be broken down into several parts. There is a building of perhaps anticipation; there is a delivery that draws your attention to a piece, a tone, a face or an action. There is breathing space not to overwhelm and then there is a final crescendo, a finale to give a lasting memory captivating your interest to the point where you can be fully immersed. Coincidence? Hardly! It is great design. What is this mysterious process? There is no mystery about it, it is simply a process of design that I argue should be part of every game designer’s toolbox.

How to draw an interest curve

An interest curve has two main components that you are going to plot. First and foremost, the game time/progress, and second, the interest level. This is how captivating you find a particular level or world but essentially, you can apply the rating to any time flow of the game. The ratings are:

When you have plotted each part of your game on a chart, connect the dots to gain a curve. 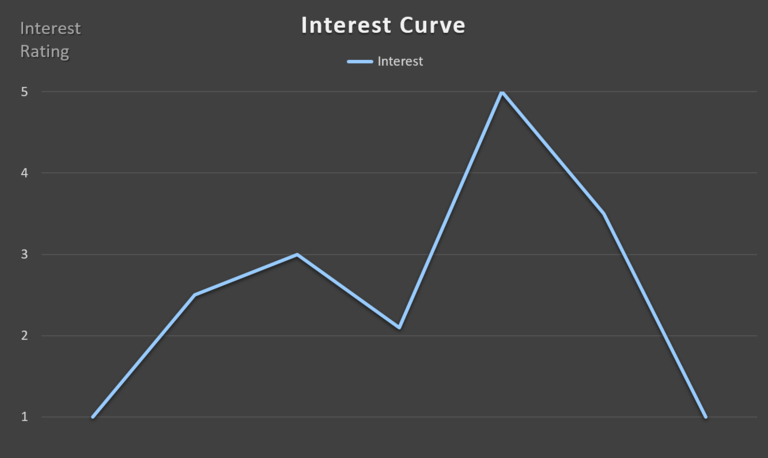 As a designer, assign to each project your desired interest curve. There is fantastic value in seeing your team, play-testers and others draw their interest curve for your game. Having it as a natural part of the play-tester's feedback model will gain you valuable experience and essential feedback for project improvement. Comparing your intention with the experience of others, you will quickly have a chart over how close the execution came to your design and where more needs to be done to achieve your desired level. You will see where you need to tone down or tune up the elements while at the same time it will give you a toolset for reflecting concrete levels of player interest.

And that's it for Interest Curves! This concludes this week's Design Table. If you would like to send in a question or write us feedback on today’s session, you can either do it via Twitter, Facebook or email and we will possibly make them part of the next series!