A major change to the governance of democratic in-game nations, further progress on castle generation, a massive update to lesser house sigils, and lots of bugfixing.

Posted by UltimaRatioRegum on Nov 30th, 2015

This week I’ve been continuing my plan of trying to finish Everything Else in the lead-up to finishing NPC scheduling and the like, so there have been four major developments. Firstly, a significant change to how delegates are represented in democratic nations, which is far more interesting and far more distinctive; secondly more progress on generating castles, which I will probably unveil in a fortnight, though conceivably in just a week, depending on how things play out; thirdly I’ve redone the sigils for lesser houses, and they look vastly better; and lastly a range of other general bug fixes, optimizations and general improvements which continue to clear out my list of unresolved problems, hopefully resulting in a stable game in which I can then return to working on NPCs. My goal remains to have Everything Except Conversations done by the end of December – it’s a big target, but I think it can just about be reached. Read on!

I decided to return to what I mentioned last week about giving delegates special homes and make this a little bit more detailed and a bit more interesting. I’m always looking for things that make each civilization distinctive, and doing this for democratic nations in a little more detail was something that quite appealed. Therefore, in each possible delegate location, there is a different kind of housing. The diagram below shows this – the top row are for “district” delegates, and the bottom row for “other” kinds of delegates (who might of course be resident within a district, but the game counts them differently). Middle-class districts use standard middle-class district houses (but gives them flags outside) just as upper-class districts use standard upper-class houses (again, with flags outside to denote that they are special), whilst aside from those every other area does something slightly special to denote the housing assigned to democratic delegates (all have flags outside). Here’s the full set: 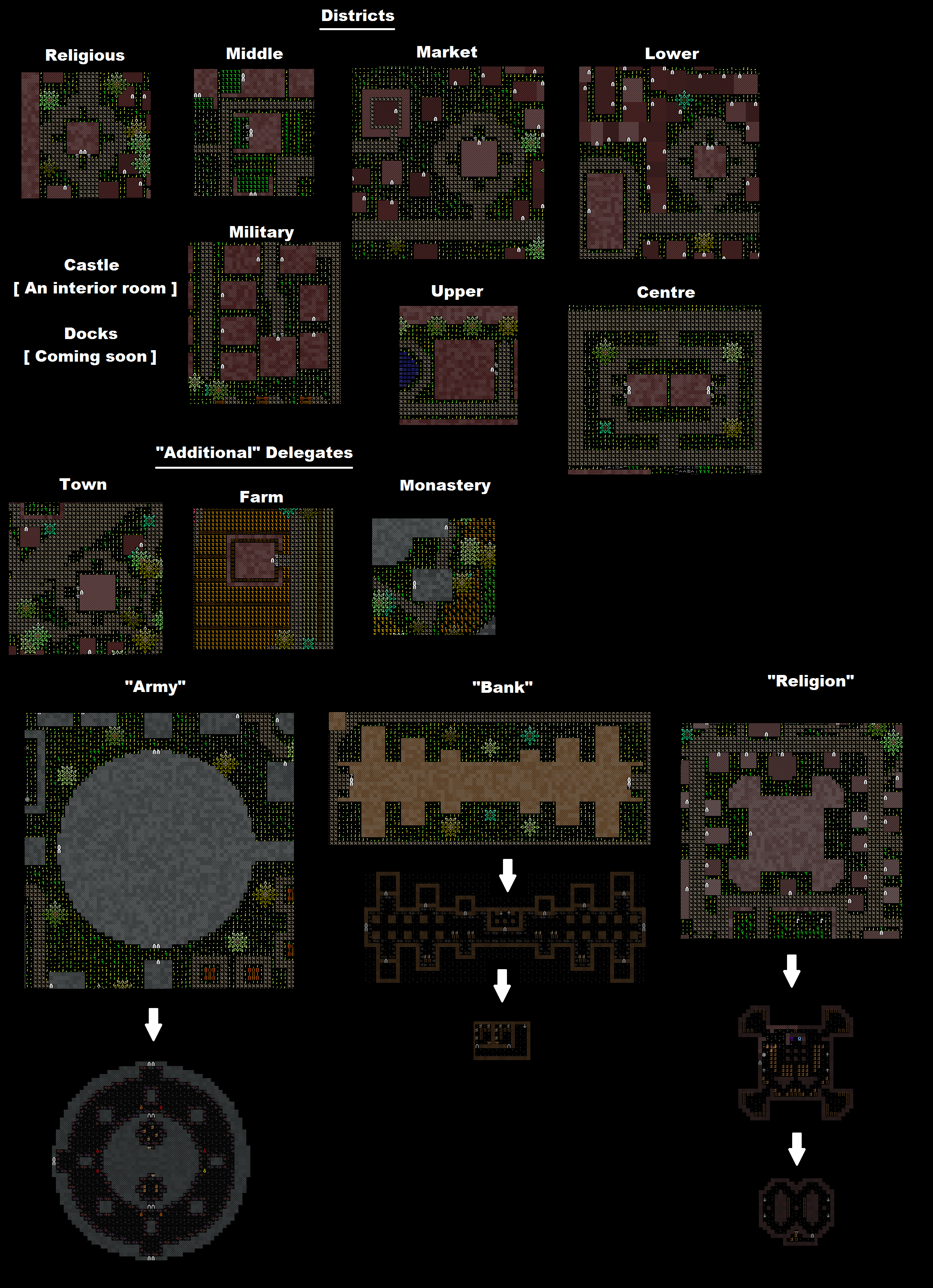 These are, I think, pretty identifiable, and are another way to mark out differences between nations. It will also make it clear where delegates live, which might have use a little further down the line. The most challenging of these was for the “Bank” delegates who might live within the mint, and the “Religion” delegates who live within religious buildings, since those required me to return to buildings whose generation algorithms I thought I had entirely finished with, and add something new. With that said, though, I’m really happy with how all of these turned out, and they continue to add a little more depth to the more democratic of nations, and variation within democratic nations (since each nation distributes its delegates differently – one nation might have religious delegates and bank ones, another might have monastery and farm delegates, and so forth).

This week I’ve done a fair bit of preparatory work on castles. As I mentioned, I’ve been away this weekend, and will be away next weekend, but I’ve still had (and will have next week) a couple hours at the end of each day spare to get some coding done. As such I’ve tried to give myself something that doesn’t require sitting down and doing a huge amount of technical effort (since I like to focus on that kind of thing for long periods) but rather something creative which is primarily down to creating variations and having them generate correctly. As such, prior to this weekend I set up the system for the exterior generation of castles – they now generate according to national aesthetics, and of a size appropriate to the number of rooms they need to contain, and with various other things outside based on policies (severed heads on pikes, extra defences, homes for delegates, etc). This weekend and next weekend I started to work on their interior generation, which is complex and time-consuming but will look extremely exciting once concluded. I don’t think by next week’s blog entry I’ll have enough to properly show off a castle, but the week after that I suspect will be the big “castle generation” entry I’ve been working on for a while (I’m extremely pleased with how castles are coming together). In the mean time, here’s another little castle teaser: 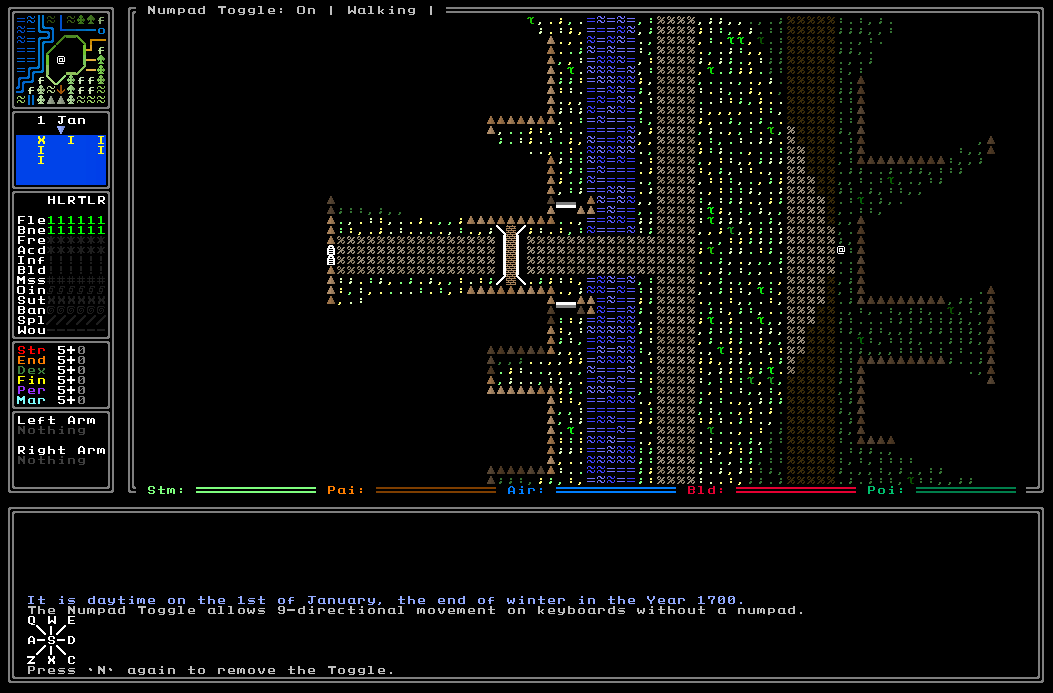 Given that I wasn’t happy with them before – and everyone who commented seemed, generally, to agree – I’ve changed the “lesser house” sigils for nations that have them to something that looks way better than the previous set. There are now 15 unique ones for each shape aesthetic that are far superior to the previous set. Here are some examples: 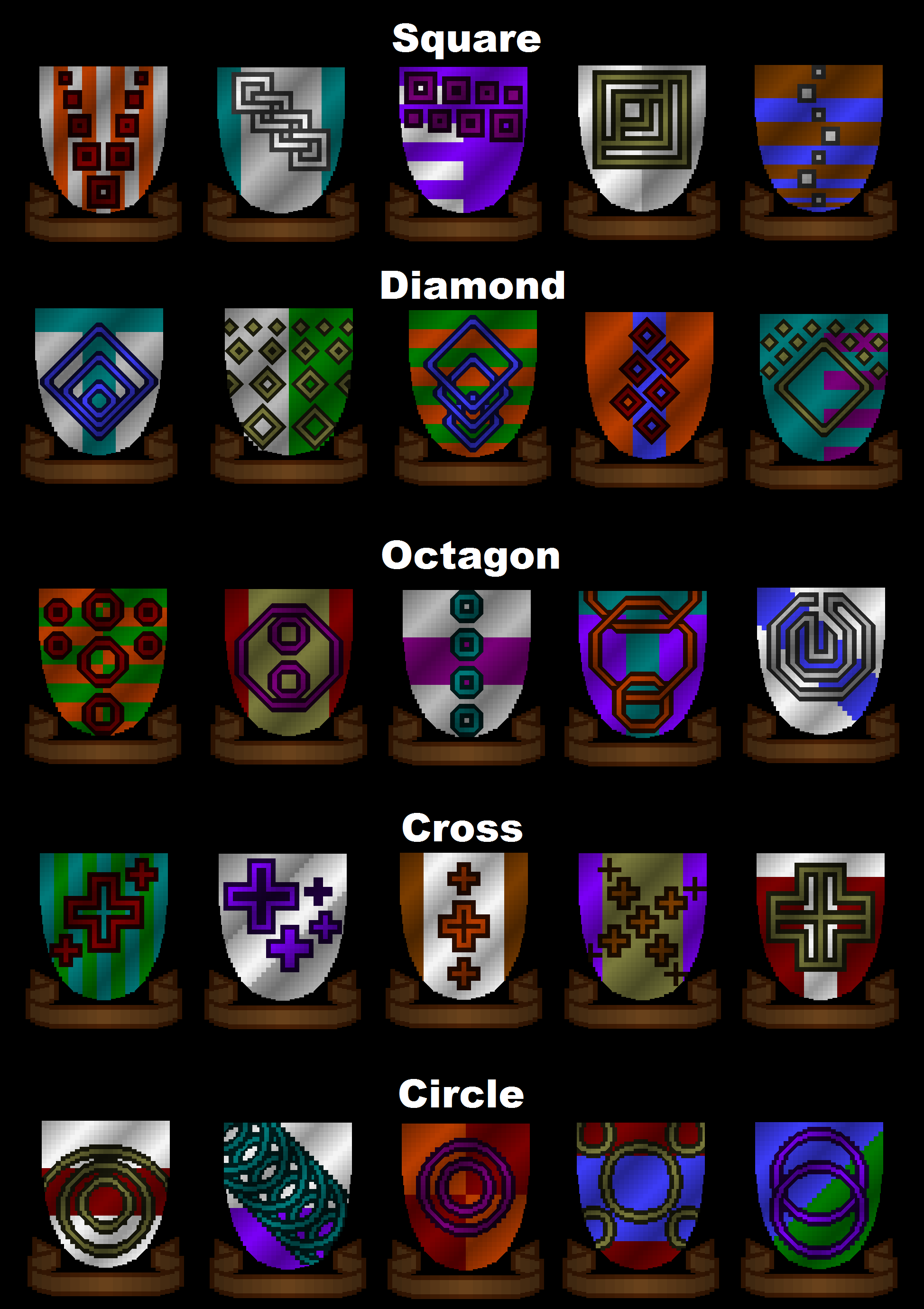 This week I want to continue castle generation, continue working through the list of small things and required fixes, and move closer to having everything except conversations and spawned-NPC scheduling done; then do spawned-NPC scheduling; then move onto conversations. I’ve decided I am definitely going to go for a big release, so I’ll be moving onto the conversation system as soon as January swings around. The majority of people voted in this direction, but I hope this is ok with everyone. I don’t want to release a world full of NPCs you can’t engage with, and although I don’t want people to drift away with the length of the release (hopefully constant blogging prevents this!) I do now quite strongly think it’s the right idea and will be a very impressive, and very comprehensive, release. As above, my target is to finish everything except conversations by the end of the calendar year, for which I have a month left. Yikes. See you next week!

(Next week’s update will also be a late Sunday/early morning, but after that, we’ll be back to the normal Saturday/Sunday updates)

You know the vases dindt even needed to be the same color that the nation but the family's colors (or leser house color's in contries with them :D)

True! But I want as many "colour things" as possible to match-up, nevertheless :)

Your work continues to excite and amaze me! Keep up the good work!