The Star Villains and Space Heroes demo will be released on March 4th. 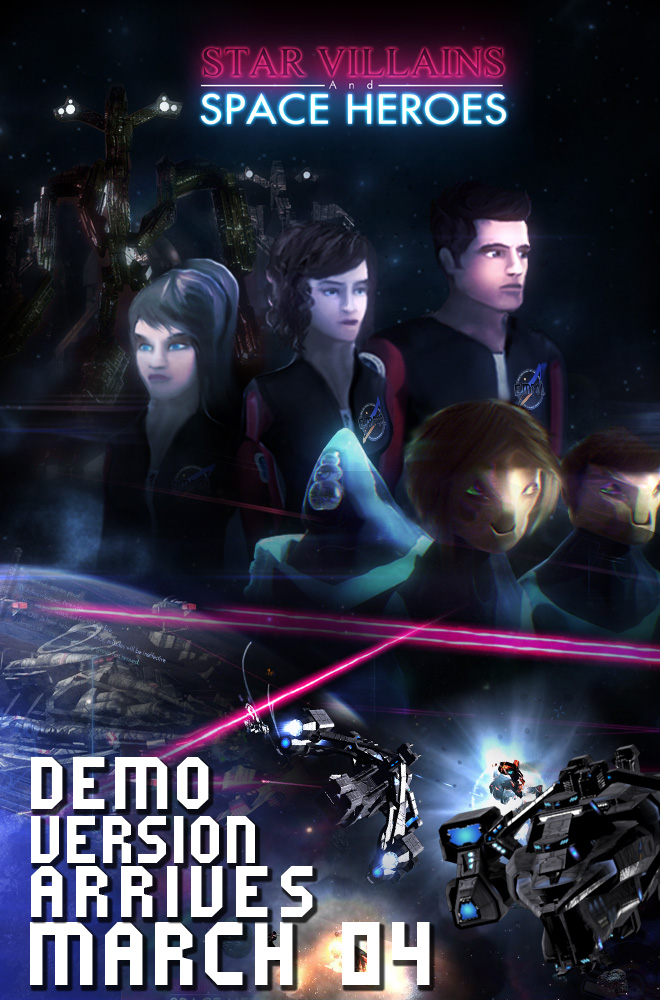 As you can see from the image, the culmination of all our hard work fast approaches! We are going to be releasing the Star Villains and Space Heroes Demo on:

The demo will give you a taste of what we plan for the full version. Here's what to expect:

We're just finishing up final testing and tweaks to get you as polished a demo as possible. In fact, I've fixed the last 5 reported bugs while writing this post.