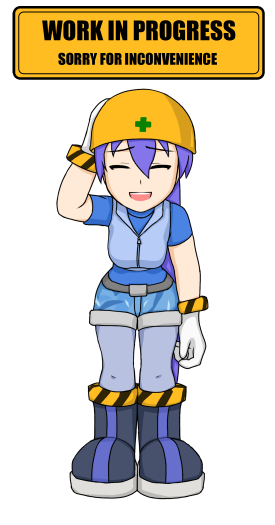 Greetings gamers. thank you for your patience. finally SSS Demo 2 is came out.
it changed a lot. let me explain.

Amy's friend. Betty and Cecily are playable. their ability is : 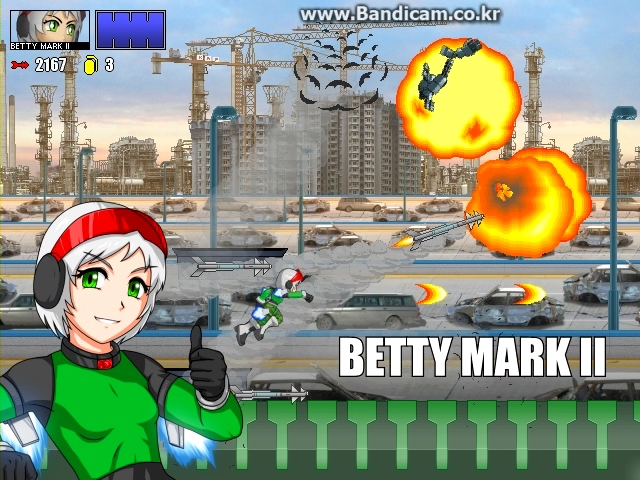 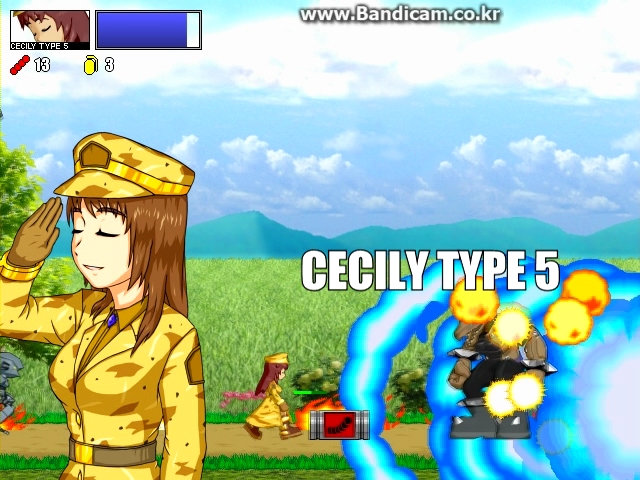 Bg perspective got better. and had variety.
The levels are designed to raise personality of each character.

Amy's melee was deleted because it's not necessary. spinshot became easier to use, and stronger.
also her y-axis movement became more speedy.
Quality options added. works well even with low-end computers.

- 'How are you going to do next update?'

Shooting Star Seven Demo 1 was released in 2011. today it's 2016. of course you'll think next version will be released in 2021.
I will not let that happen. to focus on SSS. I quitted my job.
As I promised to you, SSS Full version will be provided free. but my money isn't enough to fulfill extended game plan.
so I'll concentrate on core game contents first, then make 'Deluxe version' to make extended SSS. it will be offered about 10 USD.
please understand - it's not monetizing free version, it will be like selling DVD supplement. 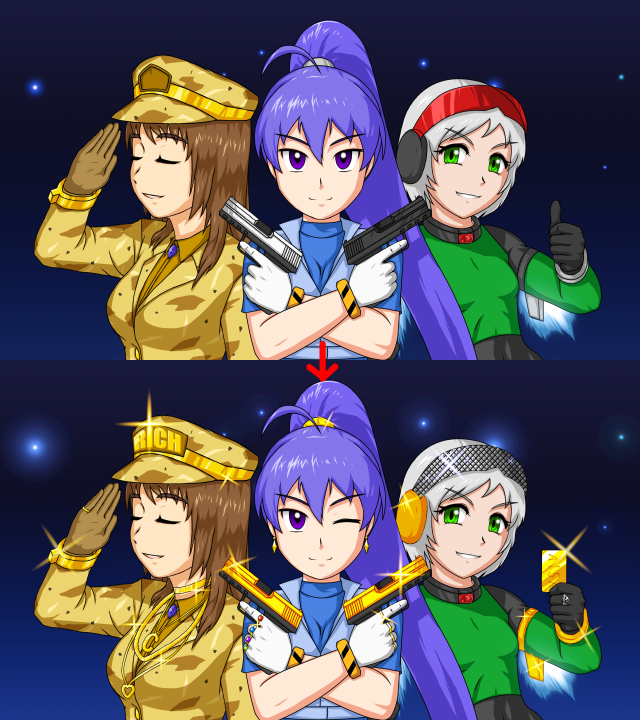 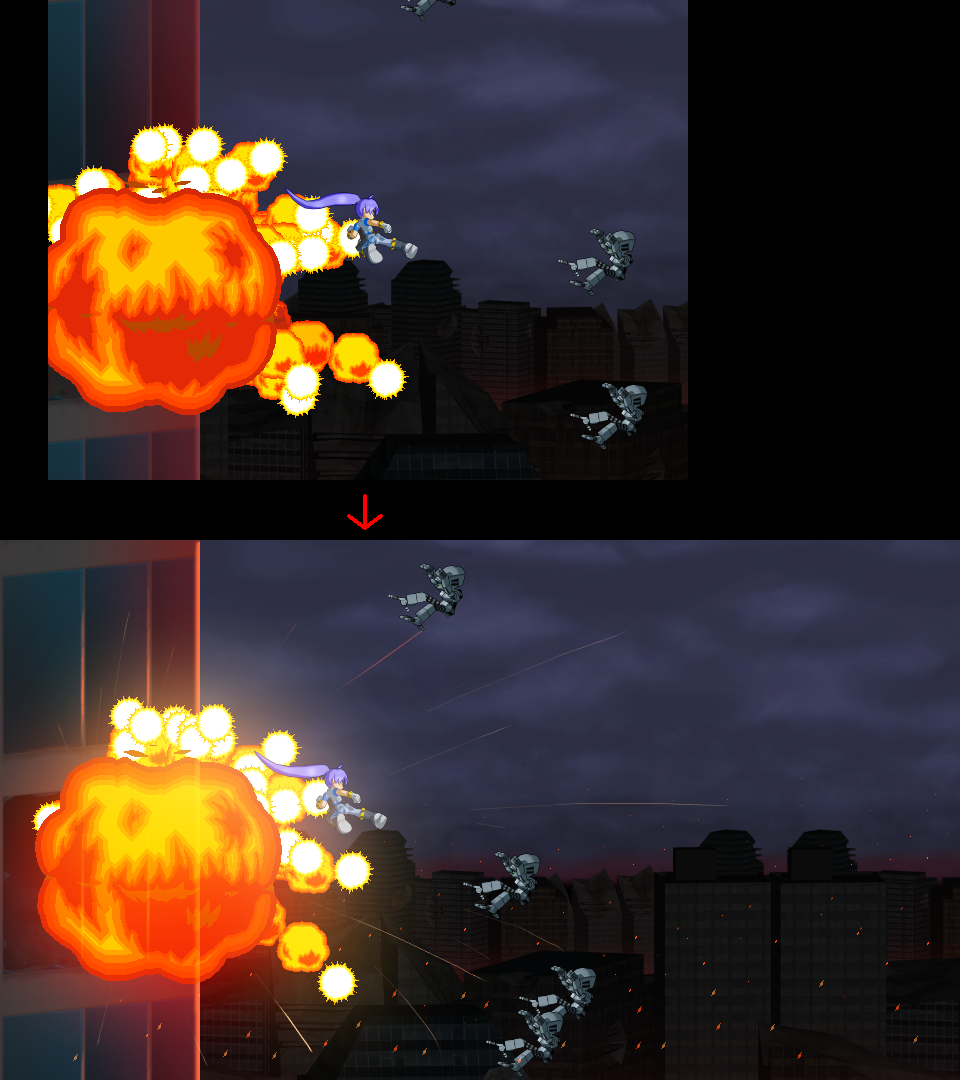 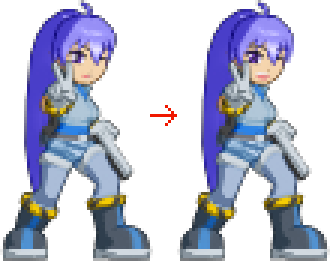 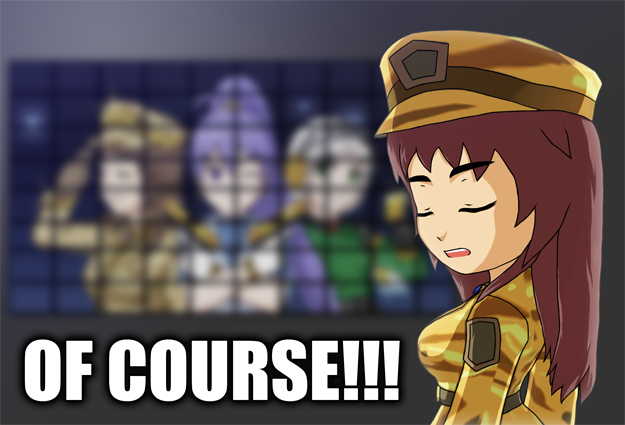 Yes it will. the free version will take OS update and bugfixes. I will never delete Free version for Deluxe's revenue. because I had promise. maybe there will be people who don't like Deluxe itself. but it's needed to survive. please understand money is fundamental to game development.

thank you for reading. enjoy your game.

Thank you! I'll work hard for next version!

Looking forward to it, I must say Cecily Type 5 is the most different of them all from standard Run n Gun shooter mechanics I've encountered. All in all very enjoyable, but I do think the charge time for Cecily makes it hard to deal with large amounts of tough enemies.

Also I find it hilarious that the first noticeable thing about deluxe ed is the blinged main characters XD Nice!

Thank you for reporting! I'll balance her power and try to add more fun things!

Heh no problem. The hardest point was Betty's arc, though it's mainly due to the corridor point with robots firing downwards and upwards (I tried to wipe both out but it's hard not to get winged.)
Also here's an idea that would be nice for either Deluxe or Free Edition, a Survival mode wherein you see how long you can last. It's a common staple in a fair amount of games XD

Thank you for suggestion! that 2-3 part is designed for behind cover play, if you try to wipe both side, of course you'll have hard time.

Haaah this happens while I try to shoot from cover....
Also (You may wanna put this to a vote as it may just be personal taste) I think that Betty's box fired weapons should look more like little circular (Or square, depends) combat drones that shoot the projectiles.

You mean rocket pod right? I don't think I have to change it.
about 2-3, I'll do some nerf with lined up enemies.

I was talking more along aesthetic lines. Functionally it's great! Lookwise, it appears as though Betty is somehow launching rockets from a pocket dimension.

Yes, that's the cause of time-driven ammo.

Wow! I've been expecting this!
Alright, I'll get this one and will comment after I'm done

Great! I love this one! Amy can get some rest as she doesn't have to complete many missions by herself :D IOW she has others
Anyways, I've completed the easy mode but have yet to complete hard mode (Betty kept getting shot in 2-2)
Cecily is totally unique. She's hard to use but her unique style make me want to play with her more :) (reaping 220 ammo from the boss is amazing)

My suggestion for Cecily is to make her shield visible. Using "Shield On" text is not good to show her shield status as the text can blend with background making it hard to read. Besides, she would look cooler if her shield is visible ;)

For Betty, why not give her a weapon which can be fired upwards/downwards? that would help her alot especially in vertical levels

Thank you for suggestion! I'll consider about HUD improvement. have you tried Betty's Twin bomb? it can be obtained at 2-2(passing item) and 2-3(air minefield).

Yeah the Twin bomb one fires a bomb upwards and one downwards. Also Cecily has a semi transparent Blue circular wireframe dome surrounding her when the shield is on, likewise the shield turns RED to indicate it is powered up. Also they are all really cute but I have to wonder what color is Cecily's eyes....

I think DarkBloodbane saying he wants that wireframe ALWAYS show up while shields on. and I'll consider about it.(currently shows up only when takes enemy attack)

Cecily's eyes are Blue, but due to her power it shines and make her pupil hard to see, she don't like it 'cause it don't look like human. that's why she always closes eyes.

Oh I thought Cecily is blind. If she were, she would be real unique being blind fighter among non-blind ones :)

Maybe the blind setting do something to game HUD...but that's too much for now.

Awww But Cecily's eyes are what make her well... Her. Heh.