The closed BETA for Deity Quest is out! Contact me if you want to be a BETA tester, or wait for the public demo release!

As promised in my last news post, we finished the BETA of the first part of the game! I am now sending out the windows, linux, android and flash version of the game to BETA testers (mac version coming soon). The game is nearly feature-complete at this point. It is just missing some final art, music/sounds, and the options menu. While the missing assets are finished, I want to balance and tweak the game and make sure it runs smoothly - which is why feedback from this BETA is so important! If you haven’t messaged me showing interest in being a BETA tester and want to help out, now is the time to do so (you can email me at davidmaletz@gmail.com). 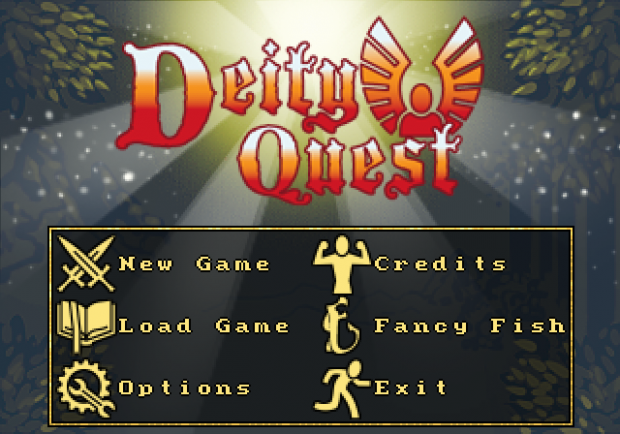 Since the last news post, I’ve added a lot of final menus and tweaks, including saving/loading and the main menu. I’ve also added a short set of instructions at the beginning of the game. It doesn’t explain everything though, so there’ll still be some hands on learning as you battle and explore menus. 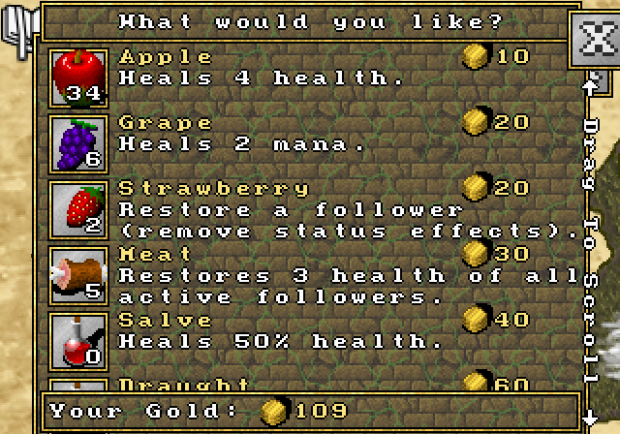 I also added a shop to the game. Originally, I was planning on just having you find items in locations, but sometimes you’d get items you don’t need, and a shop adds a lot of flexibility to the game. If you have no arcane followers, for example, grapes (which recharge mana) are useless and you can sell them to the shop and buy apples (which restore health). 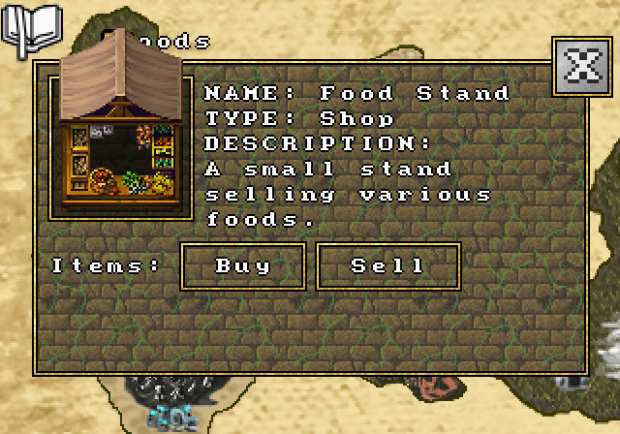 We’re moving fast toward the IGF deadline (Oct. 19th) - and if I can get the first part well balanced and all of the missing assets done in time, we should be in good shape! Look forward to future updates, and perhaps a public demo in the not-so-distant future!

EDIT: I finally got the mac version to compile, but there were so many problems and incompatibilities that did not occur on any other platforms that I have decided to indefinitely remove mac support.