The past month and a half or so since the last devlog has been pretty wild development-wise. I moved apartments at the end of August, which slowed work for about a week; but other then that progress has been exceptional! We recently hired an excellent 2D illustrator to do all of the cutscene art for the game. While the cutscene system is in the early stages, you can take a look at what to expect below. 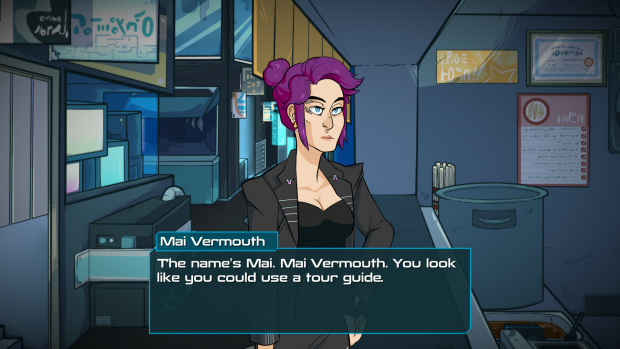 Although we'll have story laid throughout the terminal menu and other various pieces of the game, the cutscenes will serve as the main vehicle for the exposition. This allows us to seperate the super fast-paced action of the main game from the slower, "downtime" cutscenes. Aside from just delivering the story, they serve as a nice break from the hectic levels. 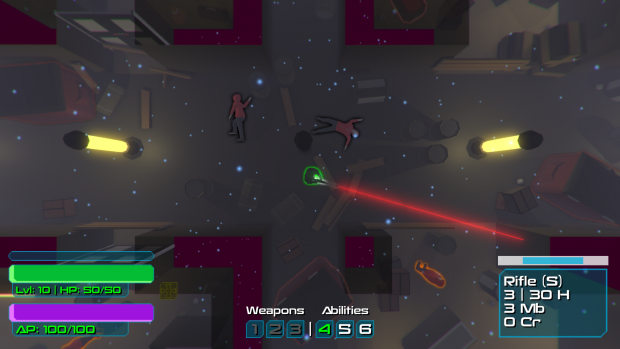 That said, tons of progress has been made on the in-game systems as well. Atmospheric weather systems, specifically rain and fog in the above screenshot, are new additions. These provide a nice sense of space as you move through outdoor areas. The rain and fog subsides as you enter indoor areas, thus seperating the two nicely. I'm constantly balancing and tweaking items, stats, enemies, characters, talents, and abilities to provide the optimal experience. To accompany this, all three character classes are now complete. Each one provides unique abilities and talents that vastly change gameplay. 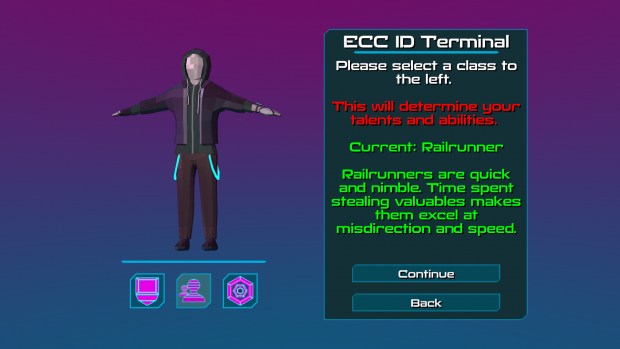 Since I've completed work on all character classes, I implemented a full character creation system in the past few weeks. There are options for body type (male and female models), skin color, and character class. While the character class will change the game experience, the other options are purely cosmetic customizations. 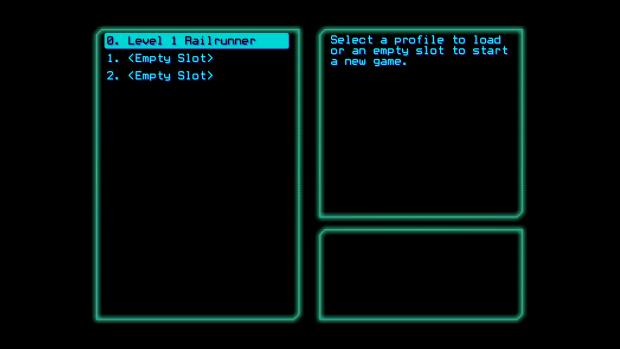 To support the different paths a player will want to take when experiencing the game, I have also implemented a profile system. As you'd expect, each profile hosts it's own unique save data and character. These can be swapped between at any time or even deleted to make room for new profiles.

All in all, many major systems have been completed in the past month and a half. The game is growing ever closer to release as time goes by. That said, we are looking to hold a private beta later in October to get first impressions and catch any early issues players find before we move on to final release. The beta will not be a public download, but instead an opt-in form that anyone can register for. From that list, we'll choose a decent subset of players to send beta builds to, and receive feedback from. While this isn't happening immediately, it is very close. The next public update will contain full details on the official closed beta for Defragmented. For those interested, I highly recommend following our social media (at the bottom of this post). Preliminary details will show up there within the next few weeks.

That's all for now. Hope to see some people come back and try out the beta. We're so close to finishing this game, just a few more months to go!