Post news RSS Defend Felinearth is out on Steam

A Classic Shoot'em Up with its unique features. Demo is also available.

Help defend Felinearth by sending the bravest cats (and a dog?) to fight evil aliens. You will compete against the clock to defeat as many enemies as you can in a set time. Casual players love the pickup and play controls! Advanced players will love how unforgiving space can be! Furries will like being an anthropomorphic cat in a spaceship! There’s something for everyone here in Felinearth.

Key Feature
The key feature of this game is combination of warships, sub-weapons and skills. If you do it right, you could just make a difficult level easier. 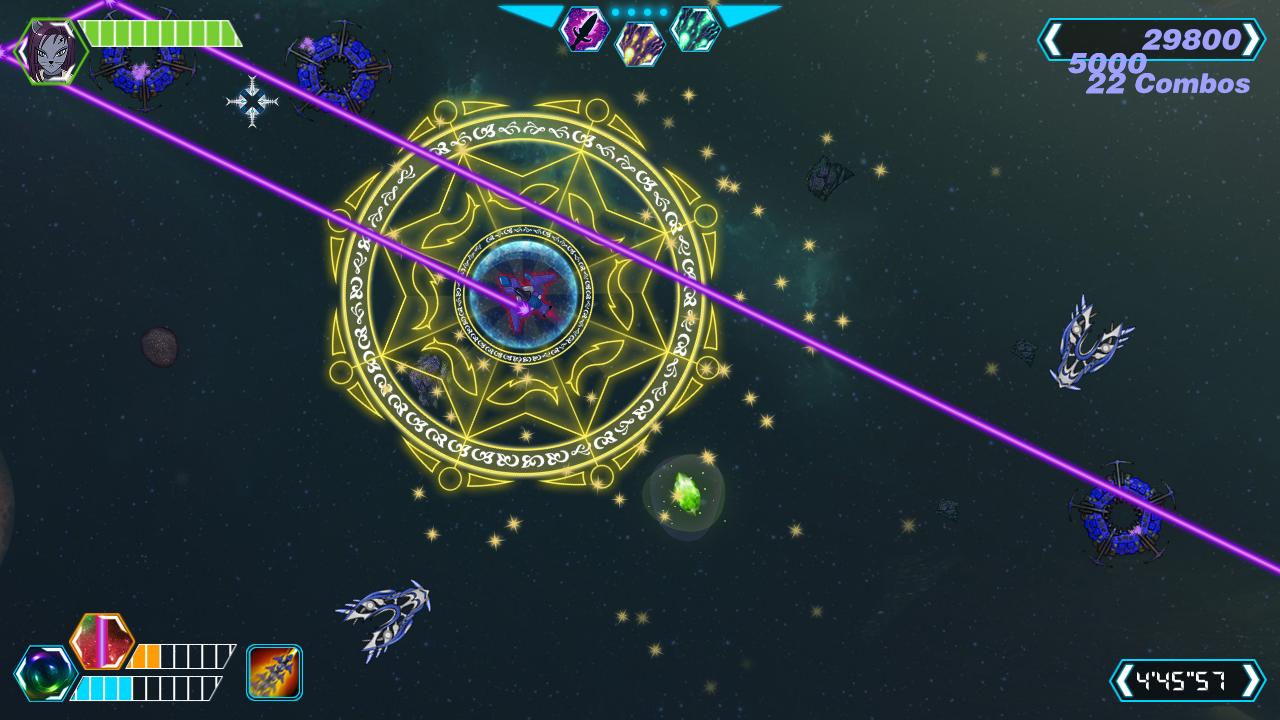 Weapon System
9 warships, each one with its own weapon system. Violet could pierce enemies’ armors, Crimson Serpent possesses excellent homing ability, Bubble Storm could drag the speed of enemies down after limit break, Kraken has low firing rate but could deal huge damage to enemies. 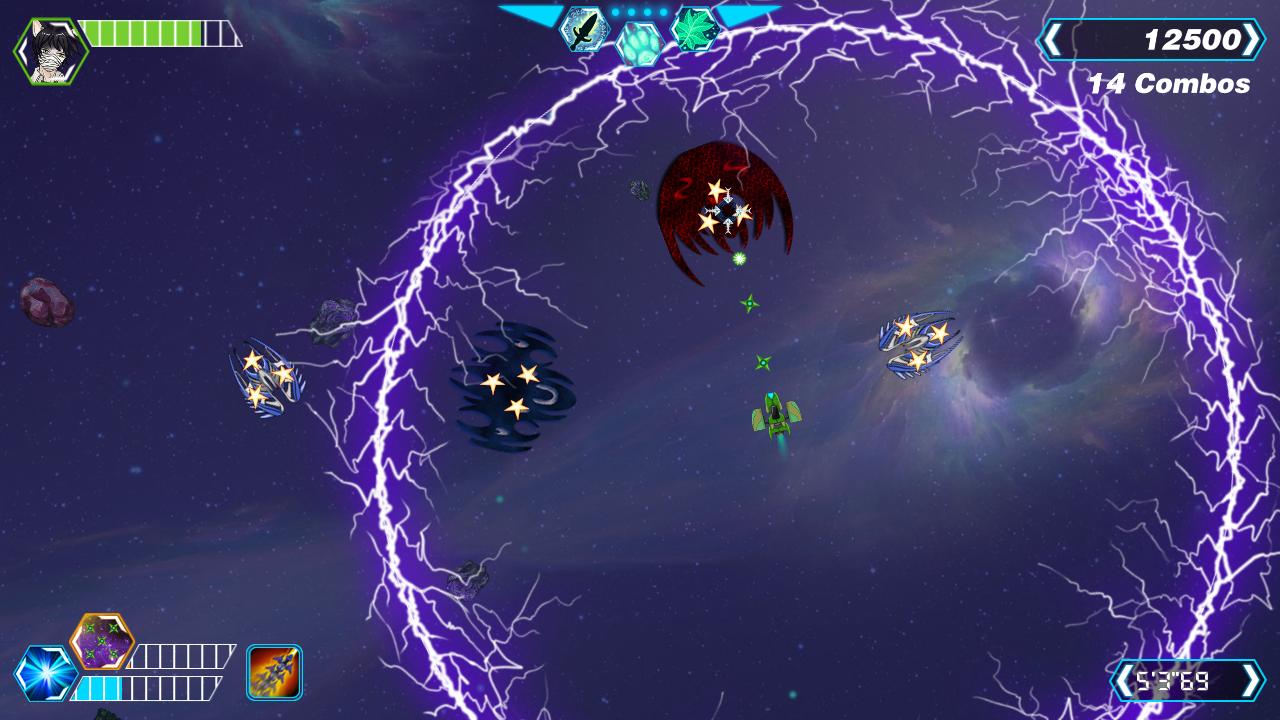 Various Enemies
The enemies are different not just in terms of bullet shape and attack power. For example, some enemies could forcibly change your shooting direction with magnetic field. Some enemies may be bad at attacking, but they could protect other enemies by generating a shield. Boss units could set you in different abnormals. 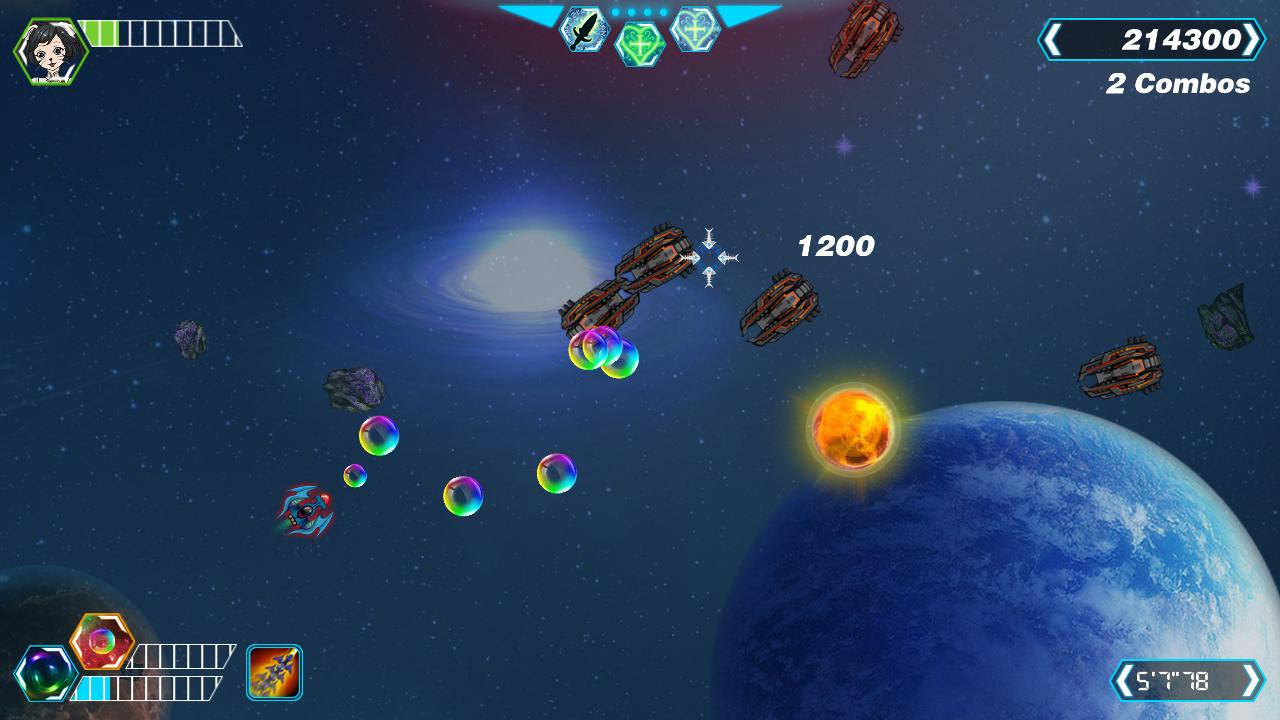 Game Progress
Unlike most bullet hell games, Boss in this game does not await you at the end of the level, but appears among normal enemies. It is a challenge to battle against the Boss while trying to ensure that the combo wouldn’t stop. You will encounter a special kind of asteroid in the game, and destroy it in the right way would give you extra buff, otherwise your defense will drop significantly. At the end of each level, the number of enemies siege you would increase, and if you couldn’t keep your composure, you will probably fall at the last hurdle. 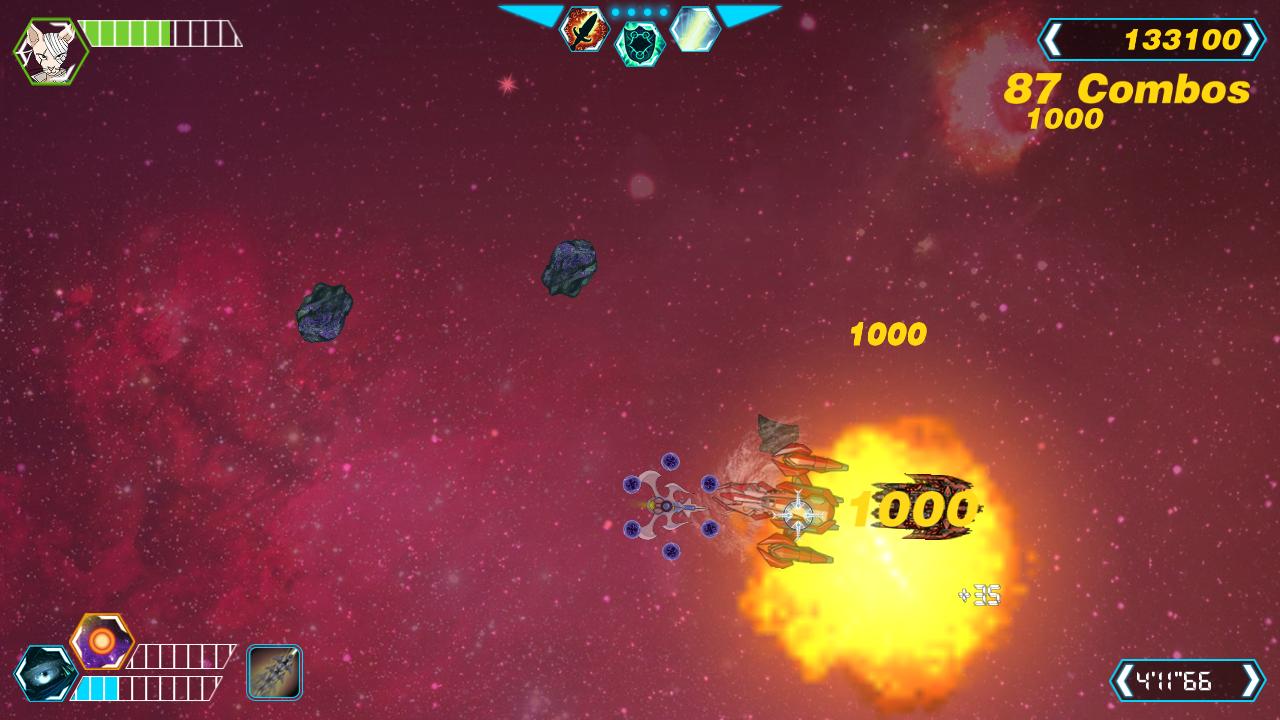