Just like most new indie groups out there, Final Element Games has a very limited budget for marketing. To help raise awareness of its Indiegogo campaign to fund Decimation's development, we have set up a Referral Contest especially for individuals that are interested in making the game possible, but cannot contribute to the campaign funds directly.

Help us spread the word! If you want to support Decimation, tell your friends and personal network about the project to help us reach more potential funders. Bringing in more supporters will go a long way towards making Decimation a reality.

As gamers ourselves, we value the community that forms around a game. And your referrals are part of that. Which is why we are running a humble, but important, Referral Contest: We will reward the top 5 people that have spread the word and directed people to Decimation's Indiegogo campaign.

At the end of the campaign (if the campaign's funding goal is reached), the five people who direct the most traffic to Decimation's campaign page via the campaign's referral links (found under the campaign pitch video on Indiegogo/see image below) will be awarded with the campaign's "Road Warrior" perk, our heartfelt gratitude in the form of a personalized thank you letter from the team, and the title “Networking Contributor” in the game's credits. 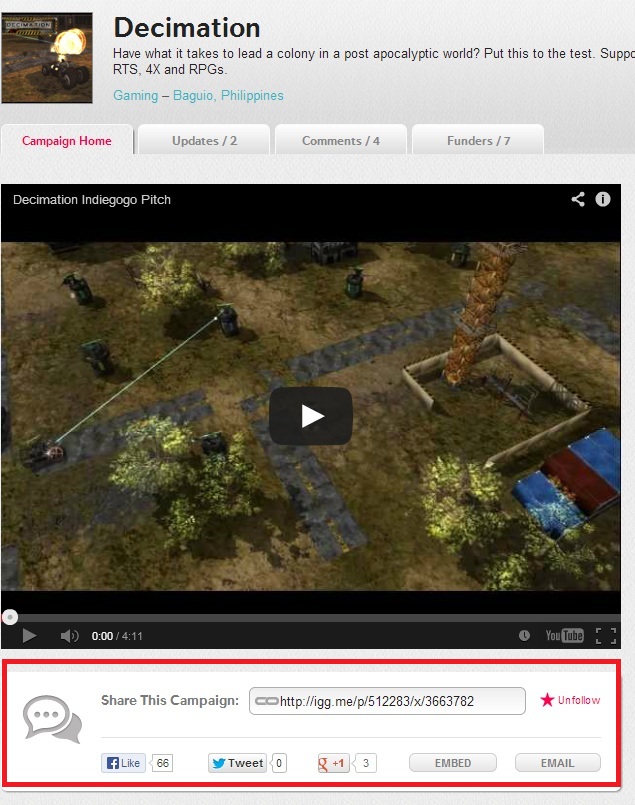 Moreover, the individual who raises the highest amount of funds at the end of the campaign (calculated as: your referrals' contributions plus your own contribution) will be given the distinct opportunity to design the colony's military emblem. The emblem is colony's link to its military roots and the symbol of its persistence in the wasteland. It will be used and displayed throughout the game: In the opening sequence and on colony structures & units. It will also be printed at the back of the Decimation campaign shirt. This winner will also get the "Road Warrior" perk, our heartfelt gratitude in the form of a personalized thank you letter from the team, and the title “Creative Contributor” in the credits. 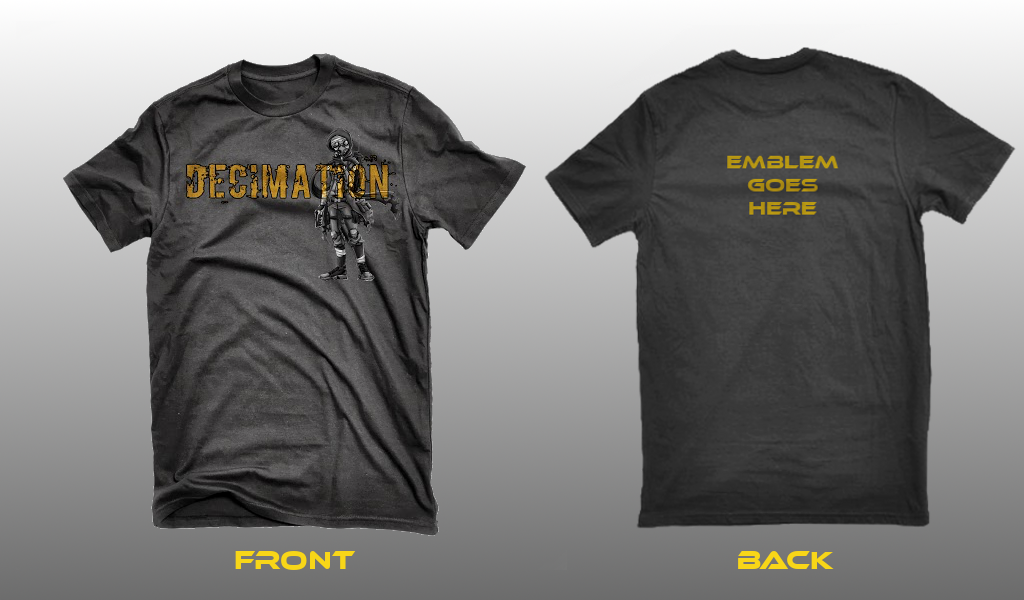 Thank you so much in advance for your support!