Told you I’d be back earlier than usual! Yes, Christmas time is here and so is a jam-packed December Update for 8-Bit Adventures 2 =) We’ve got a lot to get through (plenty of fun visual content too!), so I’ll skip my mad ramblings this time and jump straight into the content!

If you missed my previous posts, the website IndieDB has been running their annual competition highlighting indie games, and thanks to our wonderful fans (all of you!) we made it into their Top 100 – which is absolutely fantastic! But the competition isn’t over yet; now we’re in the running for Top 10 Upcoming Indie Games.

Getting onto this list would gain 8-Bit Adventures 2 even more visibility, and would be a definite feather in our cap. We're up against 42 other games, so every vote matters. You've all done more than enough already; but if you can keep supporting 8-Bit Adventures 2, I'd sincerely appreciate your vote =)

If you’d like to support us, please follow the link below and click the big red ‘Vote’ button next to 8-Bit Adventures 2! It'd be the best Christmas present you can give me ;) 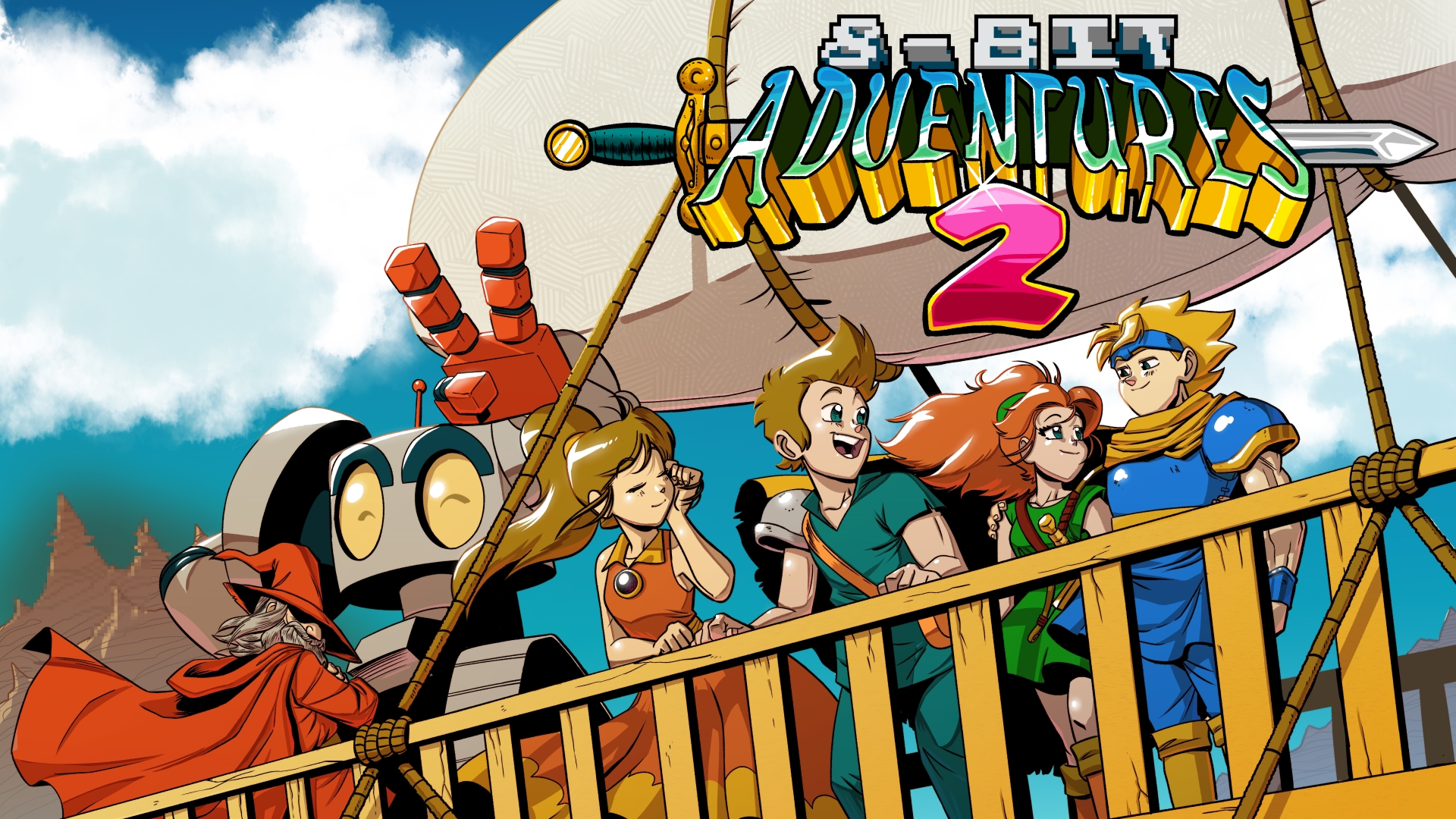 As I've said before, these discounts won't get any lower in the future, so now's the time to buy!

As has always been the case, every purchase goes towards 8-Bit Adventures 2's development. Most things are now fully paid for, but we've still got a few things to cover, so any and all support is greatly appreciated!

Last year in November, I released a sizzle reel showing off some scenes from the game. The video was unlisted, and while some of you may have already seen it, it never got many views. So I’ve cut out the initial minute-and-a-half of me giving an old progress report and re-uploaded the 2 minute sizzle reel portion of the video. So if you haven’t seen it, please check it out below!

I really wanted to make a new one this year, but these things take quite a bit of time and with the battle system’s turn order still in shambles (more on that below), it doesn’t make things easy. So I think at this stage I’ll make a final trailer closer to release and leave it at that. Don’t want to get *too* spoiler-y!

So as you might’ve gathered, the bugs I’ve been complaining about these last couple of months (especially the turn order part of the battle system being broken) still aren’t fixed. Sufyan (the programmer) has had things in his work life that have taken all of his time up and put him under a lot of stress, and he’s just trying to cope with it all as best he can – working around the clock. He’ll be back in (and is very much looking forward to) January though, so hopefully we’ll be able to get back on top of it all in the very near future. As always, I just want to be open with you guys on what’s happening =)

But let’s get onto the fun stuff! I wanted to show off a few more locations that you haven’t seen before – in fact these are some of my favourite dungeon aesthetics in the game. Specifically, we have a deep forest near Estriatus that’s connected to a fan-favourite subplot in 8-Bit Adventures 1, an underwater cavern that serves as the lair of an ancient ocean-dwelling beast (the diving suit returns!), and an abandoned, ruined prison complex which was once used to hold the Glitch and is now run by broken down, insane robots.

It probably doesn't mean much to anyone else, but the game contains over 800 individual maps - which is a lot haha! In addition to the massive amount of content in the main quest, this includes both meaty optional dungeons and small, one-off areas you can discover by exploring the World Map.

I’ve really tried to make 8-Bit Adventures 2 feel content-rich without sacrificing pacing or bloating the game. It’s a tricky balance to get right in a genre that so often leans too far one way or the other – I’ve definitely played some JRPGs that felt too long for the wrong reasons. So I often look to Chrono Trigger (one of the best paced games ever made in my opinion) and the scale of their content for inspiration (the size of dungeons, the number of enemy encounters, the structure and speed of battles, and so on).

I think the world of 8-Bit Adventures 2 has become really fun to just explore and run around in now that everything’s connected up. Truth be told, whenever I complete an area, I spend several minutes just sprinting around in it XD Mainly because I’m trying to see if any odd tiles stick out to me or if anything needs a last minute adjustment (I need to make sure everything looks and feels right) but…I also do it because it’s fun haha.

If you’re like me, then you enjoy seeing behind-the-scenes content from the games you play – especially concept artwork! Well, Jerram (the artist) gave me pretty much everything he ever drew for 8-Bit Adventures 2 (over 100 sketches) and I thought it might be fun to show this off – as something different for the end of the year! I personally enjoy concept art that looks a little rough and early (sorry Jerram! =P), but I've tried to include a mix of types. I’ll definitely release all of these drawings in some form at one point, but here are just a few fun selections I made =) Enjoy! 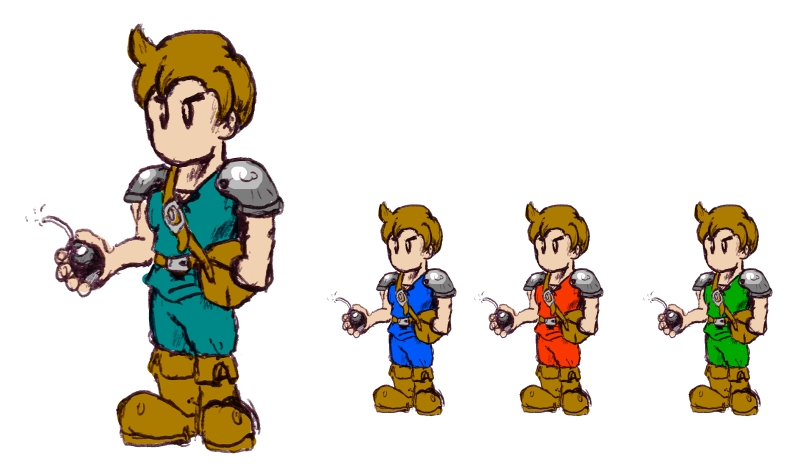 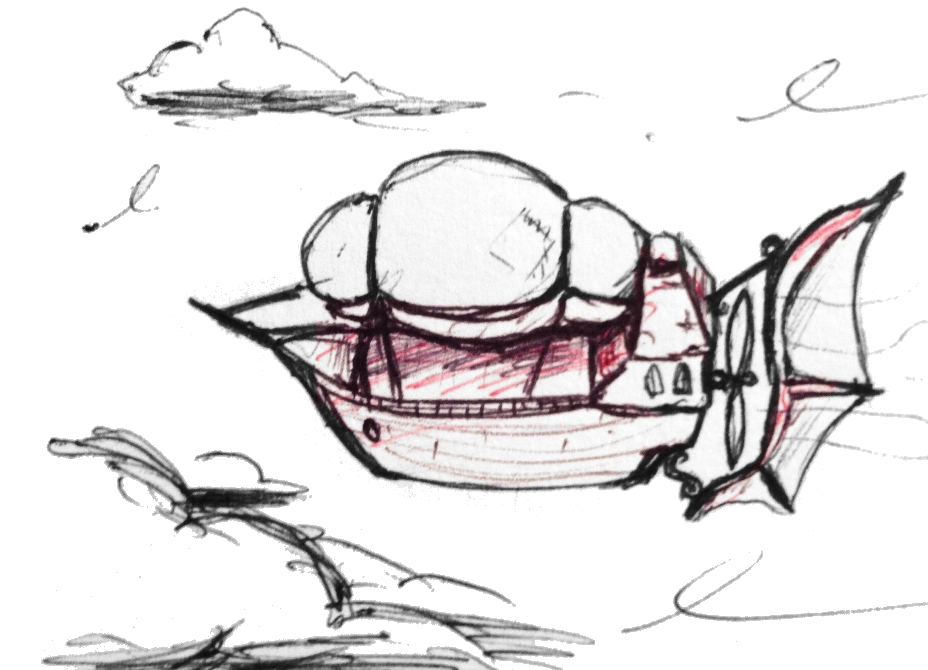 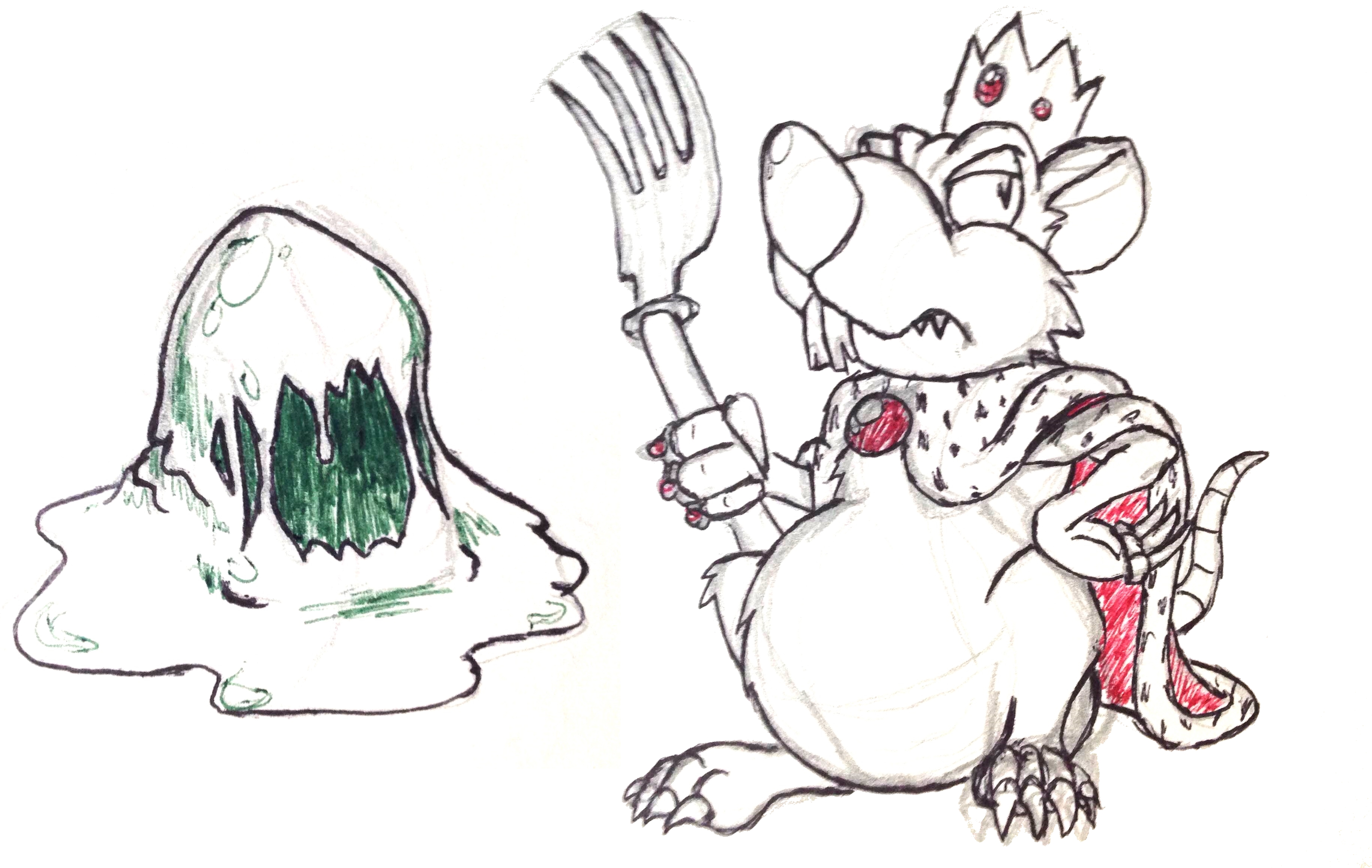 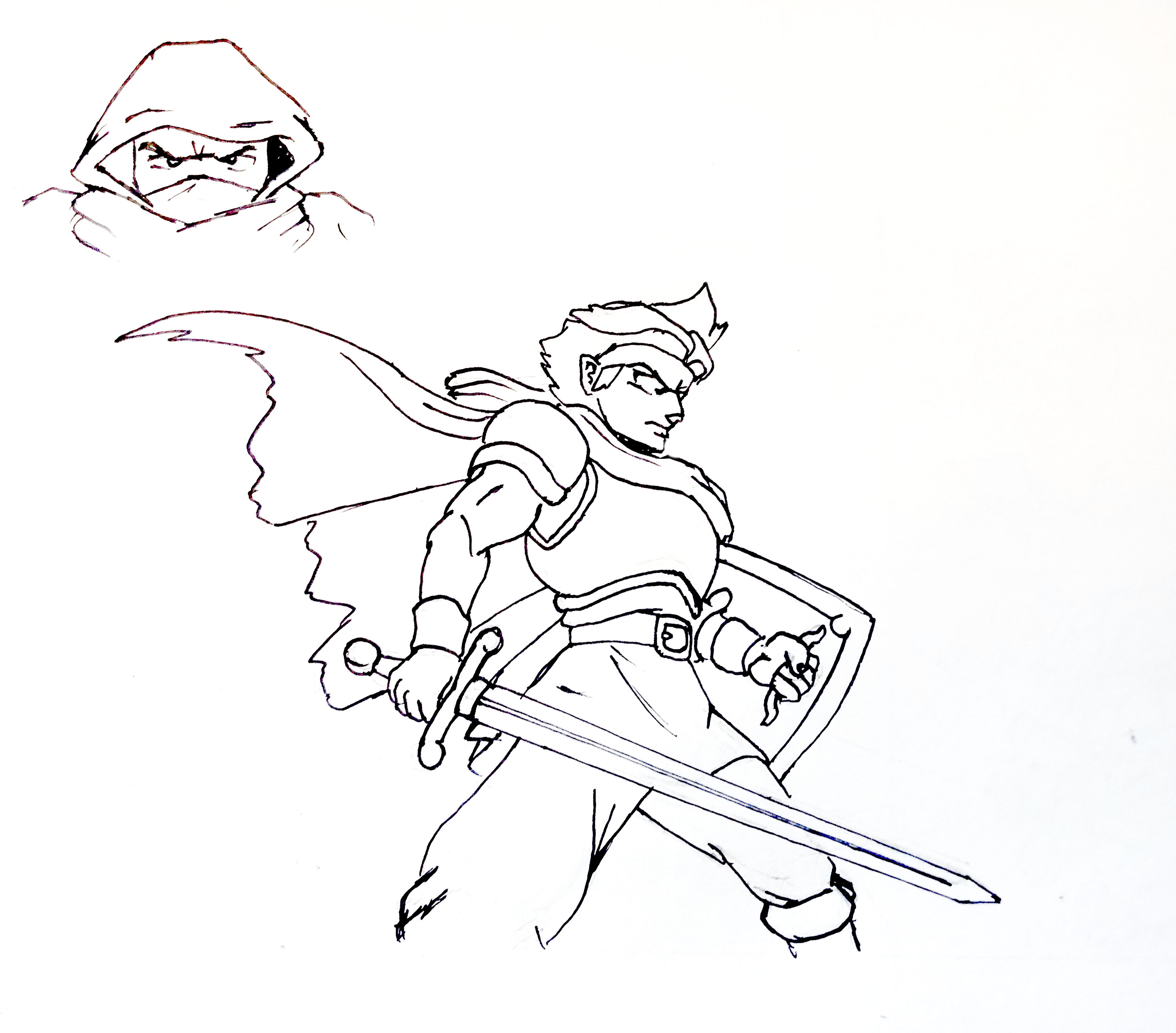 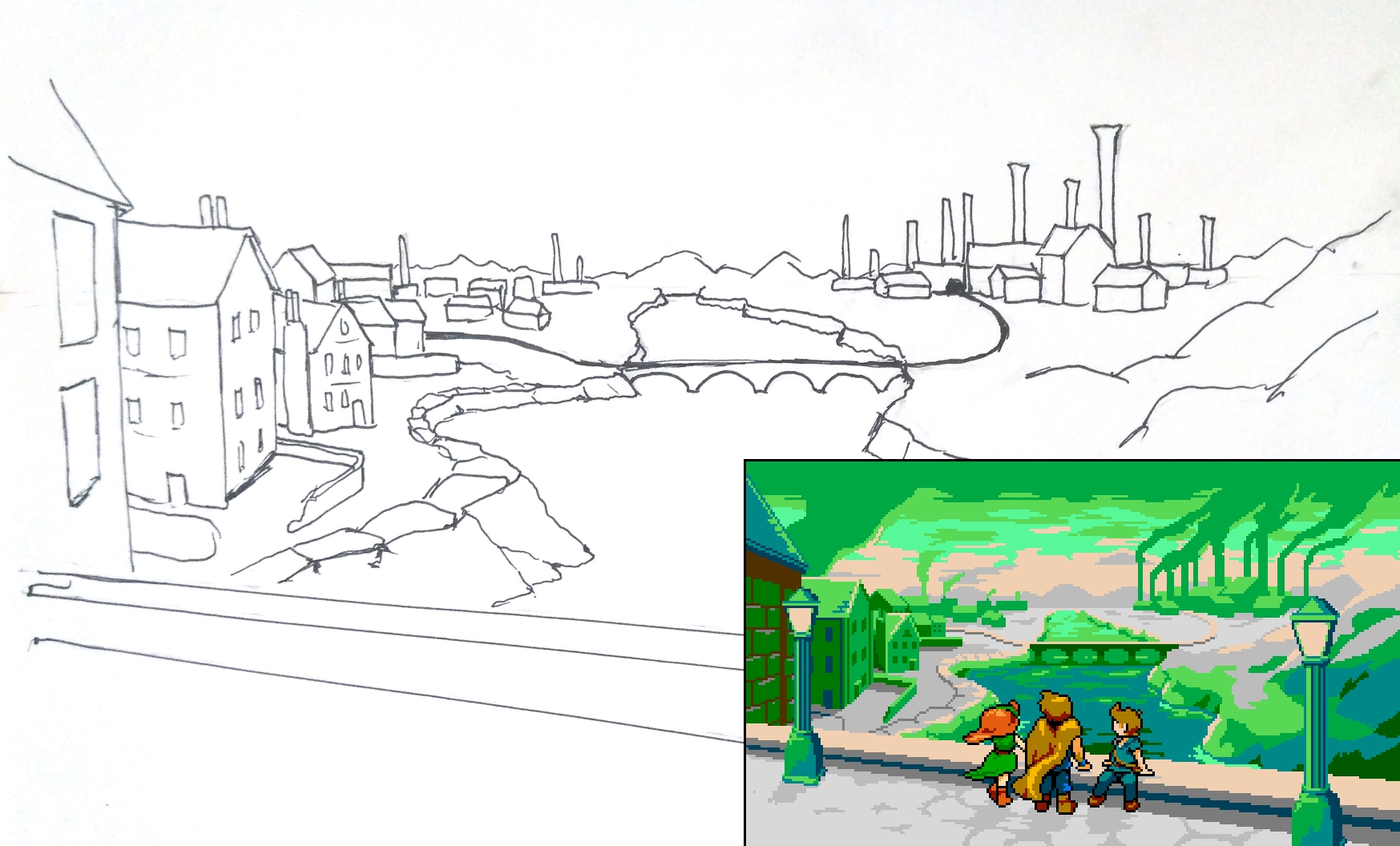 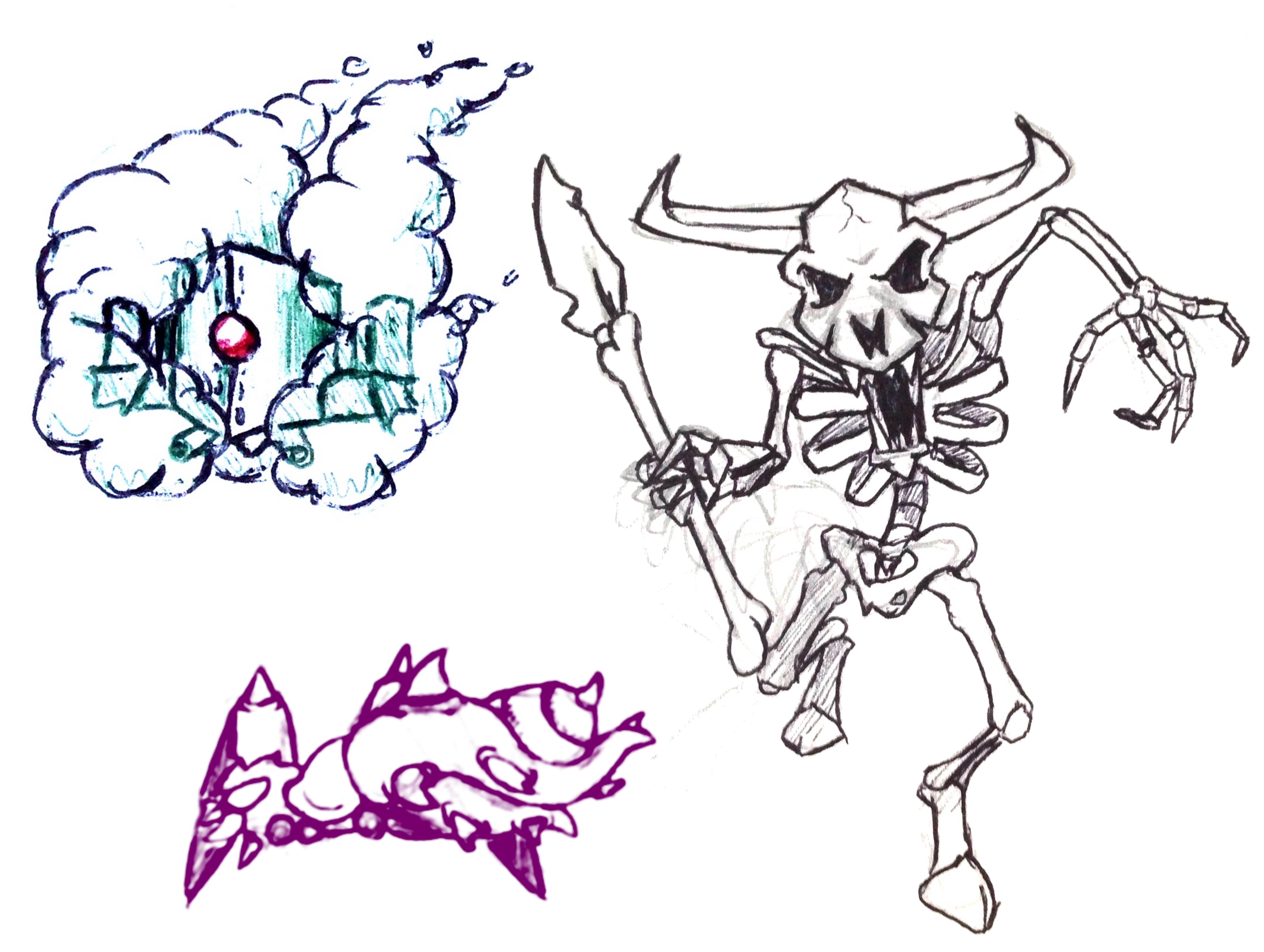 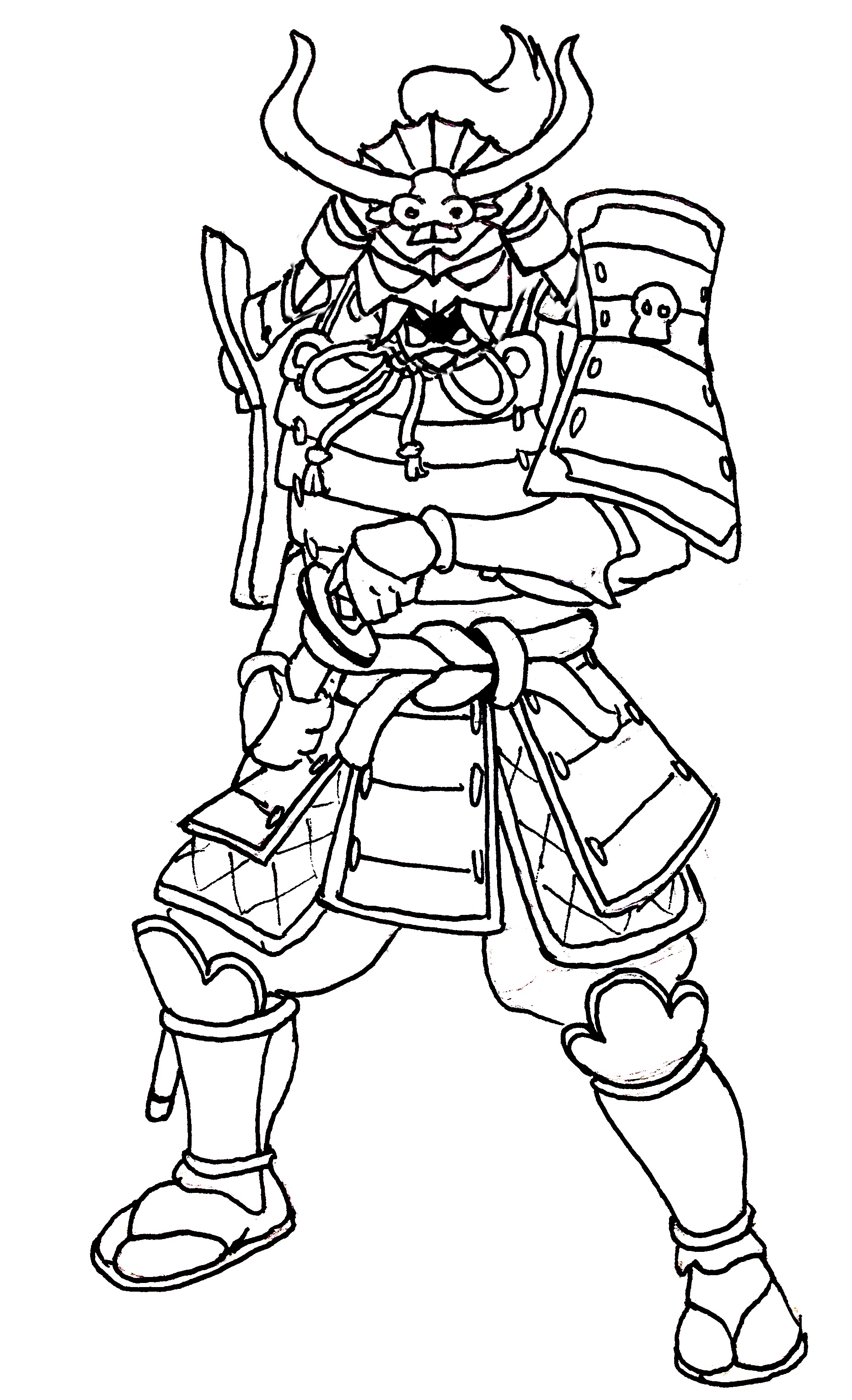 To make sure you don't miss any news, I recommend following @CriticalGamesAU on Twitter, as that's the best way I've found to keep up-to-date on news! Every monthly update is also posted here on IndieDB, and on the Steam Store page.

I’ve said it all before, but thank you – every single one of you reading this – so much for all your continued support and excitement for 8-Bit Adventures 2. 2019 has been a rough year in some ways, and failing to release the game in a year that I was *so* confident about definitely didn’t help that. But whatever happens – by hook or by crook – 8-Bit Adventures 2 is getting finished and released!

I know I say this all the time, but I honestly can’t wait for all of you to play it. I develop games to make people happy – that’s my goal - and there’s no greater joy for a game developer than players actually *playing* your game! I think even the most ardent of perfectionists (of which I can definitely be – at least, I take the time to get things right haha) wants that.

I want to wish you all Happy Holidays, a very Merry Christmas, and a Happy New Year full of wonderful possibilities and joy! Thank you everyone and I’ll see you in 2020! (You just can’t get rid of me haha =P)
~Josh