Take a bo peep at the new killer to avoid in game, the Soldier bear with perspective pics against player characters.

Posted by YummyVegetables on Apr 4th, 2013

As alluded to previously we have 2 new in game killer squad bears to avoid, the Soldier and Cowboy bears.

In this installment we introduce the Soldier bear.

Pictures taken from within our in-game play and test pen. 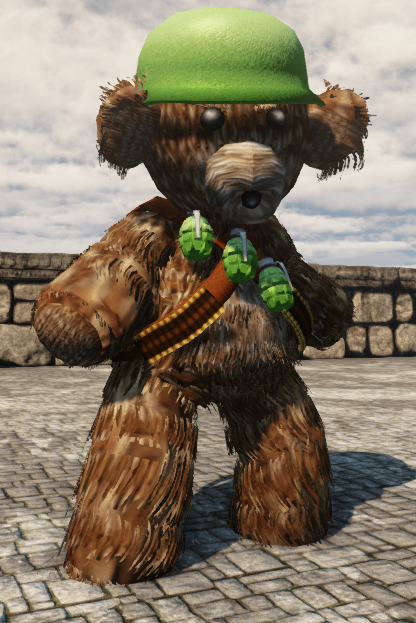 As you can see from the player's size, these bears are big, mean and not to messed with ... 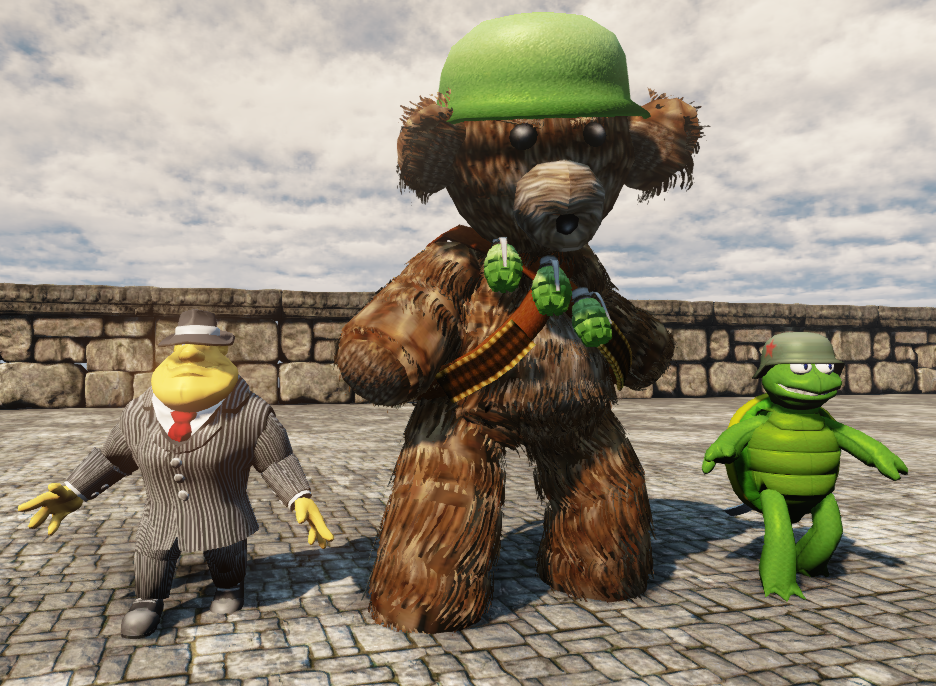 Cool, I wonder if there will be a cat character...(Love them)

You could have a green soldier (like those cheap bags of plastic soldiers with the base) You could have it either be a player or enemy but they would move by hopping.

Agree and yes they would be cool (we find your imagination never stops with this game), we do have the wizard (not the mini's) who has such a feature although he glides not hops across the floor (well he is a wizard after all).