Deadbuild 1.0.3 is here! The biggest change is difficulty settings and bugfixes!

I did not finish this patch as fast as I could have hoped, because I had an exam week.
But here it's now! I got some good feedback and i have fixed mostly bugs in the newest patch.
But maybe the most important add in this update is difficulty settings. 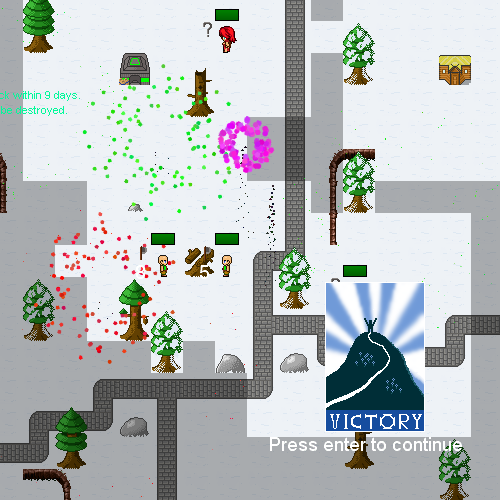 And ofcourse fireworks in victory screen!


Also here is a video how to beat the first level in Normal difficulty.
I kind of agree that it's pretty "hard". I have used to play SC and AoE pretty competitive.
But this does not really need so much amp (actions per minute),
more like good timings and making enough villagers.
Checking none of the villagers is idling and that you have towers in right places.