A short summary of what happened in the fifth day of development.

So, a few new puzzles were added in Chamber 1 that are mainly skill-based as most of Chamber 1.
Along that I added a new mechanic for new items called Voxes. I plan on having them as a collectable that will decide your score at the end of the game.
A new design feature is the particles that are created by colliding with the Do, Re and Me fragments of sound. Each of them has its own set of particles, but I still need to direct them,so you can see them more clearly. 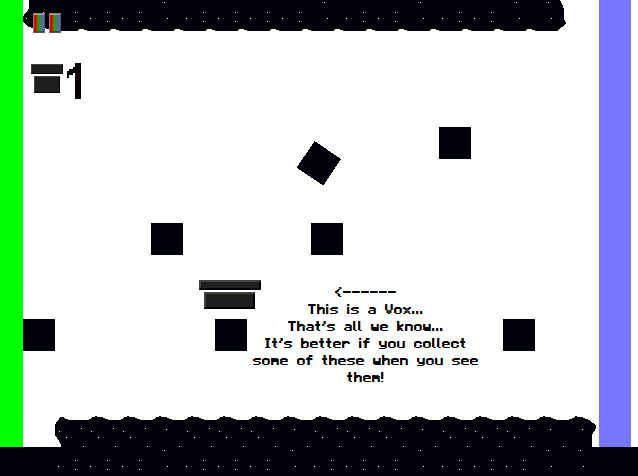