I am glad to roll out another update to the public version of Cypher: Beta 2.3!

Detonators were considerably worked on in this last release. A video displaying the work towards lag compensation of the detonators can be viewed here. Detonators now correctly damage the player shield. The health and credit delay that was being experienced in network games has been fixed.

Some movement of the agent was worked on. A player could sometimes fall through a floor on top of a ladder. On rare occasions, the agent could fall between the stairs and floor below it. These have been fixed. Player deceleration also no longer applies over ledges. 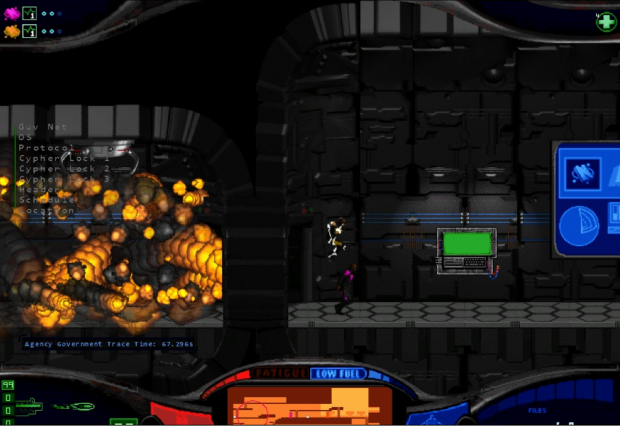 Additionally, the Cypher installer should create shortcuts now in the start menu. The start button was not enabling once a player has left a game.

If Cypher is already installed, it may be uninstalled to receive the benefits of the Cypher shortcuts.