Here's some rather geeky stuff: measuring responsiveness with a modded controller and a video camera.

There was a lot of progress since the last update, (mostly in the code)I worked on the enemy AI, and on various enemy attacks.I can't show you these things yet:(, but here are some other things I worked on: 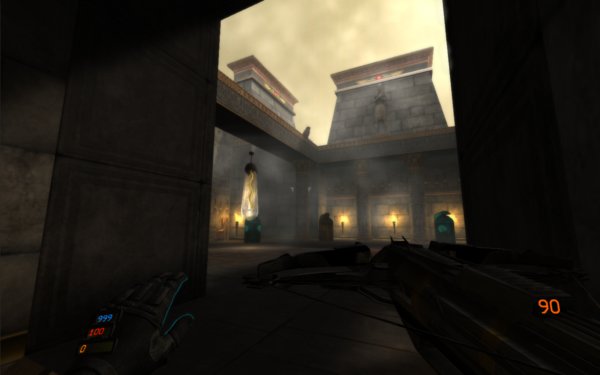 I removed all the '2d' onscreen HUD information and readded it to the player hand model as 3d elements; the HUD is now part of the player's suit. (like in the Dead Space games). 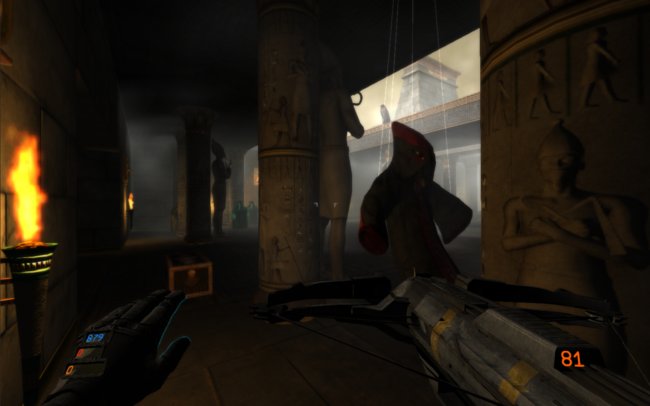 The graphics is(still) work in progress.The functionality of the HUD is not going to change (too much) before release, but the graphics will be different... 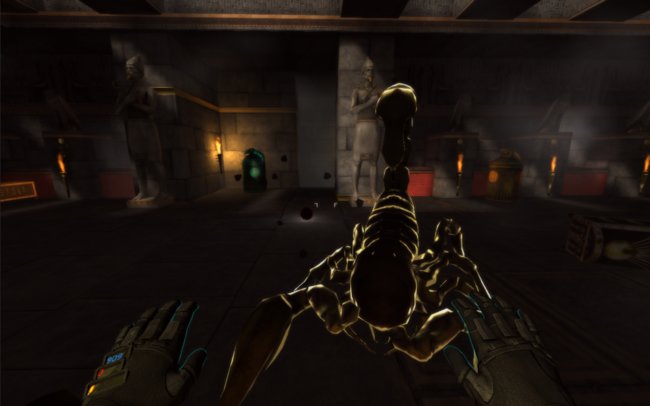 Also, I managed to measure the responsiveness of my game, here's how:
Last year I've read an article about measuring responsiveness in games :
Gamasutra.com
I really liked the idea of measuring the responsivity with a camera, so I decided to try it for my game.
Here's my modded controller: 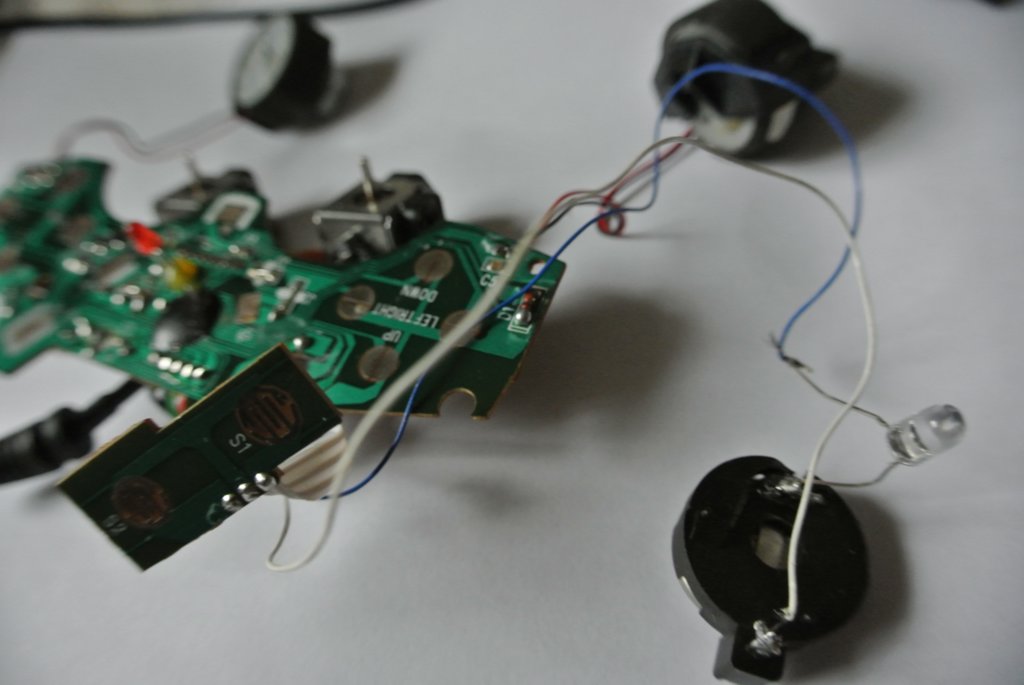 After connecting a led to the FIRE button, I was lazy to reassemble my controller , that's why it looks like it's blown up or something;
The technique (explained in more detail in the linked Gamasutra article above) to measure the responsiveness is this:
1.Start a gameplay session.
2.Press record on your video camera which should record both the monitor and your controller in 60p or in other words 60 frame/sec.
3.It's best to use a modded controller (like the one above)which turns a led on if you press the Fire button.
4.Just press fire(or whatever button you connected the led to), and in the recorded video just count the frames (starting when the led turns on=FIRE is pressed) till the action starts on screen.

The video of the responsiveness test:

So it looks like the game waits 6 frames and the action starts at the 7th frame after pressing FIRE.
some additional information about my pc + gear, etc...:

Thank you for checking out this update!