Not to easy to beat the cubinator mobs, because your own shoot/projectile/impact is dragging them towards you, debris is blocking your path. The Ai is not perfect, but not only search and destroy and i like it, how it works now as perimeter defense.

I added some basic animated modular Cubinator meshes, as perimeter defender.
They are doing a good job.
Every piece/module could be swapped out, and you get some nice variation.
Much to learn for me, inside UE4 to get it running smooth, but for now it works.

Fighting is only one aspect in Beams. When you want to build a saferoute, you could do that, but you need blocks for that.
Some blocks are placed in the level, others you could "generate" in some form.

Next update will have some morphing plants (growing), or something else about a "blockgenerator"
I have later to setup some functions for the powergrid and connected units.
Timer will be added and there is a goal in the map/level (reach location).

The AI is usable in many cases, it could theoretically defend the player against others. 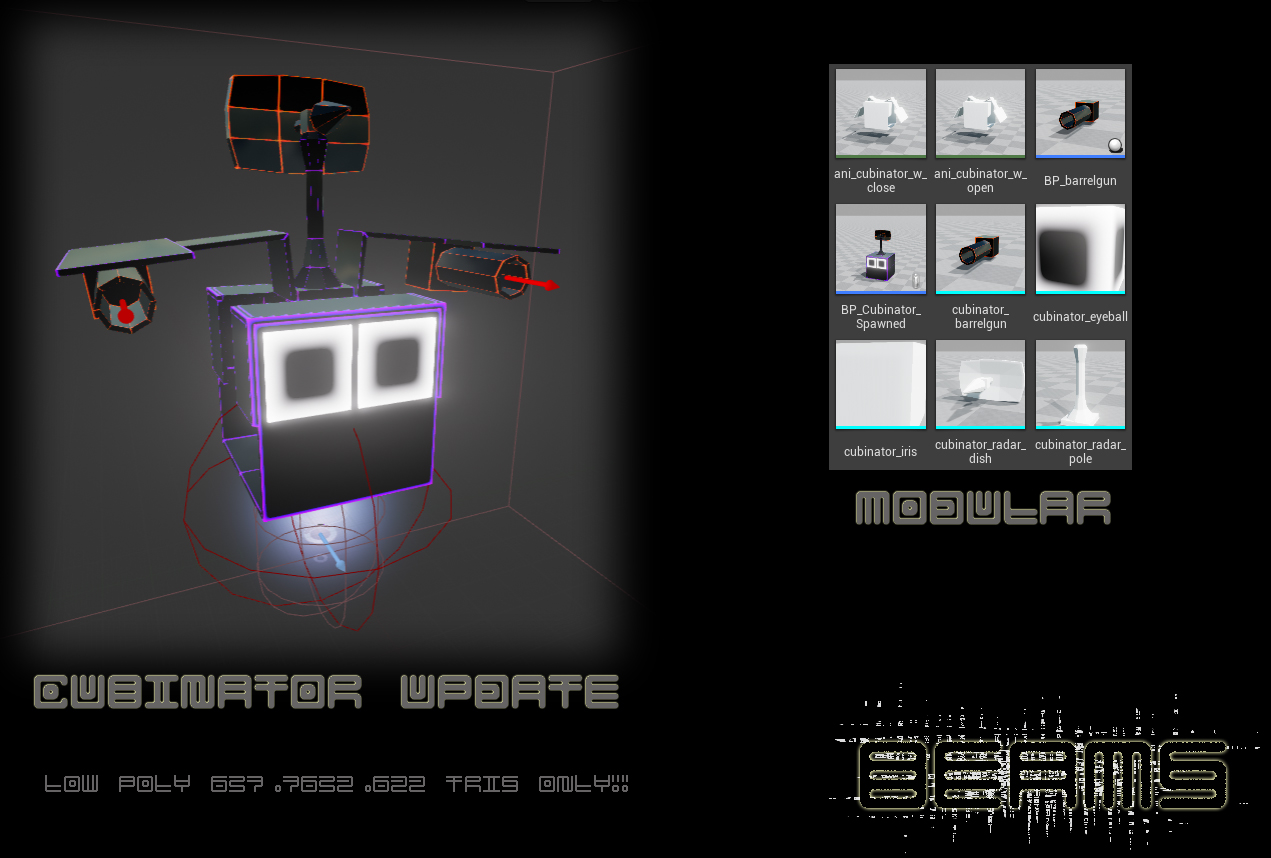 Some modular lowpoly meshes. I use them as decoration and functional stuff.
It shows ,where the energy is flowing direction/location.. 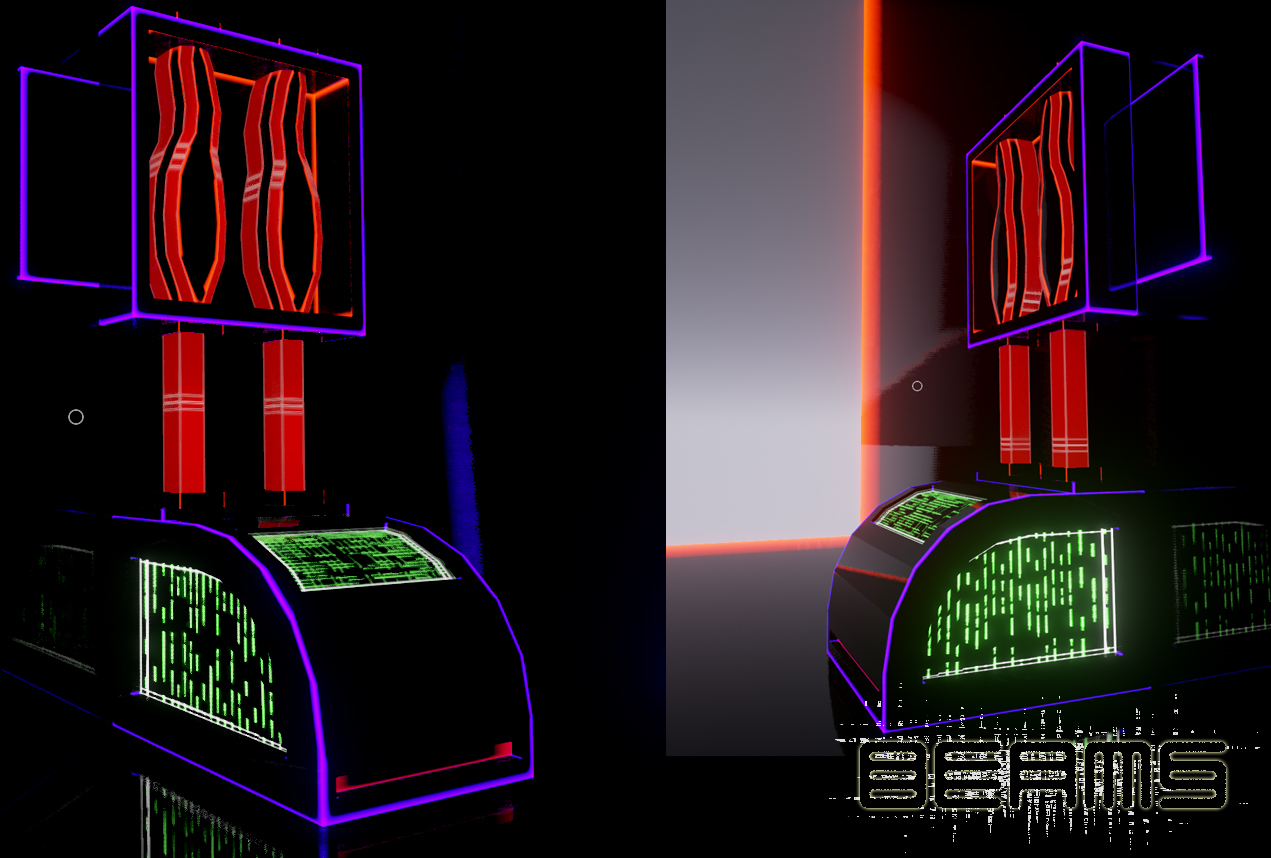 Some fresh umpalumpa energy transmitter for the powergrid.
It needs only some effects here and some particles here and there.
I have really fun, doing that, can you hear it? ^^ 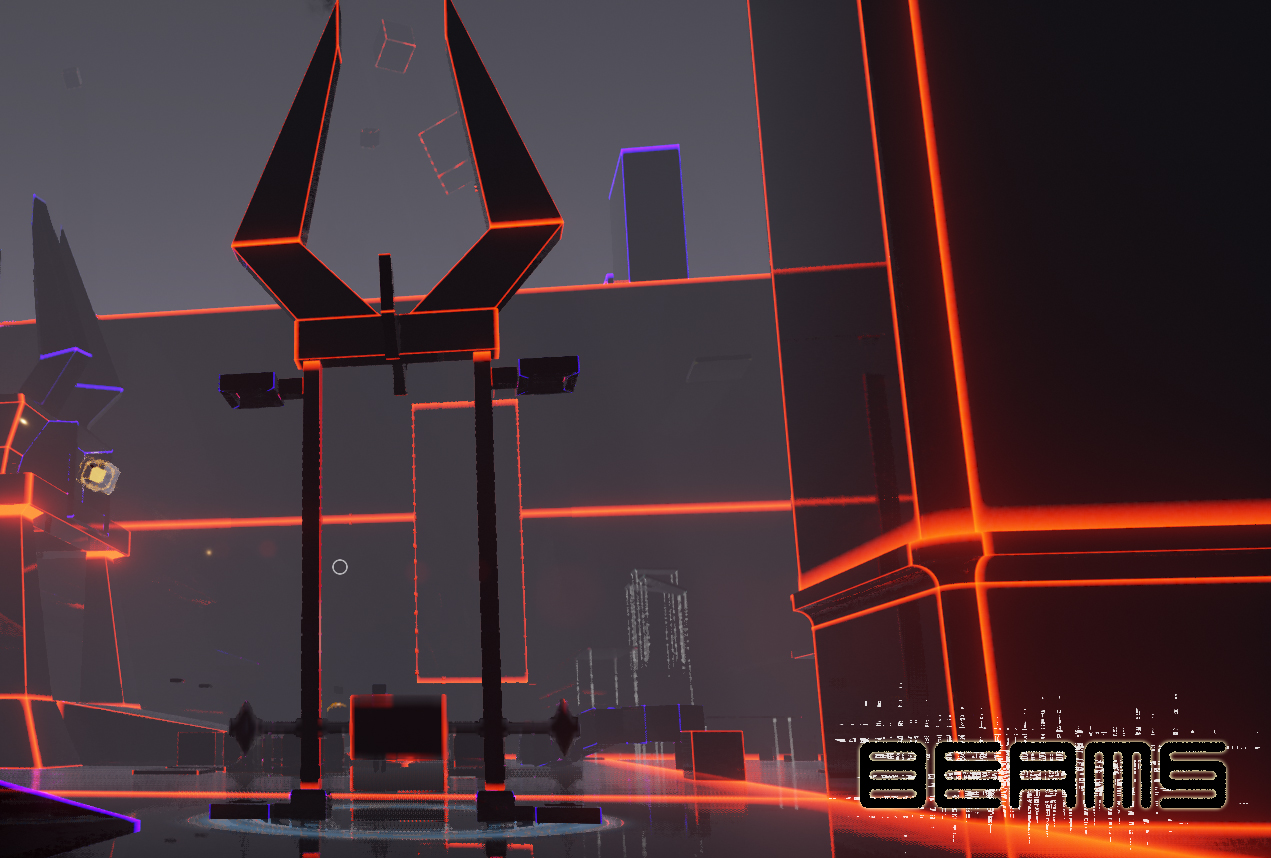