In this blog entry we are talking about our newest title - CryoFall!

Greetings! As some of you may have seen already, we've just announced our new game - CryoFall! This project is something we've been thinking of making for quite some time - it is a server based open-world survival multiplayer online action.

At the moment we estimate that our brand-new Renkei engine can easily support comfortable gameplay of over 200 players per server. As you can imagine it enables quite a lot of player interactions. And here lies the main feature of CryoFall - unlike many "typical" survival or competitive openworld games CryoFall focuses on creation, rather than destruction! So, the more players are engaged into economy the better the experience becomes.

We're currently working on the CryoFall fulltime and the game progresses at a quite fast pace. So, we decided to share the first look of the main game window. This is something that you will see when you boot the game for the first time, so why not start here? 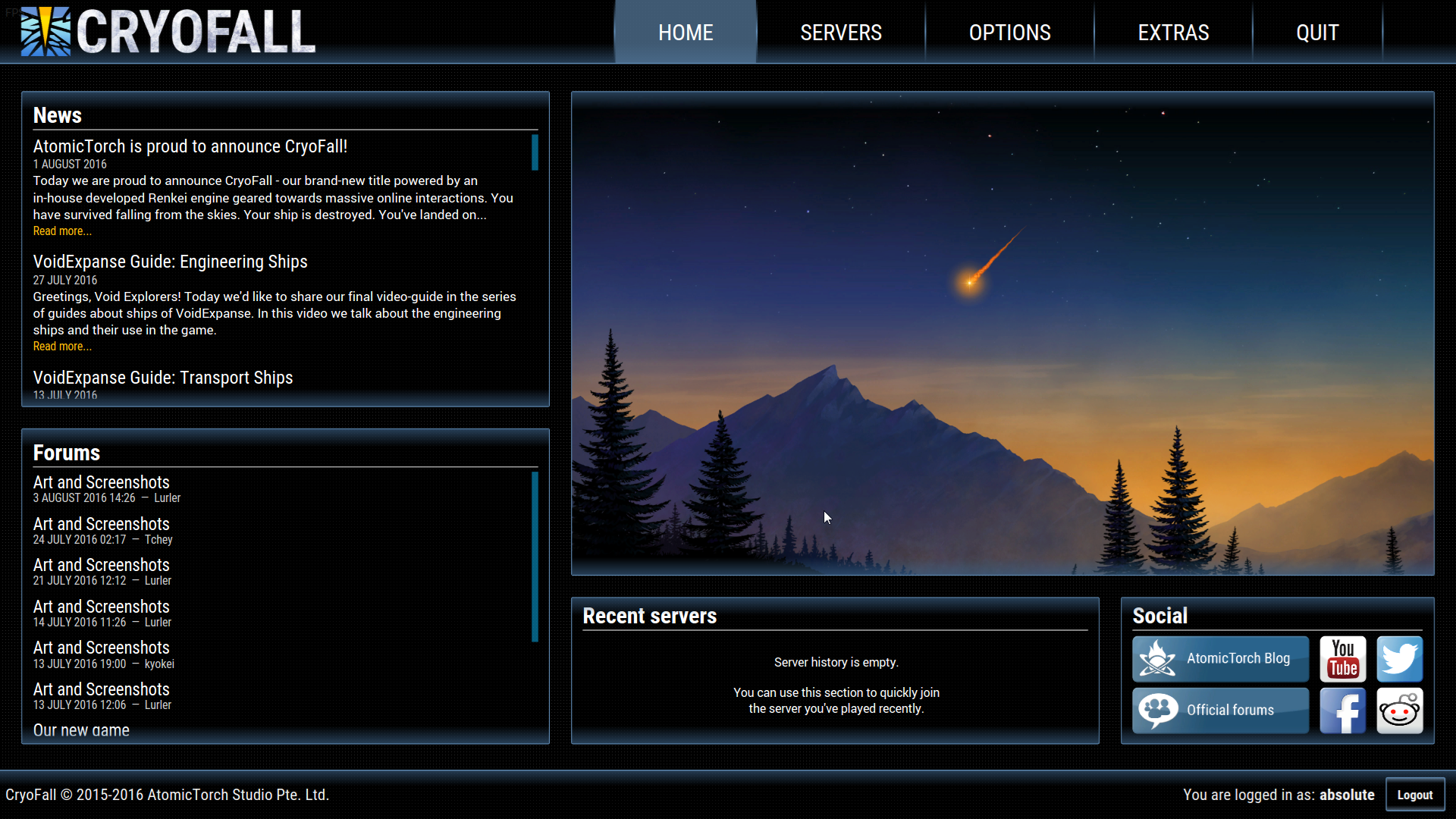 As you can see, the "Home" screen hosts a number of blocks:

Now, let's take a better look at the "Servers" tab. There you will be able to choose one of several server categories:

And there you have it! First look at the first screen that greets you upon launching the game.

Please note however, that everything we are showing is still a quite early WIP version and some of the things we mention may be subject to change.

Please follow our blog for more info on CryoFall developement and don't forget to share it with your friends if you think it is something you can enjoy!