An massive update has been released with the latest version of the Free CryENGINE 3 SDK 3.4.0. Most importantly introducing DirectX 11 Tesselation support. 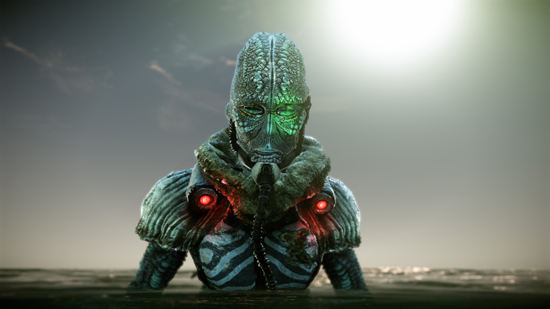 Among the key enhancements free CryENGINE 3 SDK users can look forward to in version 3.4 are:

On top of these key updates, version 3.4 of the free CryENGINE 3 SDK addresses a number of bugs from previous releases and gives developers access to further improvements that include:

I wonder if anything better than this can be made :)

We can only guess what games will look like in another 10 years.

This engine just keeps on getting better and better!

**** Dx11 support!!! I so regret having stopped working with Cryengine.

look at that changelog, lol - it never ends

Absolutely stunning changelog but remember this isn't like the source SDK or something. All those props and animations and models in there, Crytek made themselves. So would any indie people that use the SDK. A lot of people don't really understand the point of the SDK currently since you're forced to make your own games from total scratch, and yet, can't release them paid-for. Its all a free license. So you're forced to pay out of pocket for models, animations, scripts and properties for your own indie game basically, but all you can essentially do is release it as a free mod.

In any case thats food for thought. This is still a ridiculously cool changelog, but not many people have the resources to make their own stuff needed to actually enjoy it, unless you like toying around in the 5x5 test map they have.

From what i hear, if your game is a serious project and is pushing the border of AAA, you can contact the license department of crytek to work out an indie license agreement. you just need to have something to show for it is all

Wasn't Nexiuz an indie game though?

I don't understand. If you are a developer, you will have to put in some cash and time in your project and gather a team if you want to make the next CoD. With Crytek you could develop the game, and make a deal with Crytek when your corporation is ready to go public. This is a sweet deal, methinks, very sweet. No overhead. ;)

I need to finish my current projects and move on to this stuff!

Crytek keeps amazing us, with each new update here placed by Duruk!!
thanks for keeping us updated Duruk. and each update makes me want to work with this SDK more and more, first need to finish my latest Hl2 sp-mod, then i finally can really start looking in to this all....

not working on my system...

Have yet to update my stuff beyond the first release. :p
I just wonder what is in store next, of course the fixes, but along the lines of major features.