Post news RSS Crushing the Olympian gods, one language at a time

This week's dev blog update is all about our take on localization using Unity.

Posted by SebastianGioseffi on Jul 28th, 2015

As Okhlos enters the last stages of development, we have to do more than finishing all the game's content, we also have to work on some features that may not be as fun or glamorous, but are important nonetheless. And at the top of that list was something we have been postponing for quite a while. Something that many devs have described as "an unfathomable development nightmare which will haunt us until the end of our lives"[citation needed]. Something called localization.

Most people think that localizing a game is just swapping strings in one language to another. And they are right. That's all there is to is. So we swapped some strings. It was very easy. We won and now everyone is happy. End of post. Or maybe not. Replacing text is just the start. One of the most important ones, yes, but sadly not the only one and not that simple either.

The good news is that, since we are working with Unity, we didn't have to start from scratch. What we wanted was very simple, something that takes a spreadsheet, parse it, create a dictionary and display texts based on that dictionary. Making this ourselves wouldn't take much time but getting an existing solution would save us not only a few hours of development time but a lot of testing too. So we looked into a couple of localization plugins in the asset store, but soon we found out that NGUI, the UI plugin we had been using all along already a neat little localization system in place.

This is how NGUI's localization rolls.

NGUI system is nice and simple. It has a parser that reads localization keys from a comma separated file, which means you can use a google spreadsheet to store the texts in different languages. Then, it creates a dictionary that can be linked to any NGUI label or be accessed anywhere via code. Just what we needed!

Soon we started working our first officially supported language: Spanish. As you may know (or figure out by reading the horrendous word crimes we commit when Pablo isn't around to fix them) English is not our native language, Spanish is. This meant that we could translate every text we had into Spanish with ease. We will still have to check a lot of things to make sure it comes across right in every different Spanish-speaking country (which is not an easy task by any means) but we can do most of the work ourselves.

So texts got translated, spreadsheets were spread, CSVs were parsed and, lo and behold, we now have translated ingame texts!

What kind of sorcery is this !?

But, as I said before. This was just the start of the ride. A long journey was ahead, with many an obstacle to face. What were those dangers we encountered, you say? Here is a list conveniently summing them up for you! 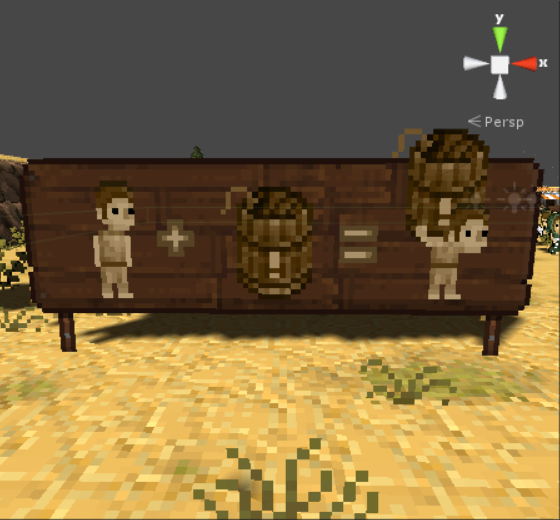 This is by no means the end of it, we will have to deal with a lot more stuff once we add more languages but for the moment we say ciao!