This week Ian talks about filling up the caves with monsters and some more game feel stuff.

Hey everyone, Ian here, game designer and artist for Crimson Keep. It's been quite awhile since our last update. We've had a lot going on between applying to conventions to show off the game, working to get another demo out for y'all to play, and just general busy-ness in our lives.

Our game is heavily focused on combat at the moment. In the end there will ideally be a nice mix between combat, upgrading/leveling, and exploring. Right now combat is a priority though, and as such we need enemies spawning in each room, so I completed a first pass on enemy compositions and spawn points. Ben created a group spawner script that allows me to plug in spawn points, and groups to spawn at those points randomly, I can even set a weight on how likely it is that each group will spawn. 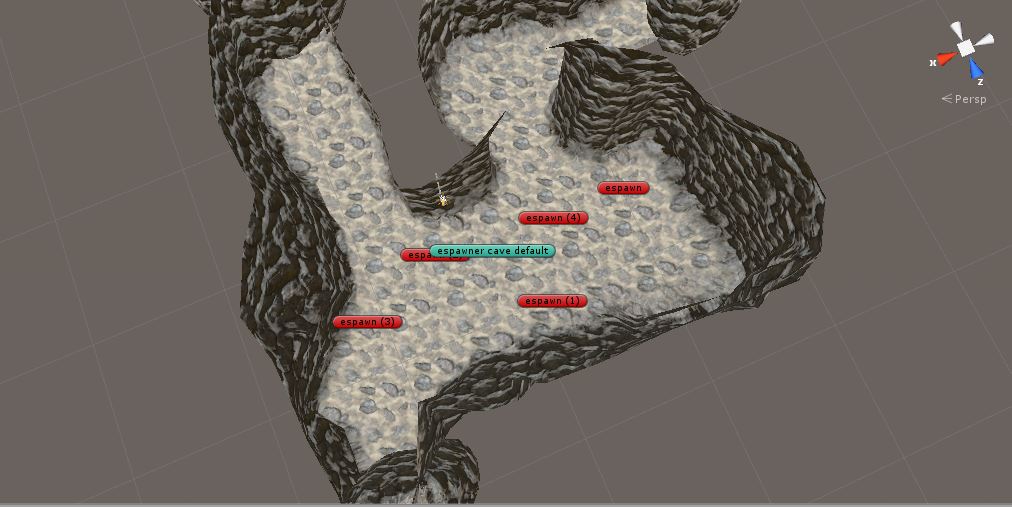 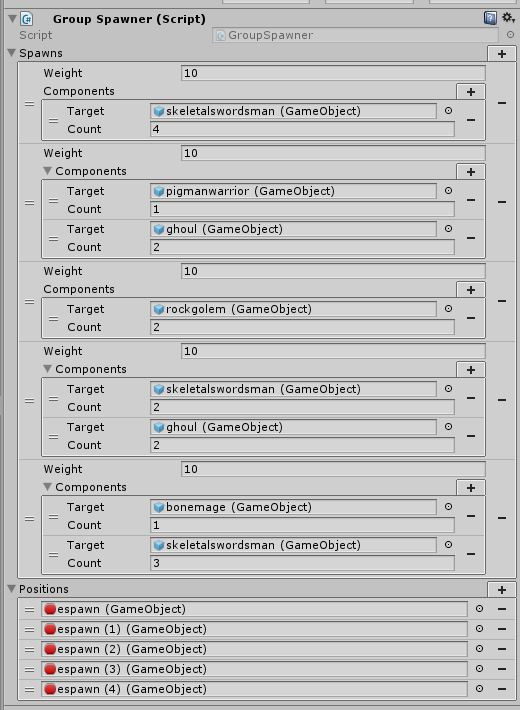 Knockback is kind of an interesting game mechanic, as I think it serves a game feel purpose as well as adding some depth and decision making for the player. Once Ben coded it in I added a small knockback to the player's basic attack, and it definitely feels great. I also put a strong knockback on one of the Skeletal Swordman's attacks, which can catch you off guard and launch you into a lava pit if you're not careful. I also added it to the berserk buff ability which needed something a little more awesome, and now knockback can be used as a sort of crowd control!

You can see a little bit of the knockback vs. this rock golem, but there's a better example in the youtube video. I've been messing with the rock golem a bit too, and decided to change it's weakpoint from a small area on it's back to it's legs, like it's a magical golem that wasn't quite ready for combat. This makes it easier to kill, but still introduces the player to the idea of locational damage.

Continuing the game feel trend, we've finally got some giblets! It's nice to have some evidence of your battles to be left behind besides just corpses. In the end we'll likely have blood splatters on the ground, an alternate beaten up texture for corpses, and if you're good, maybe even some kind of dismemberment!

These gif's also do a decent job of showing off the new weapon trail FX that Ben got hooked up. Look forward to seeing enemy special attacks with special weapon trails!

Last but not least, to make our next demo feel a little more complete, Ben's gotten character persistence working, so that you can cross into other scenes and retain your level, abilities, xp, etc. So as of right now Crimson Keep can be played forever! When you get to an exit (the ladder thing) it will put you into another cave.

Thank you everyone for your continued interest in our project. We're starting to get really excited about the future of Crimson Keep, and can't wait to get more people playing it. Stay tuned for more updates, and if you'd like a chance to play it sign up for the friends and family alpha here: LINK