Second enemy model for the game, another variation of Crigan's Warriors.

I create 3 basic of Crigans for use in the game. The first version it is complete on game, with rigging, animations and IA (refining it).

The second version of Crigans is the Criganato, the idea is he have a troll look, with scale major of the basic Crigan and walk slow but have a strong cannon in his hand .

The concept of the model and here the full view of model: 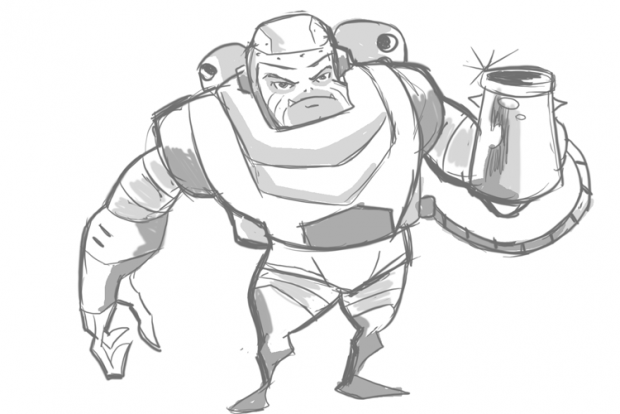 A frontal fullview of model (only diffuse map): 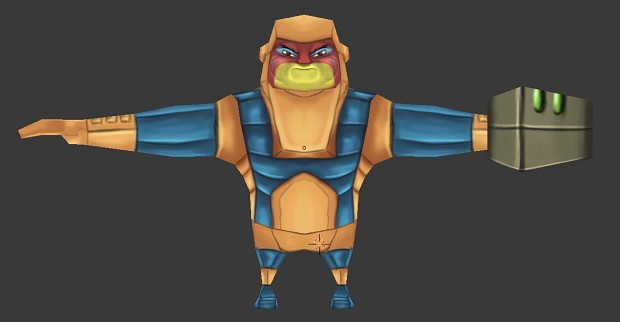 Wireframe and others views of the model: 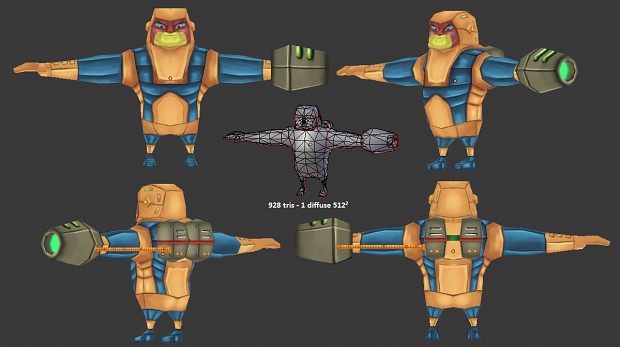 The next step is work on rigging and create the animations expected by game engine (for while walking, shooting and dead)