After months of bug fixes, additions, refinements, and enhancements to Crash Co, I finally feel that it is ready for Steam Greenlight!

First and foremost, I would like to present the Steam Greenlight trailer:

Otherwise since the last update, there have been a number of new vehicles added such as Compression, a mech that smashes down on to the top of the buildings: 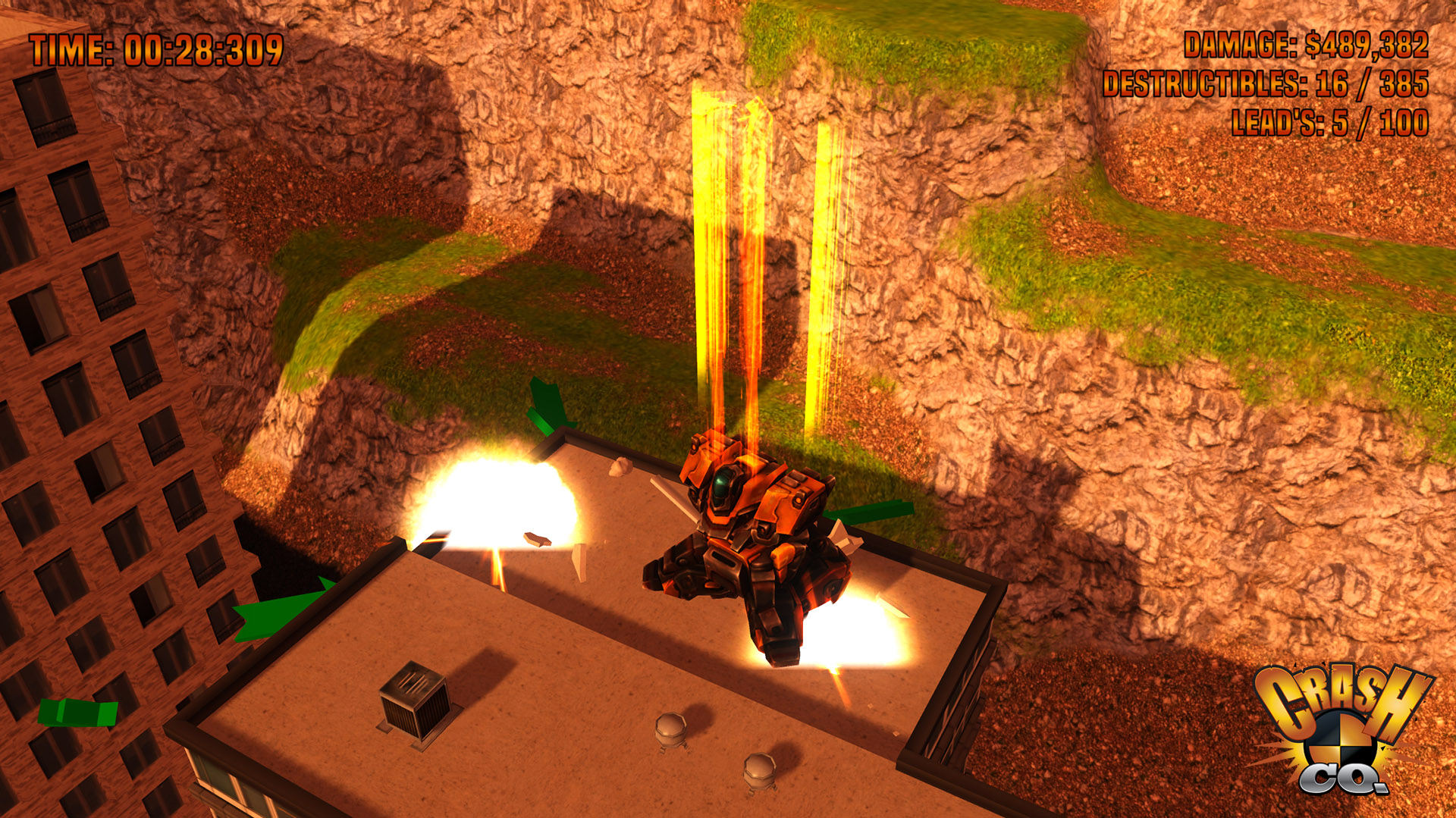 As well as a (yet unnamed) tank which can rapidly fire missiles: 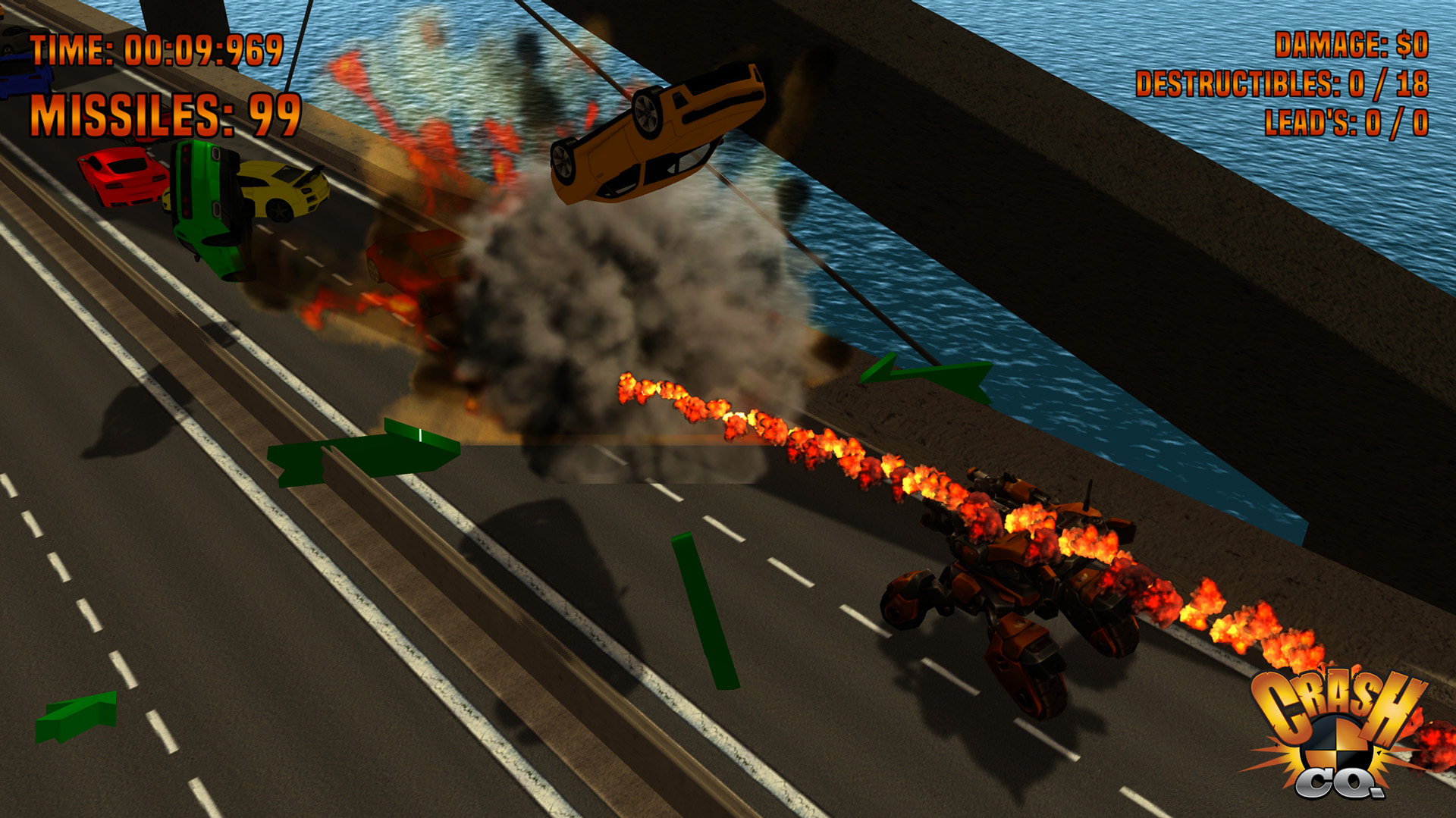 And that doesn't even detail any tweaks to the handling of the vehicles, bug fixes, additional effects, and levels! Rest-assured, things have come a long way since the original concept was posted here!