It's been a few months since my last update but that doesn't mean there haven't been a number of improvements to Crash Co!

Let's face it, the buildings in Crash Co. were due for some refinement. These were still the original buildings from my prototype days so suffice to say, they were a bit ugly. Being nothing more than cubes with a texture meant everything about them looked flat. They got the job done, but there's no reason that I couldn't add more detail; so that's just what I did. Below you can see the transition from old (right) to new (left): 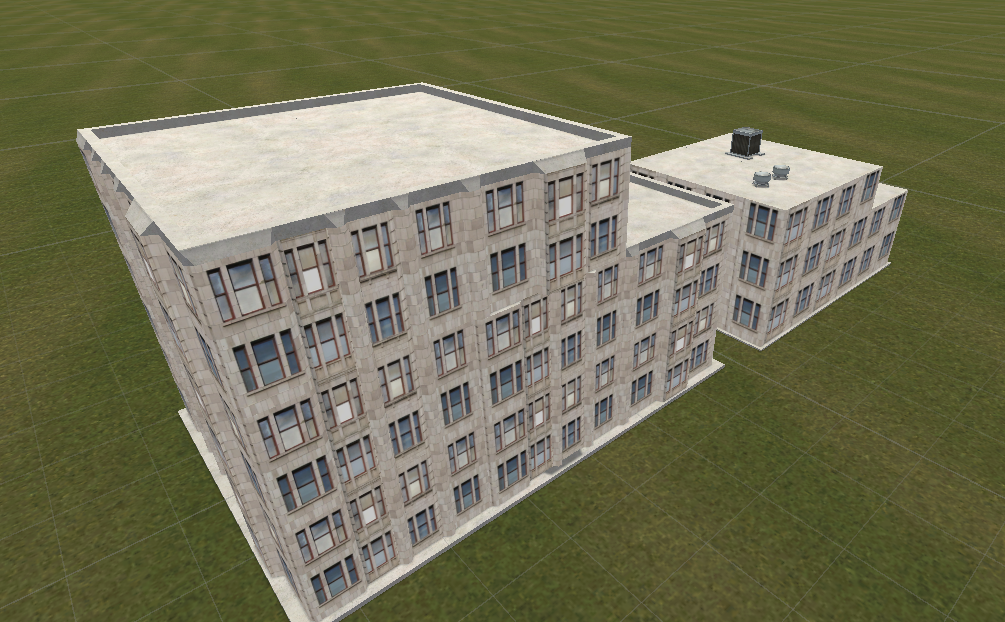 Despite having added more detail to them though, they still seem a bit lifeless. Enter reflections! After having (finally) decided to learn about Reflection Probes, I decided to put them to use and generate a reflection at initial runtime (not in realtime though as that is far too expensive). Despite the lower quality of the video below, I am quite satisfied with the final effect.

With the buildings looking far prettier, it was time to turn to the stars of the game - the vehicles. Having only 1 mech wasn't nearly enough so it was time to add another. Instead of firing fists that bounce off of buildings, I went for a simpler approach - a mech who spins havoc. Inspired by Crash Bandicoot, I took the fun and simple spin idea as an attack and ran with it. But don't think that you can just spin your way through whatever is in your way as hitting a building with more health than your spin attack puts out will push you back (killing your current momentum).

Finally, last night I decided to play with weather effects. I quickly found that it was impossible to have rain particles falling throughout the entire scene without killing performance so I used a simple workaround - render it with a separate camera that never moves. I place this camera in a hidden part of the level with the rain particle system (a fairly small one at that) and set the camera to only render those particles. This is then overlayed/mixed with the main camera creating a scene that looks covered in rain, but at a far less-expensive cost.

Granted, you won't be able to look up or down at the rain falling at (or away) from you nor seek shelter under a bridge where the rain isn't falling, but I feel the savings in the performance department make up for the lack of realism.

I hope to have another playable demo out soon showcasing these new features and additions so keep an eye out!