Crab spawns as the tide changes, selectable hair colours and decay effects are some of the changes we discuss in this update.

Posted by PokingWaterGames on Jun 9th, 2016

Firstly, here's a short video demonstrating some of the new features in the game. If you prefer to read, the fuller description is below.

Some work has been done on improving the balance and functionality of the different biomes. In particular the beach biome, where I've made adjustments to the spawning parameters of crab holes along the beach. Crab holes now only spawn once the tide goes out, and are destroyed as the tide comes back in. So your best time to extract crabs will be at dusk or at dawn.

Traits give the player some customisation options if they prefer playing a certain way. 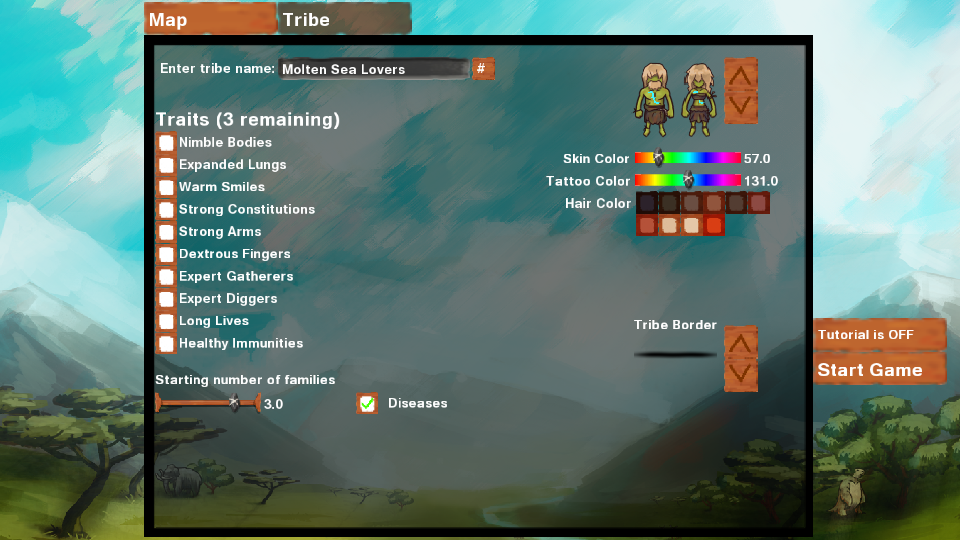 As I approach the end of Alpha, I've added more visual effects to make identifying what's going on easier for the player. You will see decay lines coming out of items and carcasses on the ground that are losing durability.

When a Pokian is wet and thus more susceptible to hypothermia, you will also see water dripping from their body. Older Pokians and other humanoids have their hair turn grey and shrivel up slightly as they age. Below you can really see the effect when the ageing process is sped up.

The probability of new Pokians arriving or being born is displayed on the tribe panel. Previously there was nothing to tell the player how likely they were to arrive, and you would get a surprise visit from new Pokians without having time to prepare clothing etc. 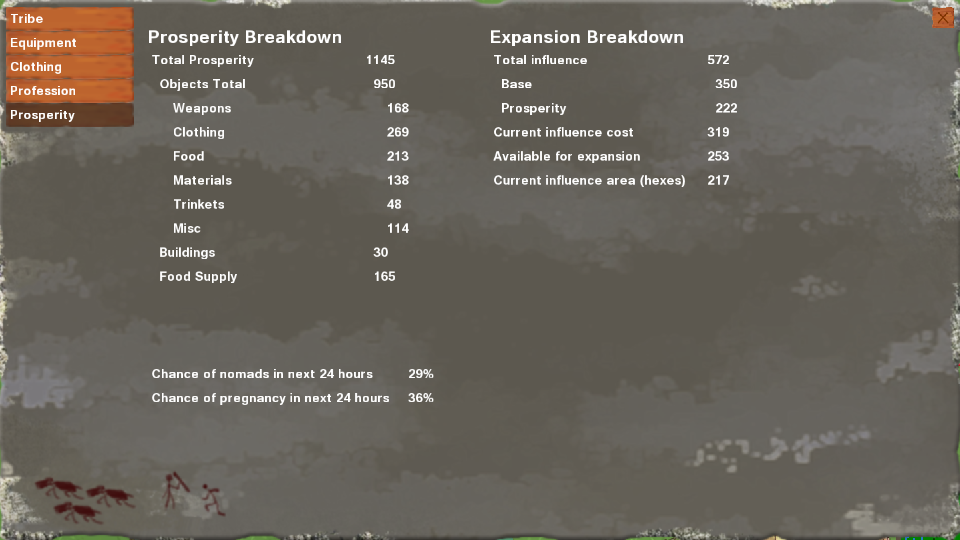 The charting functions have also been improved quite a bit. You can see foreign tribe's prosperity over time on the statistics page once you have fully discovered the foreign tribe. 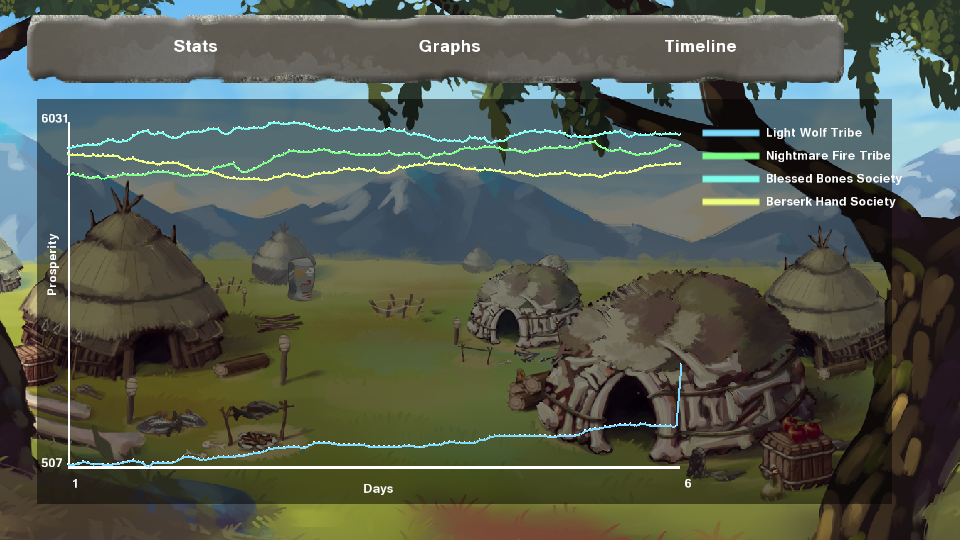 That's just a selection of the changes in this update. I did quite a bit of game balancing and bug fixes as well. Here's the full list below.