No, it’s not going to be about politics, but… a character progression in Alder’s Blood! ;)

Yup, we have this thing called Corruption in our game and we didn’t think we should talk too much about it, but it’s a pretty big mechanic in the game, so I think it deserves its own DevLog. 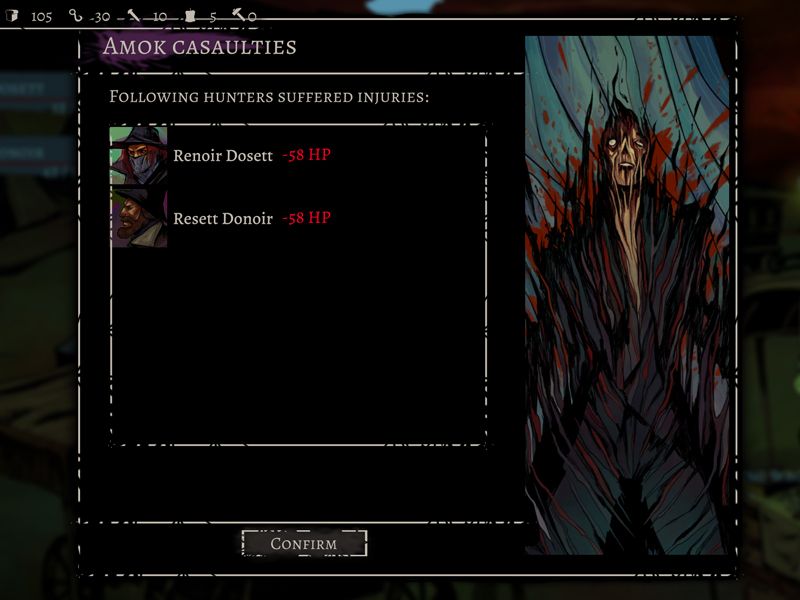 If you followed us for some time you probably know that it’s the decaying corpse of God that is responsible for all the troubles in the grim world of Alder’s Blood. Our hunters are the only ones capable of getting rid of this problem as they are the closest creatures to their deceased Father...but it’s also their weakness. 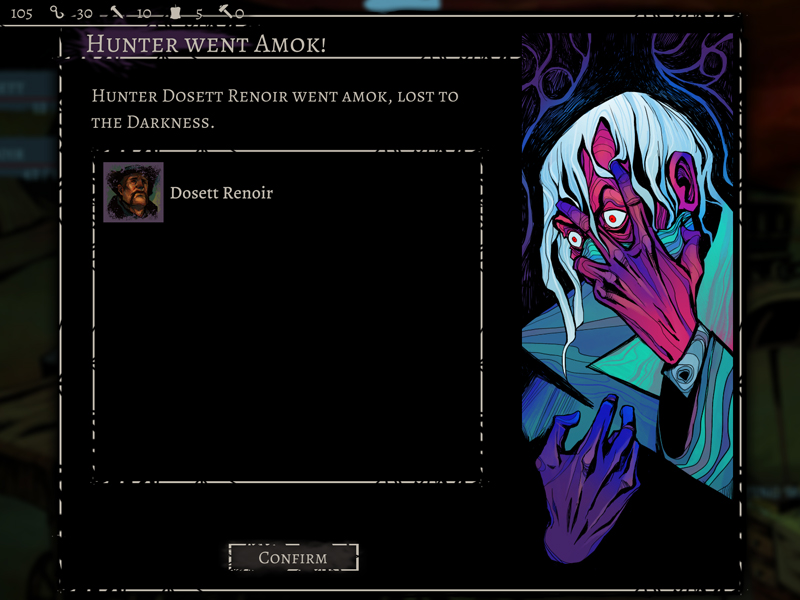 Since they are so close to their god, they are also more vulnerable to its corrupting power. With time it wearies down a hunter, or can even drive him mad as the beasts he once hunted.

How does it translate to gameplay? Hunters gather corruption points as they: 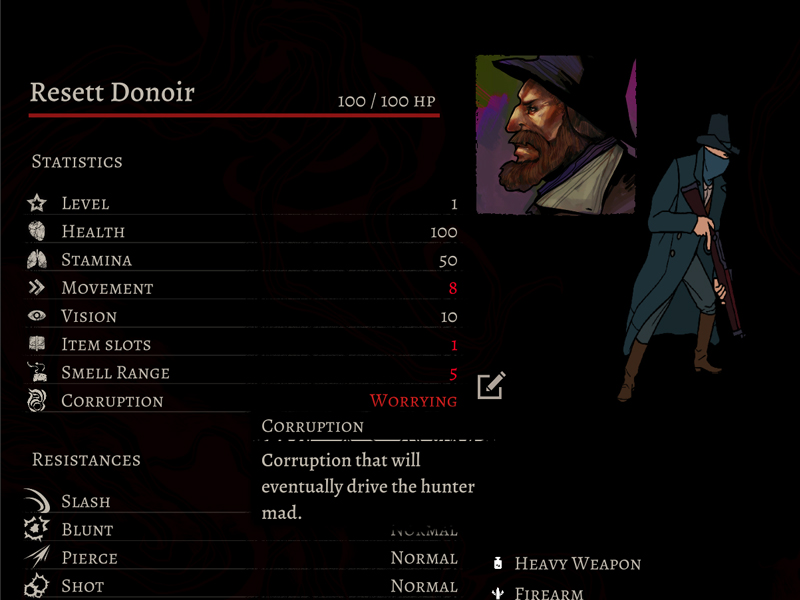 When a threshold is breaching during a mission a hunter will gain a negative trait. This may result in decreased maximum health or stamina, or worse performance in camping tasks.

The corruption grows in hunters with time, quicker in more aggressive hunters. How can you counter it? You can’t. Once the corruption level is too high, the hunter can go mad and attack its own crew. Not only you will lose that hunter, but others may get hurt. 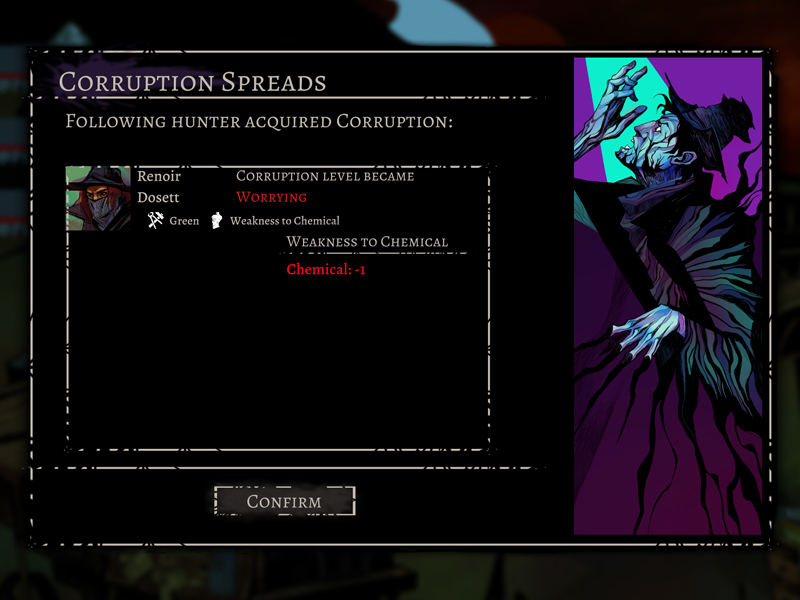 The only real option for you is to use a sacrifice ritual. Hunters know that they are not invincible, so they can choose to forfeit their lives to strengthen the younger generation. A more leveled up hunter is also a hunter with higher corruption, by using the sacrifice mechanic a portion of experience can be transferred to a recruit to start fresh.
The trick is to know when the time comes to leave the hunting grounds. 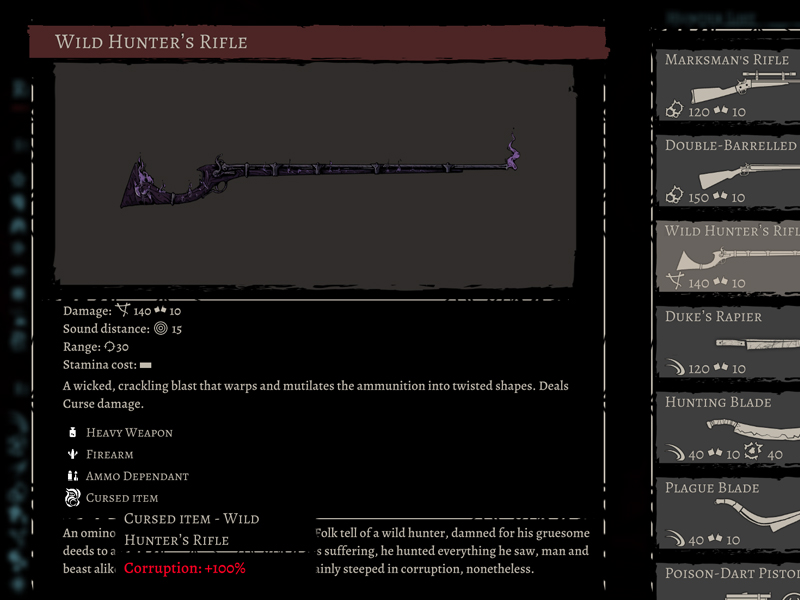 This is quite a gloomy mechanic, but also a one that should prevent players from losing too much progress with the death of the more elite fighters. We hope you will like this idea.

That’s all for today and see you in the next one!