Overall I have "sketched" out the first chapter of my game. My plan is to complete it and release it as a demo before working on the final game. Iv worked on 3D models, textures and some animations.

The game started out as just a simple idea from a complicated situation. I was working on a Demo for a game called "The Nihilist", then I lost all the data. Then I decided to make a simple game like "Granny". Before long the small project ballooned into something a bit bigger. I currently have about 6 months work on the project so far. From backstory, to trying our different graphical ideas I have finally landed on a solid look, feel, and game.

Overall I have "sketched" out the first chapter of my game. My plan is to complete it and release it as a demo before working on the final game. 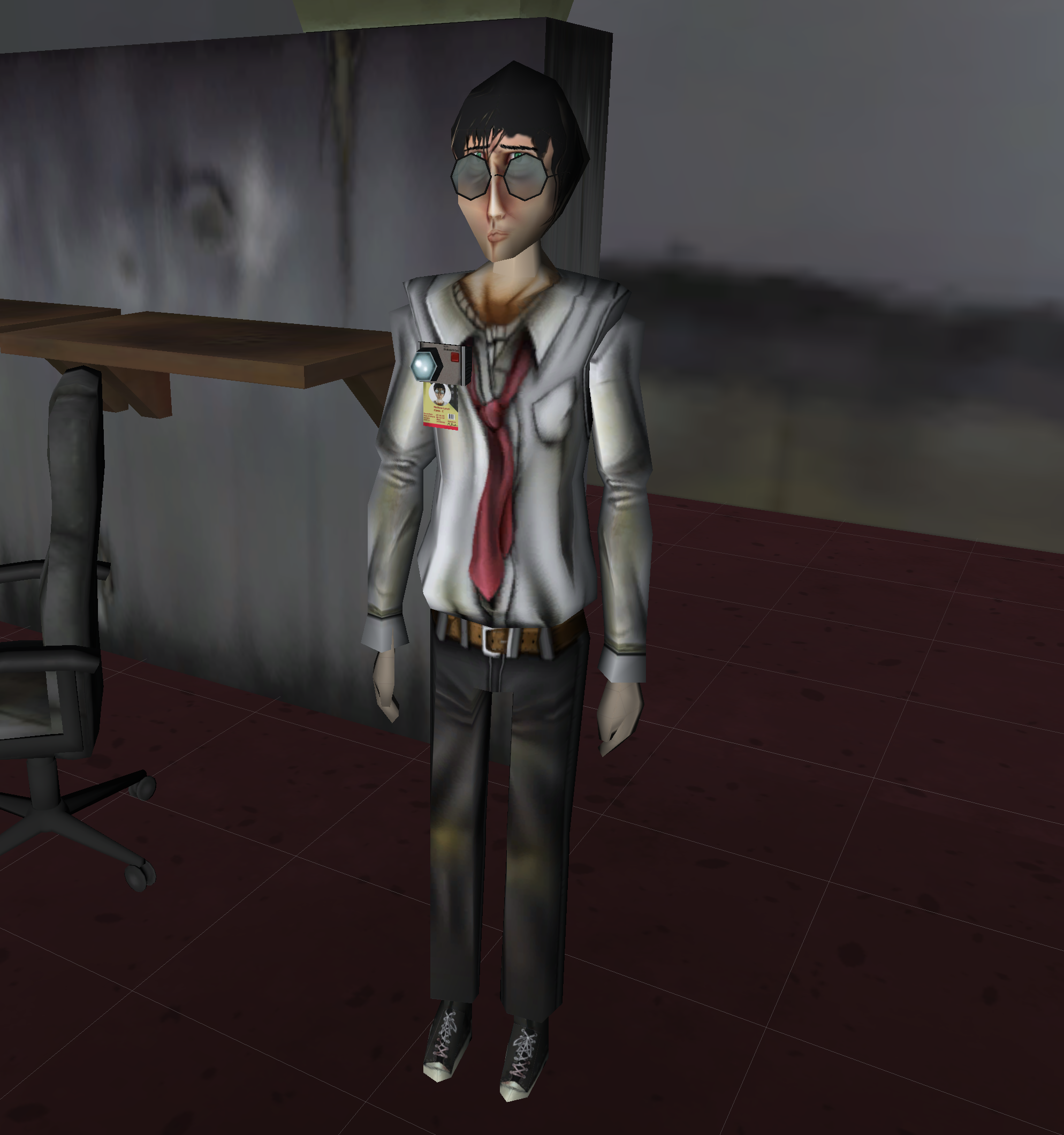 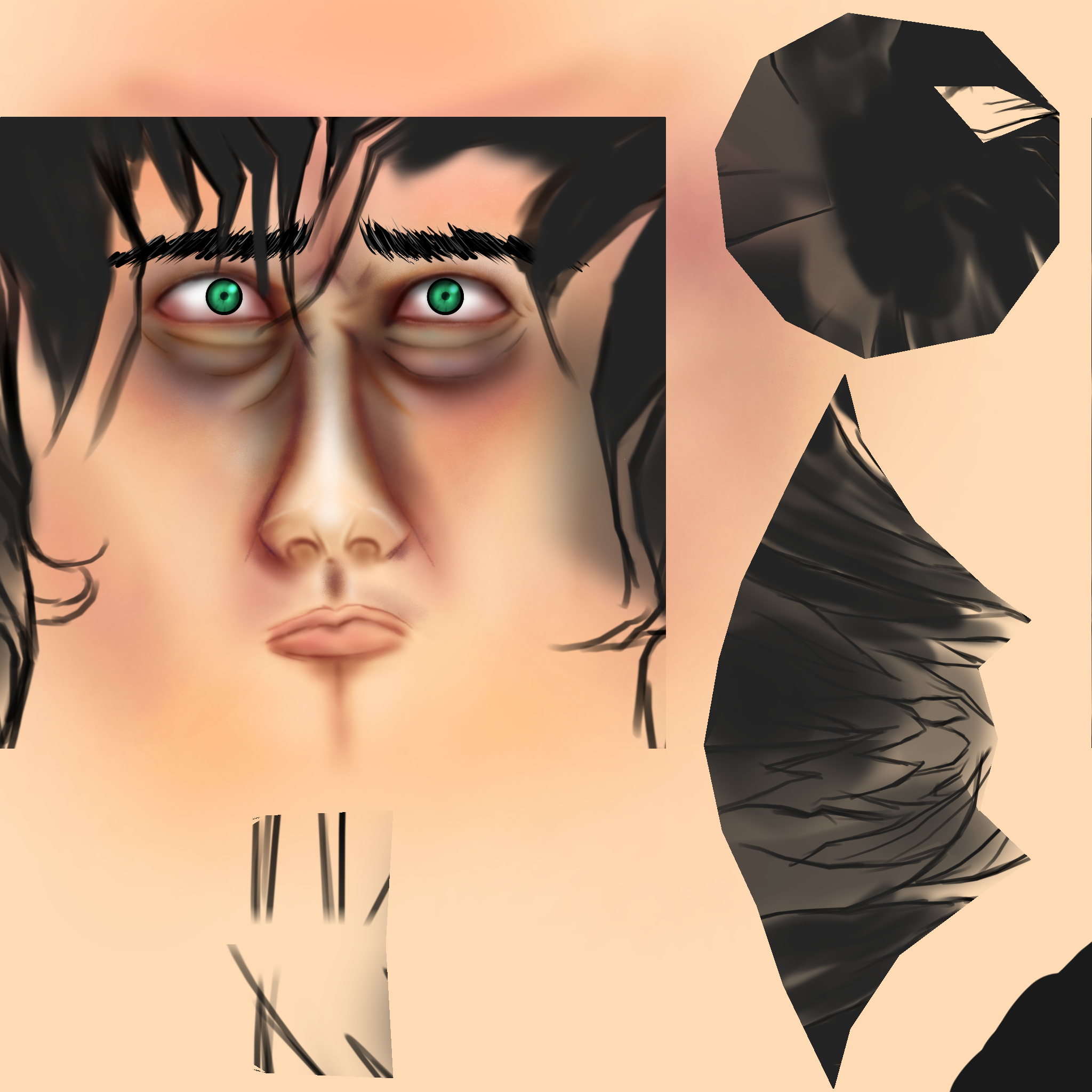 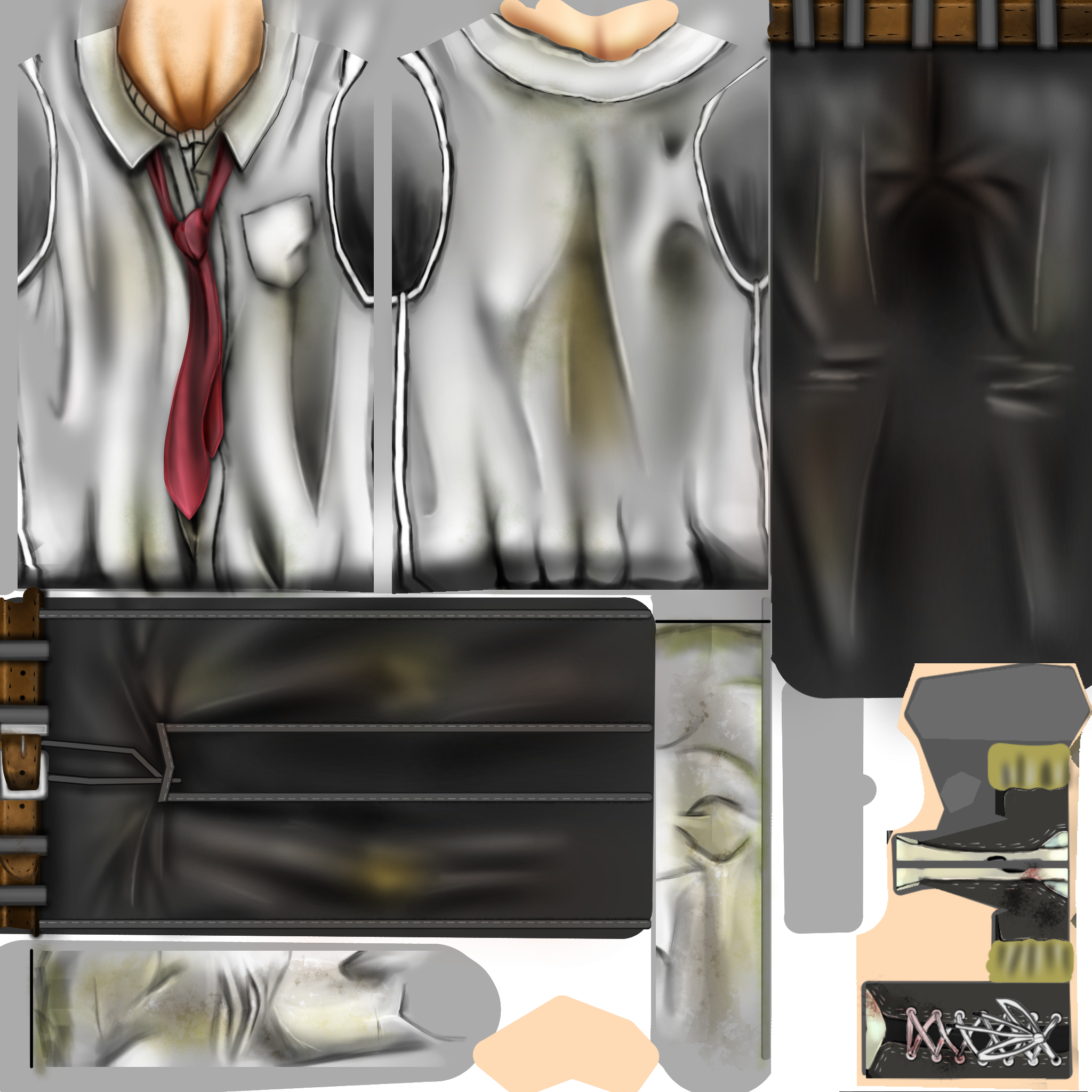 One of the things I had been working on is the character model and controller. I have found that low polly models is an excersize in both texture painting and UV management. Sense I’m going with a PS1 esthetic I’m fallowing the rules of the hardware. For instance, the biggest a PS1 texture could be was 256 X 256. Which means I need to use more than one material sometimes. To cheat this you could go slightly higher, but as long as you divide by 2 and end up with 256 its fine. But overall I find it best to stick with 256 X 256. This limitation also accounts to the polly count of each character. 600 is not the highest I’ll ever go, but maintaining the esthetic is best. Also the limitation forces one to be creative. 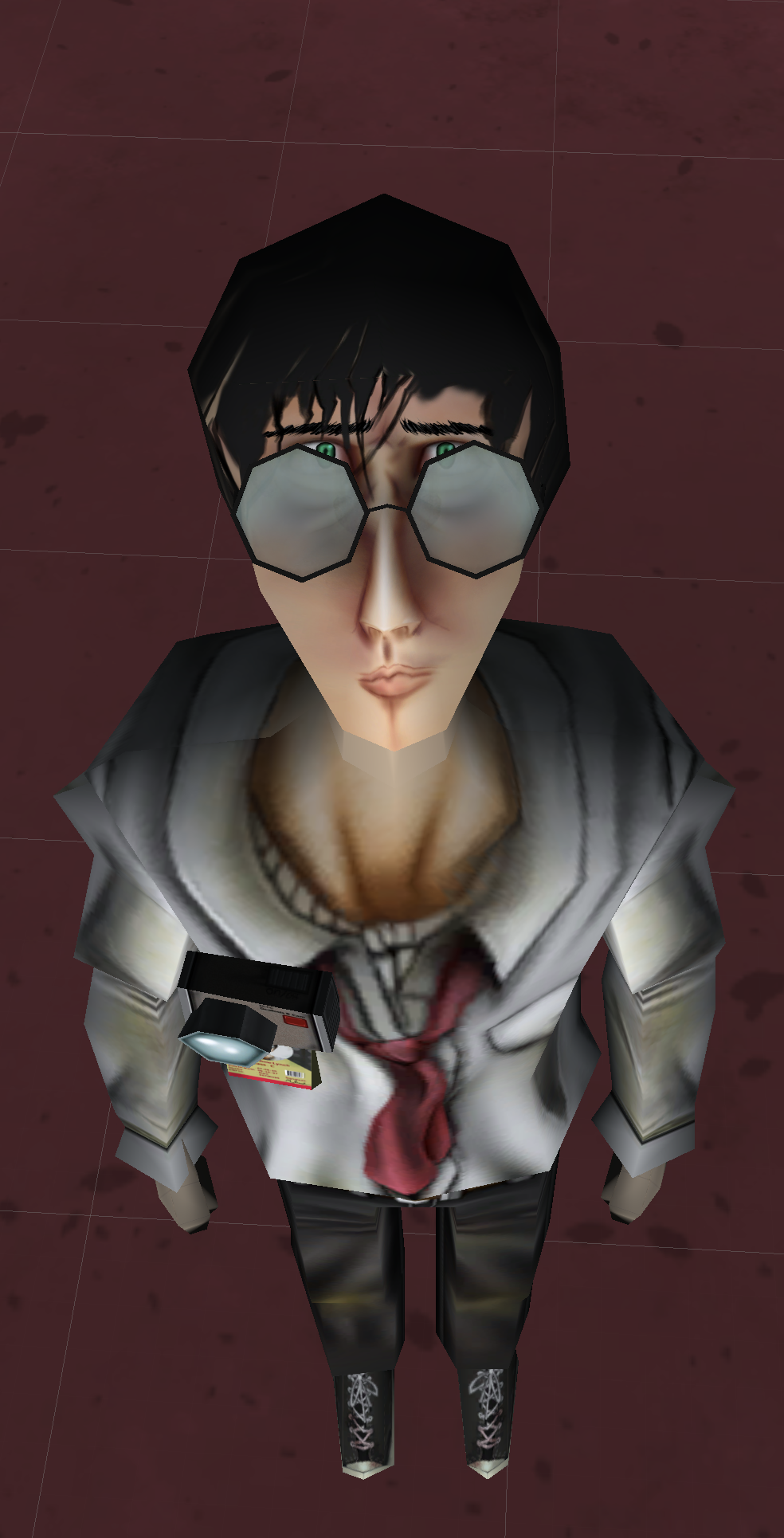 Another feature of the player character is that his head moves as you look around. Its a small touch but I figured it would be nice to look at your reflection and see that your characters head dose indeed fallow where you look. Yes, this is a PS1 styled game without ALL of the PS1’s hardware limitations. 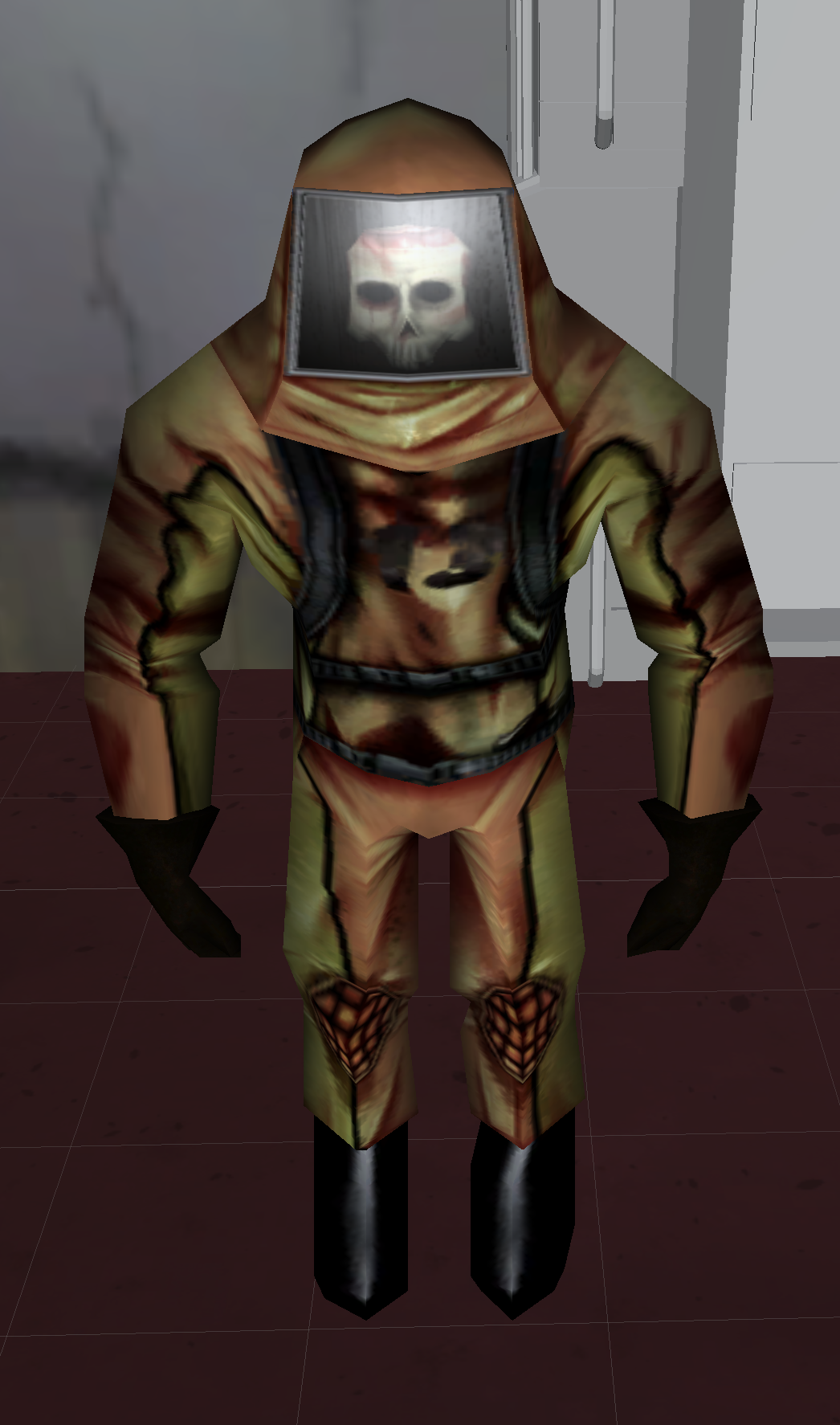 Lastly I would like to tell you about one of the character/monster you’ll encounter throughout your play threw. His visage is a skull with its skin pealed back surrounded by black smog inside a hazmat sute. The cool thing about this guy is that although the skull IS a 2D texture, it will fallow the player if you get close enough to him. 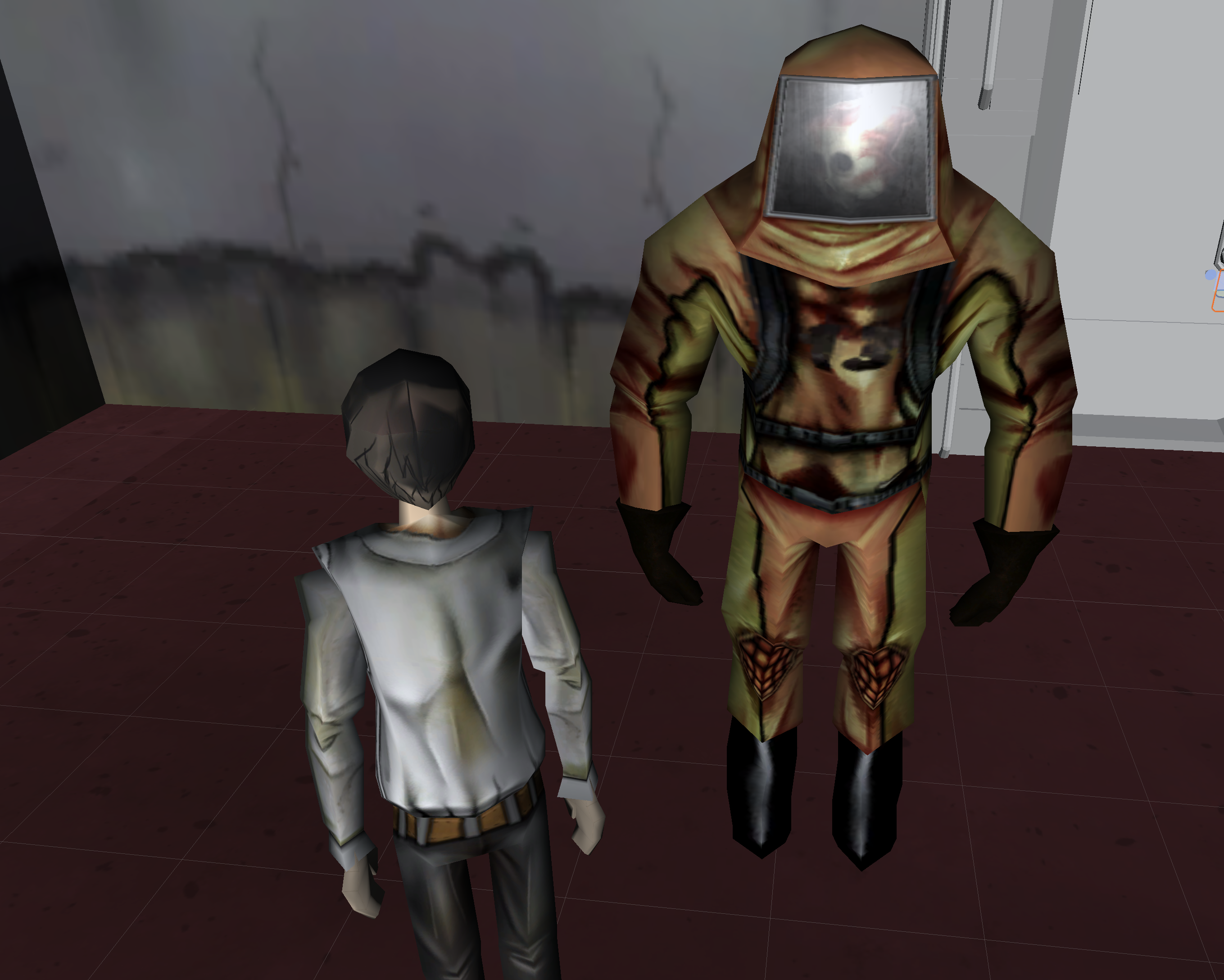 The trick is simple. I have set up a model above the scene that renders everything onto the monsters uv’s. Basically I took the Helmet texture and cut a whole in it where the face screen would be. Im using the PSX shader and set it to unlit. Next I have a glass plain under the helmet texture. Behind that is a skull model and behind that is a model of the inside of the helmet. Add a partial effect for the smoke, take a camera and render it our onto a render texture, slap that render texture on my model and you have an animated texture on the head. 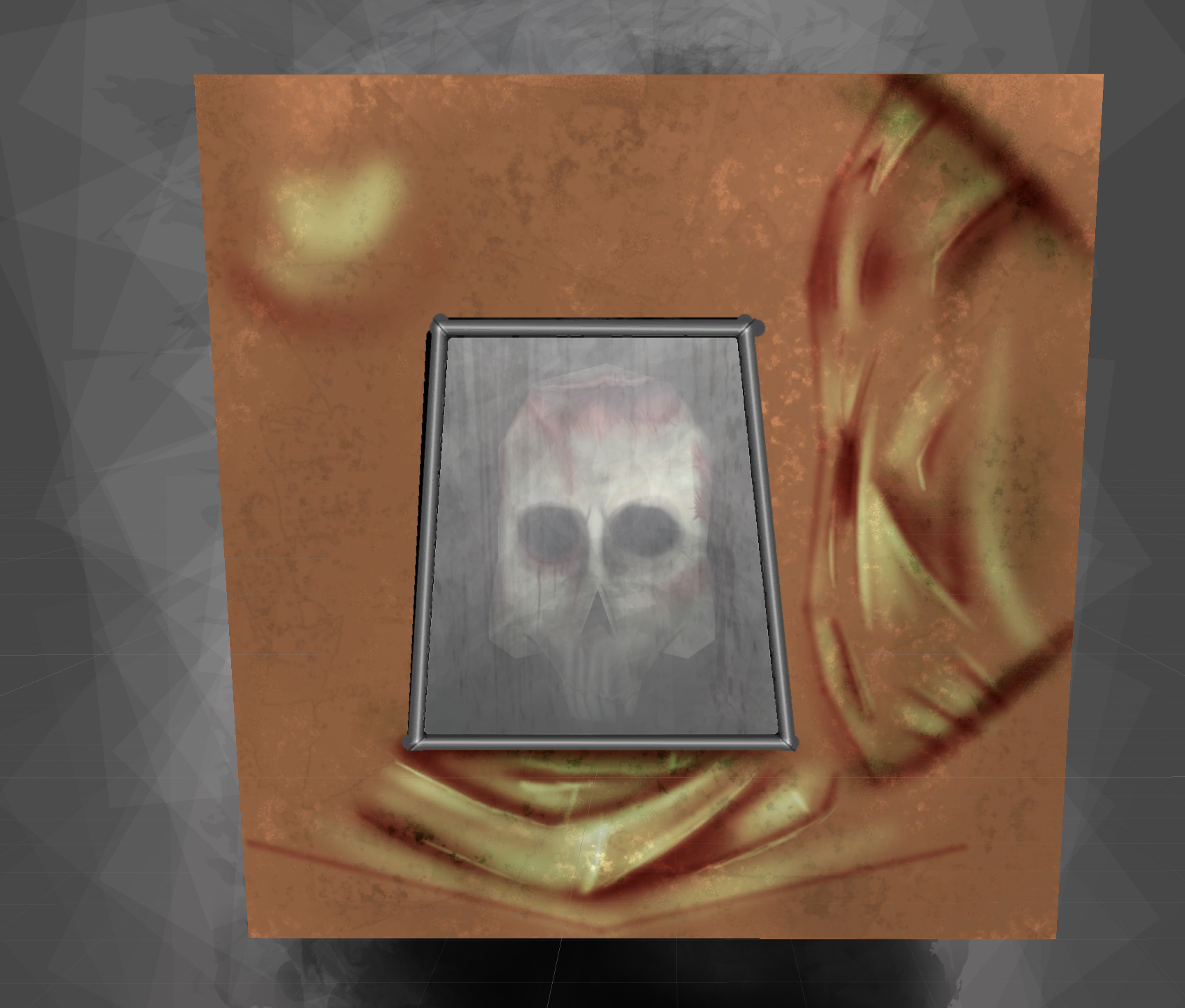 But how to make the skull fallow the player at all? Well I set up a simple look script on an empty thats attached to my monster. Next I made a script that I applied to the skull that fallows the rotation of the transform. The end result is a flat 2D texture skull fallowing the player around like its a 3D object inside my model. I did this A: because I did not want to use too many polys on my monster/character. B: As a creative solution to the low poly conundrum. C: because its fun, interesting and will throw players for a loop for a few second. Flat textures normally don’t track you like 3D objects.

Lastly I worked on a lock down light. The original idea was to have a texture scroll on the Y axis giving the illusion that there was a rotating light inside it. Fallowing that I would animate 2 yellow spotlights so my lock down light would be complete. However I don’t think I will be able to keep the scrolling texture and spotlights in sink so I think I’m going to take advantage of modern hardware and try something else to solve this problem.

If you’re interested in fallowing the progress of this game in real time I stream on Dlive whenever I have the chance. Drop in sometime and hang out.