A free update of existing users of CopperCube is out now, version 4.2. Besides other new features, this one includes support for normal maps: 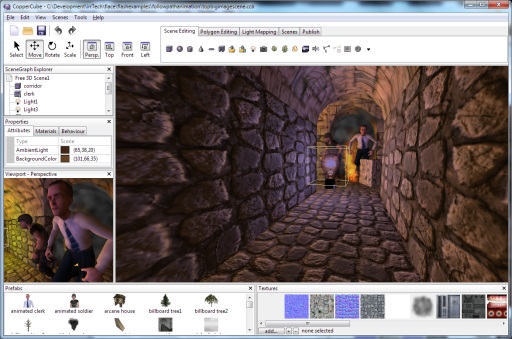 It is only necessray to select an object, choose a normal map texture and set its material to 'normal mapped'. Up to 4 lights + ambient light are supported per object. Other new features in this release are:

This update is free for all existing users, and also possible to be tested in the free trial.