A community update on the Tactical View in game. A blend of the information heavy Starmap, and proximity radar displays. 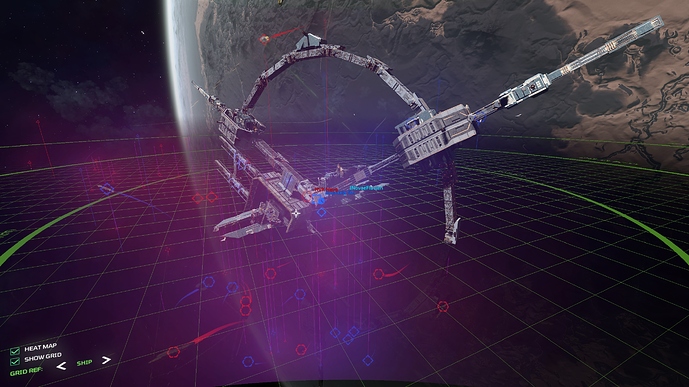 This upcoming month ( June ) we are going to focus on a few things: first of all, the sensor overlay / tactical screen implementation is only at its initial stage; we’re going to spend a few extra days to fix bugs and improve it. The idea here is to make the icons clickable to show a little popup / vignette screen in a corner which will highlight the icon on which you’ve clicked ( or hovering the mouse ). It’ll show the usual information: name, status, health / shields, etc…

The other idea is to add more tactical information to this screen. It’d be interesting to show the ship’s velocities and maybe arrows that represent what your allies / squad members have selected or are currently targetting.

In a future update ( not any time soon ), probably when we implement the squads management system, this screen will show more information about your squad members. It’ll also be the screen where you can assign objectives to your squad members ( if you’re the squad captain ), set a beacon / ping, or highlight a special target for others to see.

In June, the other big thing is the star map revamp. We’ve been working on its new design internally for a while. We want the new star map to better show objectives / bases, highlight which ones are under attack, where the missions are ( without having to go through the mission tab ), where haulers are flying ( so that you know you can attack or escort them ), and show clusters of ships / players / where the action are. There will be some overlap with what we’ve been doing on the tactical screen recently; for example, we’re thinking of using the same “heat map” system to highlight clusters of ships.

June’s goal is also to improve the credits redistribution system ( going back to a more passive system ), address some issues with the AI battles flow ( getting ride of non-critical battles which make it feel like you have no impact on the match ), add in-battle sub-objectives ( ex.: corvette getting a message to resupply / repair other ships ), and a first implementation step for battle reports ( statistics showing how well you’ve been doing in the battle ).

In terms of interface for new players, we want to revamp the help tips system ( adding more to them - you know, the little messages popup up with a help message for new players ) and add a bunch of context-sensitive popup help screens for first-timers.

Finally, we want to experiment with atmospheric flight model changes to better differenciate atmospheric and space flight, so that planetary battles have a different “feel” than space ones.

Needless to say, this is gonna be a busy month and we’re not sure how much of this we can accomplish in a month, so it’s very possible that some of these will leak into July. 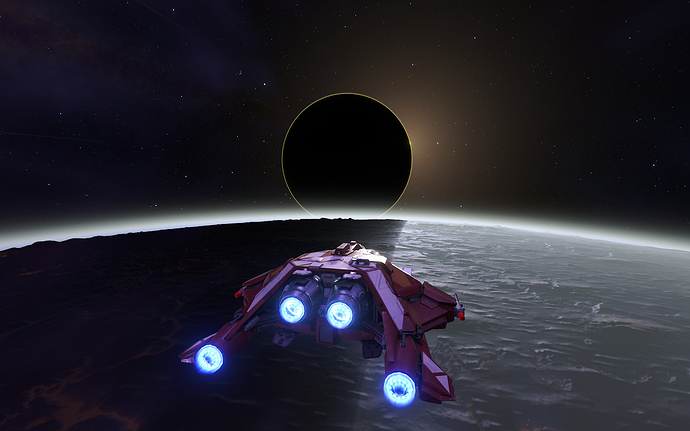 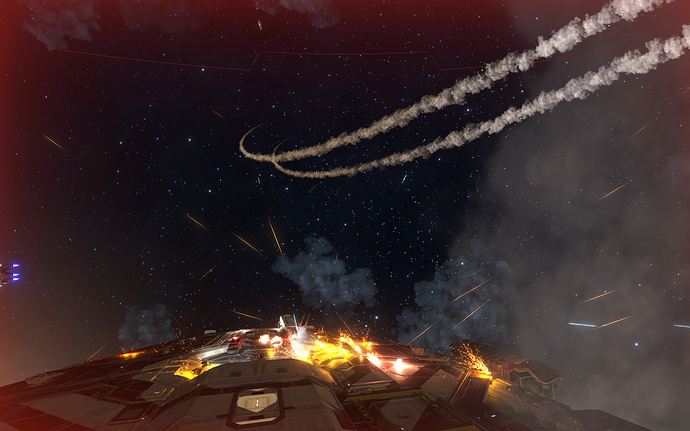 For information on how you can get access to Battlescape in it's current state, or to become a part of our growing community, see the links below. We have an active Community on Discord, and our forums see regular discussion on features, gameplay, and the logisitics/challenges of building a thriving mulitiplayer experience.

Also, feel free to wishlist us on steam if you'd rather wait for the game to devop further, any degree of support is appreciated! :D

Follow us on our social pages to stay up to date.