A couple of new updates have recently been released for Tabletop Playground's Creator's Program focused all on community feedback.

Posted by PlasticityStudios on Jan 16th, 2020 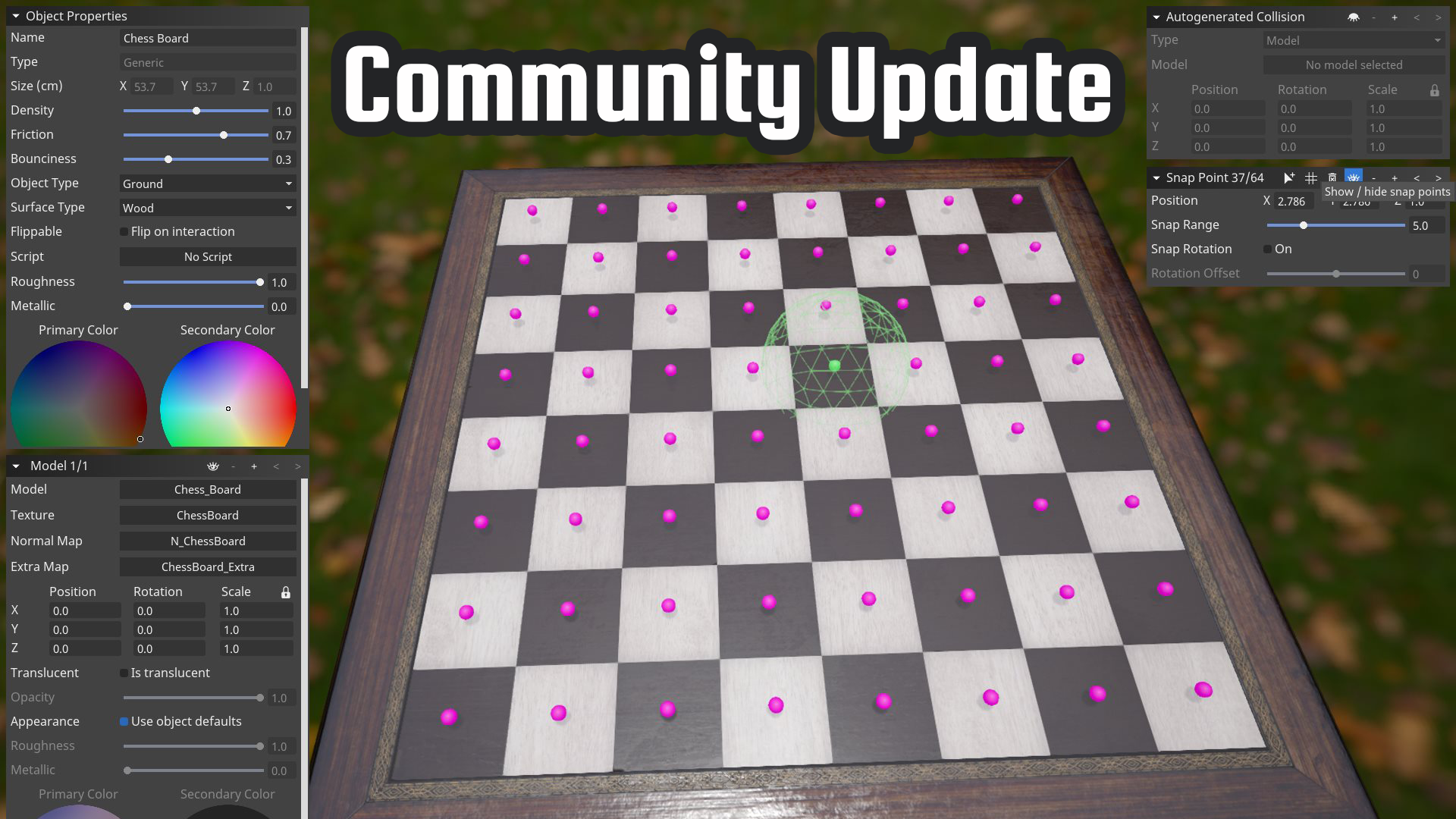 Happy new year everyone! We’ve recently released a couple of new updates for Tabletop Playground for users in our early access Creator’s Program (learn more on our FAQ!), which are focused on the community: all changes are addressing suggestions and bug reports from our Discord. And it’s quite a long list, but before you read on if you love tabletop gaming, don't forget to follow and wishlist us!

Search/filter box for objects and packages

Wherever you can select a package or an object in the UI, there’s now a search box. Type in any part of the name to filter the object or package list. 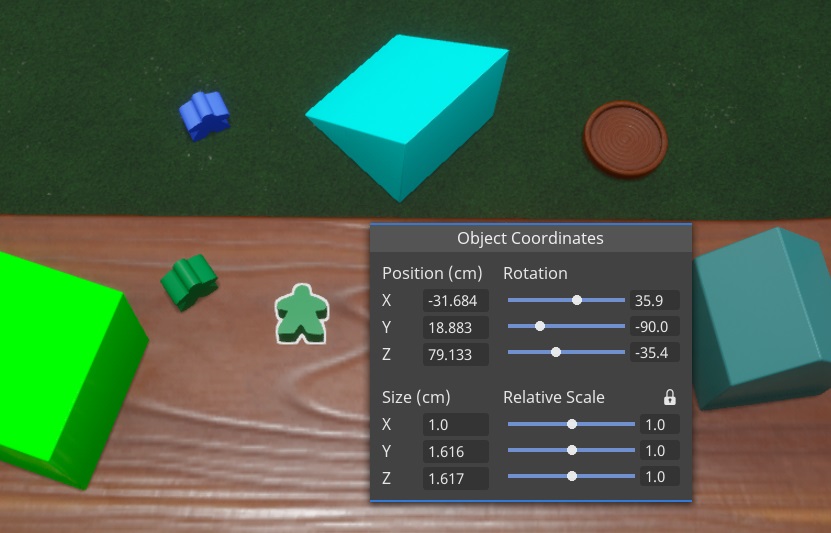 Snap points are now available for scripting! There’s a new class SnapPoint, methods to retrieve snap points in GameObject, and a new event that is called when an object gets snapped when a player releases it.

The scripting math classes Vector, Rotator and Color now behave array-like: their members can be accessed as index, they are iterateble, have a length, and arrays can be passed to functions that expect these classes. The constructors now take values to initialise the object. The existing properties remain mostly the same, with the following exceptions:

• The length methods from vector have been renamed to magnitude to avoid a name clash with the standard length property.

• The static make methods have been removed, the standard constructor now fulfils their purpose. Here’s some examples how the classes can now be used:

Find the full change-log below and keep an eye out as we’ve got some big updates on the horizon for Tabletop Playground, with some exciting features set to be added in the near future. You can join our Discord and take part in our Creator’s Program to start testing them out as they are released and start creating games to be shared on mod.io right now.

As always, remember to wishlist Tabletop Playground on Steam and follow us on itch.io, Facebook, Twitter and IndieDB to be the first to know about new updates, and when it’ll launch in 2020. 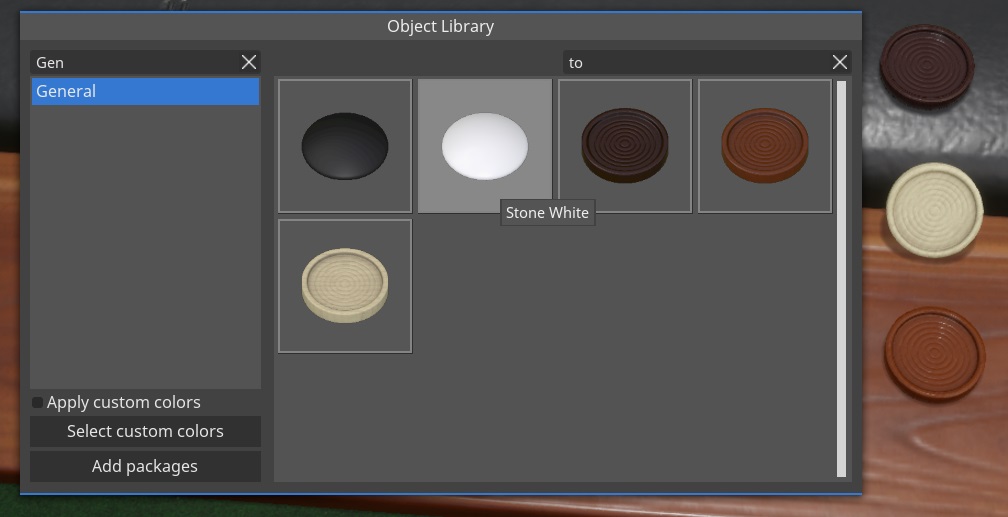