Hello, everyone! Today we will cover our thoughts on designing the game and show bits and pieces of the development process. Let’s start with AI actions.

Posted by HardLaneStudio on Jul 6th, 2021

Ragtag Crew has a turn-based combat system with a twist: the player always knows what enemies will do on their turn. 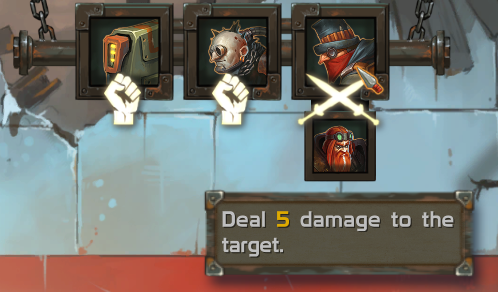 Sniper wants to attack the Savage for 5 damage. 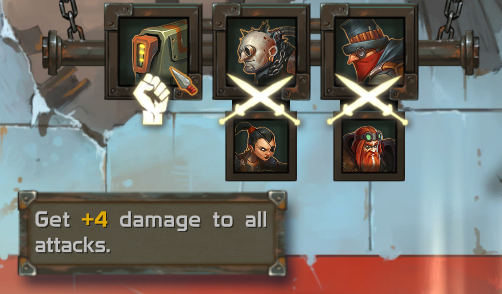 Robot plans to power up and get a whooping +4 damage to its attacks.

Sniper is going to attack the Savage while a robot is boosting its damage. Knowing enemy actions, the player can adjust their tactics to get the most out of turn. 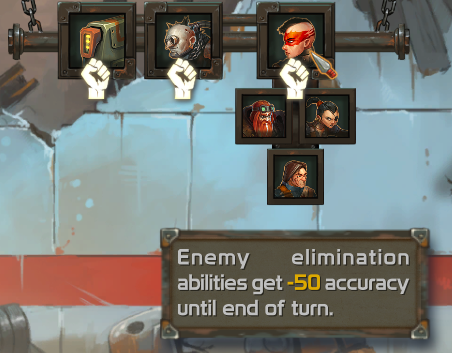 Can Savage survive the sniper's attack? Will you have enough time to destroy the robot before it puts this bonus damage to use? Should you focus on disrupting enemy plans or go for the perfect ability combination?

It may seem, the game loses its depth if enemy actions are revealed from the start. We don't think it will be the case. If players don't have to guess enemy intentions, we can introduce powerful foes that force you to play around them.

Smoke Bomb - All heroes' elimination abilities get -50 to accuracy until the end of the turn.

Every battle will be unique: you'll get different enemies to deal with, and each enemy will require a specific approach. You can also ignore that, but your beloved characters will get hurt.

Ragtag Crew battles are harsh and unforgiving: once your character is injured, there is little to no way to heal him during the combat. And even when the dust settles down and the fight is over, you'll have to spend precious resources to patch your heroes.

What does it mean for the player?

First, players should consider taking even the easiest fights seriously. Maybe your opponents aren't strong enough to kill you, but the damage they do will lower your chances in the upcoming battles. Second, there is no way to stall the encounter to use healing abilities over and over.

When it's hard to get rid of the wounds, you should instead try to prevent taking damage at all. There are a variety of ways to do that, and the most common one is using shields.

Shields are shown at the left side of the HP bar and work as temporary hit points until the end of the battle.

When a creature takes damage, shields will be the first to take the hit. If you don't have enough of them, the rest will decrease your HP as usual.

The main drawback of using shields is that they require you to be proactive. You have to put them in the right place before the enemy strikes.

Fortunately, enemy plans are known. And if that's not enough, there are numerous ways to manipulate your opponent into attacking the target you've chosen.

Use this knowledge to keep your team alive and stay alert in the desert!