Now that we have covered the “Linked Hearts” and “The Bridge” (update 1 and 3) we have created a great framework to start to chat about the combat. Here we take a look at some of the philosophies behind Bloom and dive into how we approach the tricky subject of combat.

As our Kickstarter campaign continues, we have our 4th update covering a bit closer look at the combat in "Bloom: Memories". Kck.st

Now that we have covered the “Linked Hearts” and “The Bridge” (update 1 and 3) we have created a great framework to start to chat about the combat. This is a pretty big subject though, so I’ll need to cover more of this in future updates.

Game Feel –
The first step when considering the combat was to consider how the game felt. Should it be non-stop action fighting armies of enemies? Or slower and meticulous? In the end we wanted something in the middle to challenge players but also provide that sometimes hectic action of being overwhelmed by enemies.

Game Flow –
The next step is considering the flow of combat. How long should an encounter last? Again, here we took a medium approach and chose something about in the middle of the extremes (an extreme example of this is to think of the difference between a game of “rock paper scissors” and “chess”). Fast enough to let you move on with the game but slow enough to really let you strategize and consider what you are doing.

The Player! –
Now we finally get to the player. This is a huge piece which really controls much of the game. With Bloom, we want the player to be out-matched and more defensive in nature (lending to the narrative and creating a feeling of overcoming challenges at every turn).

Life –
The first distinction in the player is the relatively low amount of life (at least compared to many other games of our generation). This means dodging, deflecting, and other strategies to avoid damage are highly important. You don’t play a one-man army able to deflect bullets off your abs, but you are equipped with some pretty interesting abilities to help you out. A characters life is more a resource for ingenuity and game-play than a sponge for damage. 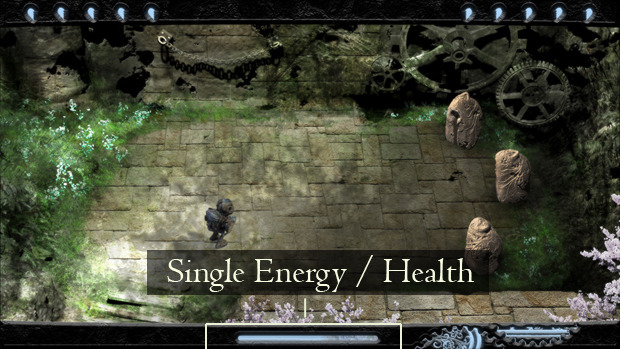 Limitations –
This goes hand in hand with a characters life and is basically a consideration of how a player recovers. Do you recover life after each fight so each encounter is met at the same player strength base? Or as you play, are you slowly worn down from mistakes? If you have ever played a first generation and current generation first person shooter, you will understand the idea of limitation.

With Bloom, we actually have taken a mixed approach to this. The life / energy bar goes up and down regularly through game play, but you are limited at a higher level by the Linked Heart mechanic. This means you can be worn down through the game and defeated but each fight you typically begin with the same of life / energy.

On an individual encounter level, your attacks drain from your life bar and create an organic limitation in how much you can do how fast. This creates a situation where the balance of power in a battle rapidly swings to extremes as you use larger attacks to defeat enemies, but are then forced to play defensively while recovering and dodging the others.

Abilities –
This is really the big one in terms of how combat works. As I said before you are largely overpowered in the world and typically rely on a range of defensive abilities to protect you. Of course you also have offensive abilities, but these are highly draining to your life and leave you exposed. Effectively this creates game-play which requires careful consideration before running into battle blasting your largest attacks.
~I’ll cover more on this in a future update! 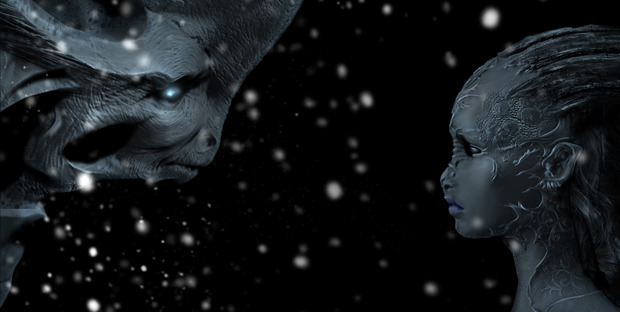 Enemy count is pretty self-explanatory, this is just how many enemies you face at a time.

Enemy complexity is how smart and resourceful the enemy is. Do they dodge? Do they heal themselves? These things mean the enemy lives longer and offers more of a challenge. We plan to have enemies tactics put players on the defensive. For example: the archer enemy is able to shoot directly at the player, but also able to shoot a bursting arrow behind the player (effectively allowing it to attack from multiple directions).

Enemy power, on the other hand, is how much “life” does an enemy have. I make this its own category to make an important distinction.. .

Sadly, instead of designing challenging enemies, many game developers will simply raise the enemies’ power to try and control the game flow. We choose to focus more on the complexity, meaning combat is more about exchanges of offensive and defensive strategies.

Of course, there are a few more aspects to enemies and encounters (such as their damage, but this is more a function of character limitations).

Hopefully this gives a little better understanding of the combat and we will definitely be covering more in future updates. “How the game plays” and the combat are extremely important features in Bloom! At the end of the day if it doesn't capture the “fun” of the action-adventure genre. .. then we just haven’t done our job right.