A new look at planet/moon colonization in Empyrean Frontier's economy.

Since the last update I've been implementing the ability to save/load levels and a lot of back end improvements to AI and pathfinding. Now that I have a rudimentary map editor, I'm beginning to create some levels for the singleplayer campaign. This week, I have some improvements to the planet/moon colonization system to show:

Planets or moons are important strategic points on any map. With the Colony Station module, players are able to construct 4 different kinds of landing ships to claim these areas. In addition, this space station module also has the ability to spawn a new MCS (Mobile Command Ship) which can deploy into a new Command Center for a new space station.


Kinds of Improvements:
Mining Outposts: mines grant the owner a steady stream of resources, which unlike asteroids, will never be depleted
Planetary Cannons: powerful cannons meant to defend the planet/moon and guard strategic areas on the map
Trade Stations: like the space station version, attracts friendly trade ships for extra resource gathering
Atmosphere Factory: transforms a bare chunk of rock into a livable world by creating an atmosphere (think the ending of Total Recall), granting bonus resources to mines and reducing damage from all incoming projectiles 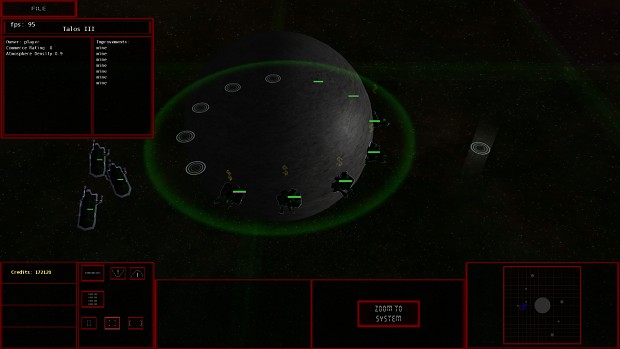 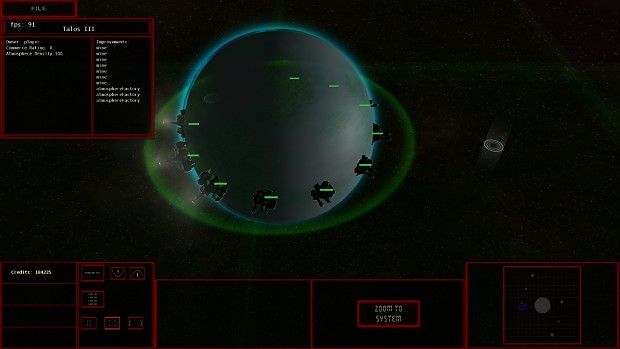