Welcome to the Neo-Colonies! This vast, almost never ending society is plagued with dangerous never before seen species, and hostile factions, created as a result of the twisted history that gave life to what should be present day America. The primary goal is to survive by any means.

Firstly, this journey through Codename Allnight’s development has finally ended and the game is now released! Development started for the game around two years ago and I excited to say that it is finally out now on pc. Since last dev-log there have been many changes to the game to get it prepped for release.

If you are new to the dev-log series, I am Isaiah Smith, the sole developer of Codename Allnight and this is the 10th dev-log in the series. To read the other dev-logs visit:

All graphics were revamped with more shading and details

An in-game cursor was added the regular mouse cursor was ok but this one looks like the hand of the player sprites.

The axe now has the ability to remove certain items that can be placed by the user. To remove placed items make sure the axe is equipped and double right click on the item you wish to remove.(Works for; Torches, Personal Crate, Material Gatherer, Turrent, Planter-Box)

As of release there are many playable features to Codename Allnight which include:

Below is an in-depth look at each game feature and how it fits into Codename Allnight’s original run n’ gun platformer engine.

Codename Allnight was built on a random generation, run n’ gun engine. Once it was decided that it would be finished and released as an indie game the random generation was added to. Instead of randomly generating each chunk it randomly generates a set of chunks I call “Environments”. These environments are themed pieces that make up the entire setting of the Neo-Colonies. Also, each environment has certain advantages or disadvantages that add to the theme that makes up that environment. Some examples of environments are: 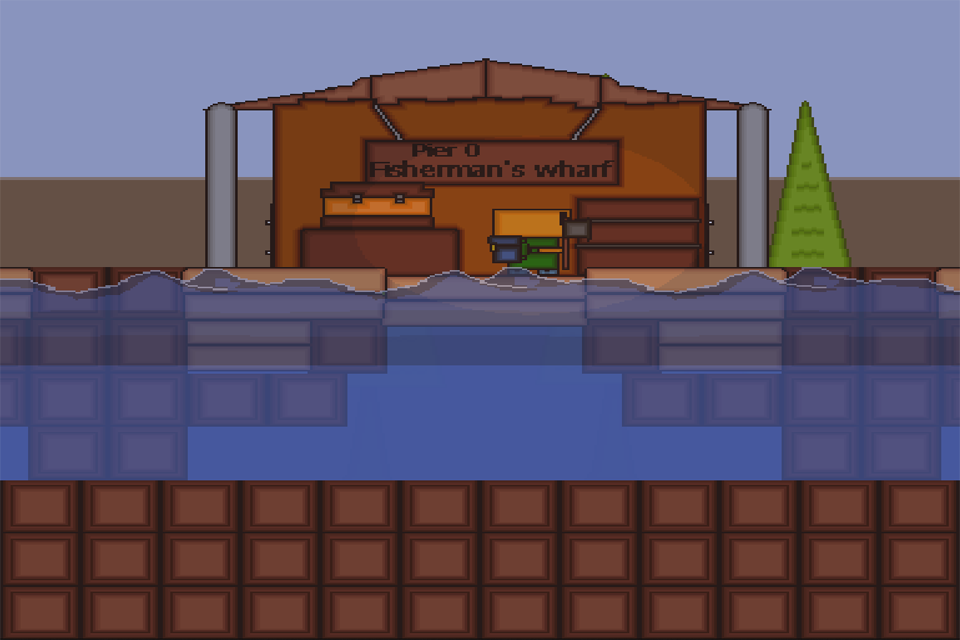 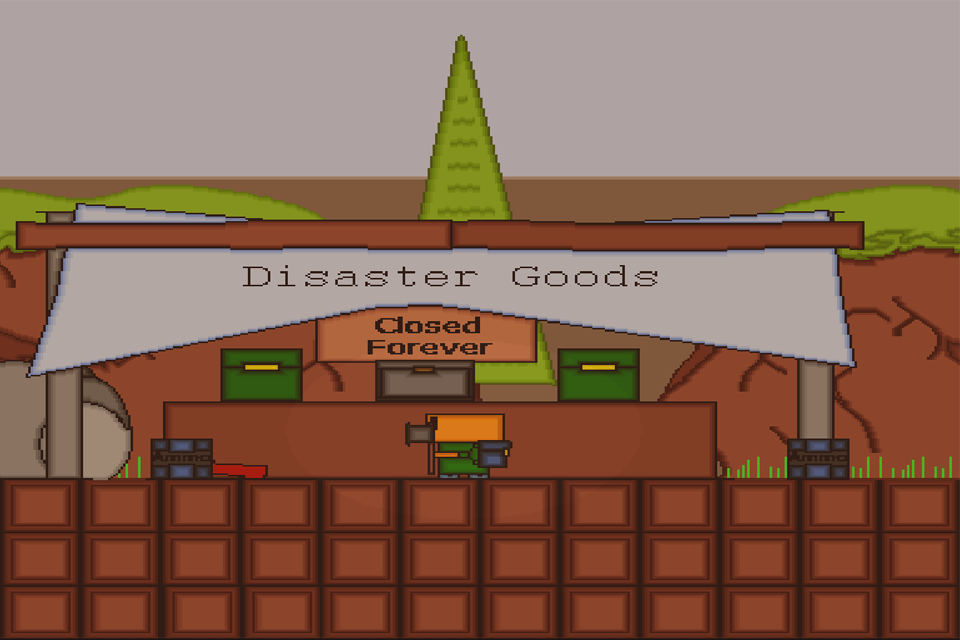 As mentioned earlier the setting is called the Neo-Colonies, a history twisted current day America. The environment subtly paints a picture of the past and houses the effects of the twists in history through the enemy factions like; Bandit, Sub-Living(Human-Nature, Extreme-sapien), and Secret Society(hidden and uncovered through completing the story).

The Story is accessible through regular gameplay but, you never have to play the story to get the full game’s experience. The story is delivered through a mission system, the missions are active by finding the corresponding letter that unlocks the mission. Each letter is a clue testimonial from the past where history splits and the Neo-Colonies came into existence. Missions are both a way to access the story portion of the game and a way to learn some of the more advanced mechanics to the game(mechanics can be accessed without story missions are a walkthrough for some the mechanics) After missions are complete a library is found(the newest chunk spawns a library) with a “Historical Document” inside. Collecting all Historical Documents will give access to the bosses of the Neo-Colonies while also giving the full story to what happened(Uncover The Truth!) 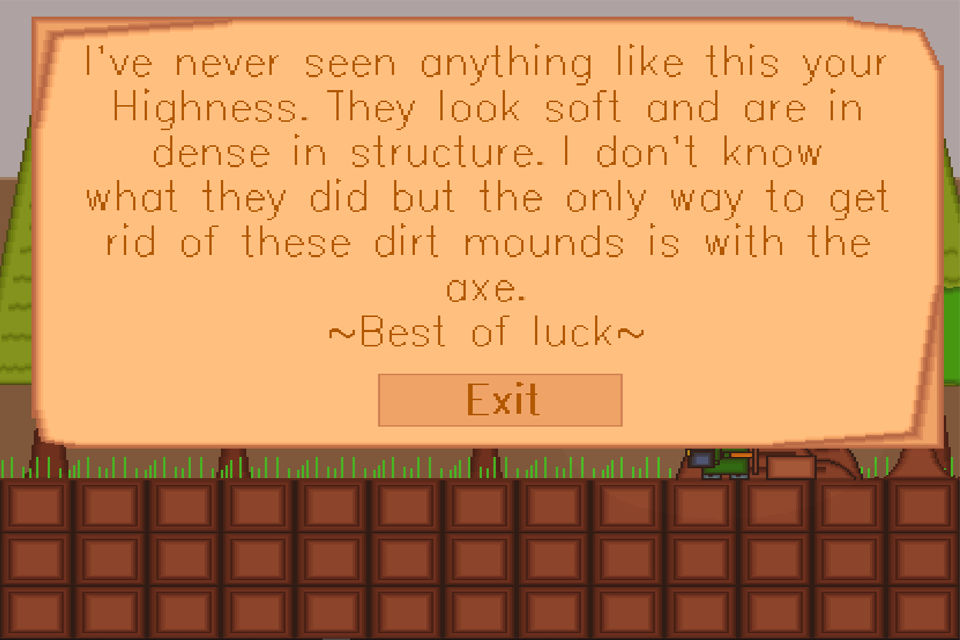 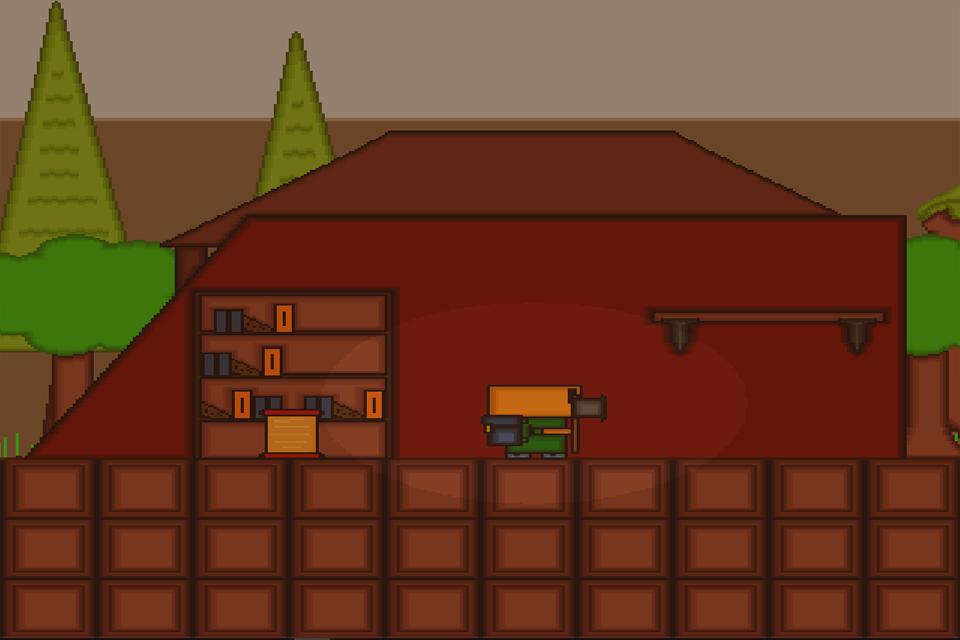 Codename Allnight technically only uses one weapon or firearm called a “Uni-Gun”. The Uni-Gun is highly customizable in-game and always was intended to be when development first started. When the story was concepted, it finally got its name the “Uni-Gun”. The Uni-Gun itself can be modded with different bullet behaviors called “Bullet Bonuses”. The Uni-Gun can also be equipped with different barrels(currently the assault barrel and the shotgun barrel). Each barrel and the base Uni-Gun itself can be upgraded, in terms of damage. In addition, the capacity(total amount of ammo carried) can be upgraded and the sprite of the Uni-Gun will change with capacity upgrades as well.

For extra protection, there are various types of armor available in-game. Each armor can be upgraded and may have extra advantages that come with the armor’s design.

The player can craft items in the crafting menu, most items can be found in crates found throughout the Neo-Colonies. In addition, there are consoles that allow access to various menus that create even more items or mods or additions to other items.

There are two leveling systems in Codename Allnight. The first as mentioned earlier is the three skills, Strength, Melee, and Fishing. Strength is used to determine the damage caused by the axe.(Also used in determining the damage the melee weapon causes). The Fishing skill is used to determine the amount of time it takes to catch a fish. Also the skills menu is how you equip different baits to the fishing pole.

Base building is more simplified than other games like, Minecraft or 7 days to Die. To compliment the fast paced run n’ gun engine that Codename Allnight is built up from, Base Building is less focused on designing an entire house or base block by block and instead focuses on designing it house for house.(Similar to a tycoon or rts game where you buy buildings that do a specific function in-game). Instead of placeable wood or stone, there are items called “Housecubes”, each with their own unique design and functions. Housecubes can be crafted by-hand(crafting menu), and there are two tiers of HouseCubes. Tier one do not have any special properties, only providing a safe place for to be during the night. Tier two, comes with some Housing Perks.

The last aspect to base building is traps(what would base building be without being able to cause passive to enemy entities?). There are five types of traps in the Neo-Colonies, most damage entities and can be upgraded with a secret item called a Trap-Editor. With, Housecubes, Housing Perks, and traps a base in Codename Allnight is referred to as a “Set-up” the better the setup, the better your chances of survival are.

Thank you for reading and all the support during development. For any questions/concerns contact me @ savga11night@gmail.com

For more content and information on Codename Allnight visit: