New client update with some handy bug fixes as well as some visual changes to Sunset Harbor.

This is a relatively small update, but has within it some of the background code working towards the new object animation system we've been talking about lately. We wanted to get this version out the door to fix up some lingering issues with the NuVO Zip, but rest assured we are still working on object animations for the client and should have another update later this week.

We made some minor changes to Sunset Harbor to make Sunset Motors a bit more friendly to get to. Added a more defined path texture as well as a more clear indication of how to get in and out the parking lot area. 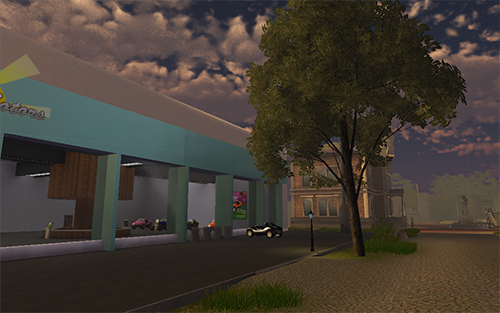