A brief description of the Noble Class abilities and Equipment Unlocks. 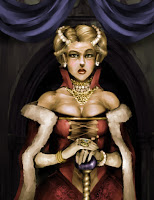 The Noble Lord has dedicated their character class to the causes of influence and ruling the people. Winning hearts and minds is their greatest power, but glorious combat earns them precious points of honor. These characters value Rank highly, and their level abilities reflect their need to be loved by the people. 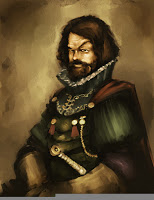 Softer, sweeter nobles and their associates often have need of a strong Companion. These noble-commander heroes try to split their time between the rigors of court and the rigors of combat. Days of combat training and nights of dancing have honed the Companion's instincts for danger, velvet gloved or otherwise. Comrades and dependents alike feel safe with them and they earn that trust with valor. 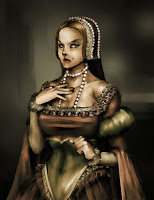 The Courtier hero has spent their life surrounded by politics and etiquette games. This entirely noble-focused hero can tell with a glance who is posing, who is a patsy, and who knows exactly what they're doing. They are as helpless on the battle field as they are in court, there's always the risk of being called to serve as an officer in your Sovereign's army. Enemies of the Courtier will be quickly lulled by gentle mannerisms right before the rapier slides into their belly. 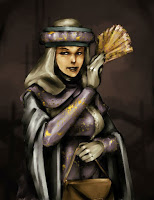 There is no wealth without both items and commerce. The Procurer hero may hang round the gilded cages of the aristocracy, but they live in the real world where privilege costs money and labor. Anything you need, high class or low, this noble-trader can probably get it for you. Of course, they could always use those skills for their own benefits. 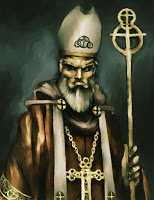 The Confessor hero knows that morality is something hard earned by society, and must be held on to at all costs. This noble-clergy values civility above all things and is not afraid to force the issue with those who would break the laws or defy the natural order. The combined abilities earned by Confessors as they progress are a powerful boon to any Settlement they choose to call home. 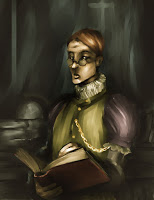 Known as meek and soft-spoken, Librarian heroes are not what most would even call a 'hero'. Until you consider that between the privileges of wealth and the insight into arcane mystery, they probably possess more knowledge than the rest of their home-settlements combined. As these noble-casters gain levels and experience, their collection of knowledge becomes monolithic. In the bright and growing Renaissance world, all that knowledge can translate into a truly dangerous amount of power.

A Noble's place in society is to enhance the lives of their subjects. The first and best way is to improve their Harvests. As the Primary Noble enters their society life, they gain access to the Efficient Harvest action. The character can visit a local Harvesting building and spend a few action points increasing the amount of usual product harvested by that building. Truly dedicated Nobles will spend most of their daily action points just improving the output of harvest buildings. Some wise sovereigns may bribe their Primary Noble characters to do this for the good of the Settlement.
Hold Banquet
As a Primary Noble grows in influence and popularity, they gain the ability to throw a big block party in the form of a banquet. They have found that if they deliver the Meat, Wine and Bread, the populace (of the targeted District) will appear with tables and instruments and a fine time will be had by all. This kind of event causes a sharing of stores, a mingling of neighbors and an overall increase of Health in the district for a while afterward. Yeomen love these get-togethers and throwing them always attracts a few more to move (or be born) into your Settlement.
Pay TributeYou've grown in maturity and become wise in the ways of pay-offs. In your dealings between adventures and court, you've learned who the real powers in the Settlement are. You've learned that whatever the difference between people, everyone likes gold. With the Pay Tribute action, you spend a few strategic Florins moving forward in the world. Improve your Guile and Management for one day by showing you know where true power comes from.
Enhance HealthAs a dedicated Primary Noble, you try to improve your homeland every day, any way you can. You advise the local road crews, always manage your business with care and never litter in the streets. Every noble, as they grow as members of the contributing upper class start to offer a Health bonus to the Settlements they live in.

Equip HorseYou've been riding since you were a small child, but those were simple creatures bred for trotting safely in monitored gardens. Nobles who have reached a certain level of sophistication, gentleness and firm self-assurance are ready for the magnificent Horse companion. These creatures are bigger, stronger and more intelligent that simple beasts of labor and transit. Based on the quality of their training and tack, these special Horses enhance the Celerity and Toughness of their rider.

Train Troops IYou have an ease of Leadership. You have been practicing leading soldiers and civilians for quite some time now and are finally ready to train green troops into skilled warriors. You'll need some Bread, Meat and perfectly normal Horses, but when you're done those troops will have learned their works much more quickly than they would have without your infusion of cash and attention. It's for these purposes that the people still support an aristocratic class.

Oversee ConstructionYour wealth and ability to manage groups of surly construction workers will be able to pay off! In fact, crews have almost begun looking forward to charming nobles in green silk showing up to hurry them along. They will smile and thank you for your careful guidance, but what they're really thanking you for is the delivery of Bricks, Boards and Canvas that will make finishing their work so much easier.
Organize StorageMost young people neglect to organize their things, not realizing the vast benefits of storing a few more precious items into your storage. As a lover of material shows of wealth and power, the Primary Nobles are motivated toward learning the best organization methods to gain this bonus. As they rise in level, they gain access to the Organize Storage action.

Regal GiftThe Primary Noble character has gained enough wealth and canniness to know when it's time to spend real power for real benefit. A character with Regal Gift can spend one piece Platinum on an astoundingly beautiful gift for a foreign sovereign. This gift raises the Standing between yours and their Settlements drastically, with no time delay or need for Forum responses. This action can be used to enable a friendly Diplomatic Relationship, or even disqualify an unfriendly one.

Equip SignatureYour Primary Noble character has finally become well-known enough that people have begun to recognize their signature. In fact, you're so impressive that a few people are interested in forging it. Make your signature both beautiful and unique by purchasing a style no one else can use. Using the proper signature can help you in the delicate social world of nobility. Each choice, based on its quality, can enhance your Charm and Mettle attributes. Signatures can be purchased anywhere Symbol accessories are crafted, and on the market if any have been put up for sale by players.

SymbelYou have been part of court society long enough to have been inducted into some secret organization and/or club of aristocratic traditions. Whichever ancient order inducted you, they will have a version of the Symbel celebration. In order to initiate this age-old drinking ritual, first bring lots of beer, some Meat and a few Furs to your club's secret location. Then get stinking drunk while conversing with your secret brethren on Life, Morality and possibly even Science. Despite how fun it is, this ritual will increase your Reason attribute for the rest of the day.
Protect SettlementYour face is well-known in your Settlement and you have been leading the people, in and out of battle, for a long time. They have grown used to your voice in command and your personal Army in the streets. They know you have their best interests at heart and trust the livery of your troops. The Sovereign and Ministers have offered you the honor of assigning your personal army to protecting the Settlement and paying them a lot of Bread for the privilege.
Equip ValetYour possessions and powers have become vast. As you pass into middle-age of a dedicated Noble character, you begin to realize the benefit of a competent and trustworthy assistant. Even more importantly, you are no longer some inexperienced hot-head and the Valets will allow themselves to be hired by you. Valets are trained with varying levels of skill and dedication. Some are far superior to others, but even the the most tactless valet will increase your functional Charm and Guile.
Protection RacketSo many of the people have benefited from your guidance throughout your long career of Noble-ing. Why shouldn't you take your fair share of that long-term benefit? Unfortunately, this is an incredibly dishonorable act. For all the Florins you manage to collect, your soul and reputation are tarnished and your Importance pays the price. 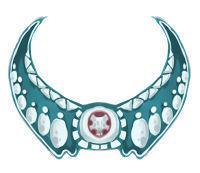 Equip NecklaceRefined, mature, and finally reliable. Though you may have mooned after these shining adornments for years, jewelers are only just now willing to sell them to you. Because of this industry standard, only high level Nobles can wear Necklaces, so if you see a necklace on someone, they're probably very good at making you look silly in front of their friends. Necklaces can be found, but not exclusively purchased, everywhere that crafts Accessories.
ParadeYour retinue has become so impressive that it's hard to look away from. These sorts of spectacles are popular with the Populace and you can earn a great deal of love from the people of friendly Settlements by throwing them a bit of a Parade. Hire a few extra horses and yards of colorful bunting and the rest of the Parade will form around you.

Equip ManuscriptYou have learned through service and experience that a true Noble must expand their mind in order to grow. Though it is late in your adventuring career, your final levels will be vastly improved by the acquisition of a Manual. Each book raises the noble's Arithmetic and Management based on it's rank. These books include titles such as "Ethica", the "Analects" and "The Prince".

Jubilee
You have been adventuring for many years and your experiences are vast. With age you have also gained power and gravity. No matter what path you took, you always have a place in court and when you throw a party, everybody wants to be there. The Jubilee is the biggest party you can throw. It might be the biggest party anybody can throw. From your point of view, it almost throws itself. All you provide is half a day's effort and a paltry collection of wealth. Then everybody shows up and has a great time.