MOTHER has arrived and is sending her minions to disassemble Clark's friends and home. This article features gameplay videos of the first encounter with hostile Tankbots. Learn how to escape destruction and get some insight about the tactical AI of our redesigned enemies. Clark has no weapons and no fighting routine. But there are other means to strike back!

First Enemy Encounter: !SPOILER ALERT! This gameplay video is showing how to survive the first enemy encounter in level 6. MOTHER has just arrived on Mars and is sending her minions to disassemble Clark's friends and home. As Clark has no weapon and no fighting routine, his only option is to run for his life. The main objective in this action loaded puzzle is to dodge the deadly beams shot by the hostile Tankbot. You will have to play hide and seek for the (long) time that your friend the Fuse-Drone needs to reach the switch opening the exit door. Unfortunately the drone gets stuck halfway for her way is blocked by a barrier. So while escaping the enemy you will have to move on a switch opening that barrier and allowing the Drone to continue. If you are skilled the Tankbot will do the job for you and move on the switch himself. 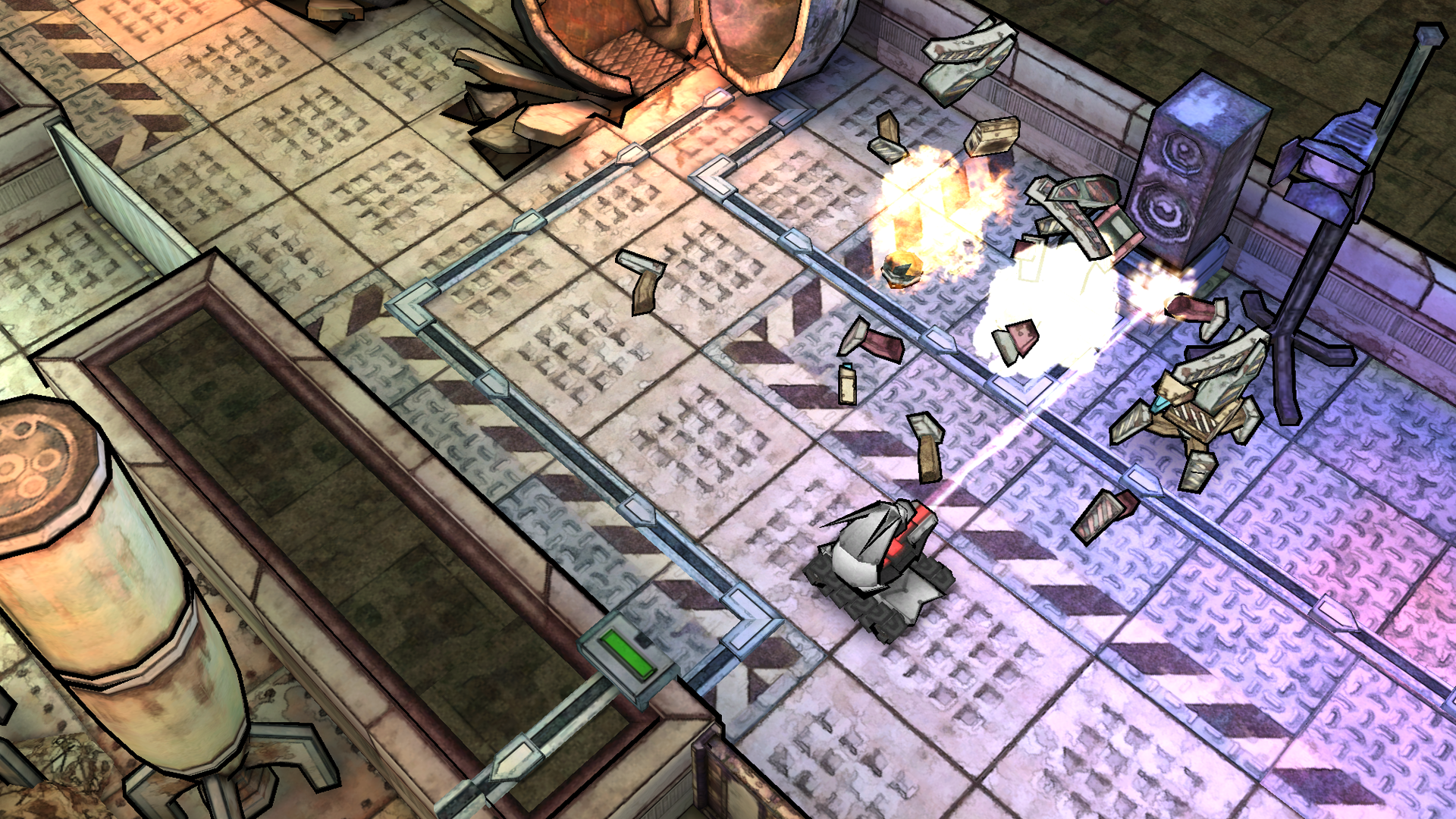 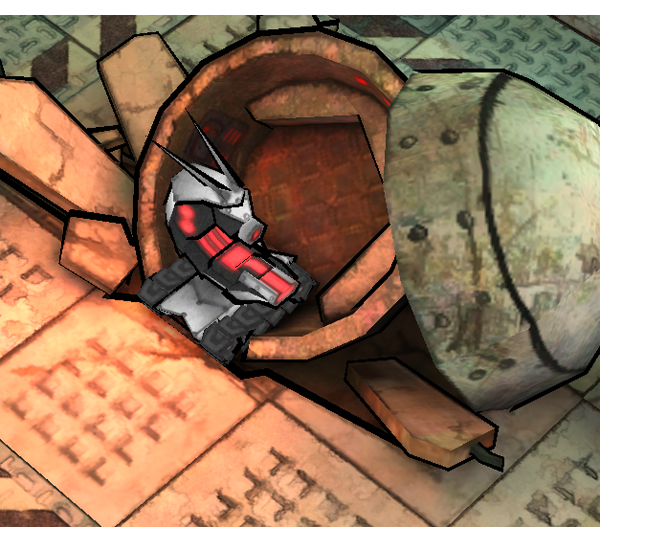 Story: MOTHER is a supercomputer embeded in a gigantic spaceship. Howering above Clark's factory she launches landing capsules for her robotic army. On arrival the Tankbots immediately start the recycling routine. They will search and destroy any "disfunctional" (in other words: partying") Workerbots.

Tactics: The Tankbots move very fast and and will often use their laser beams to shot orthogonal to their movement direction. We designed them like chess tower pieces: They are moving on one grid axis and kill everything on the other axis using their beams like a moving line of destruction. Fortunately they need more time to rotate their heavy chains. Therefore they are not able to change their movement direction very quickly. If you keep that in mind it and hide behind corners it is much easier to outmaneuveur them. 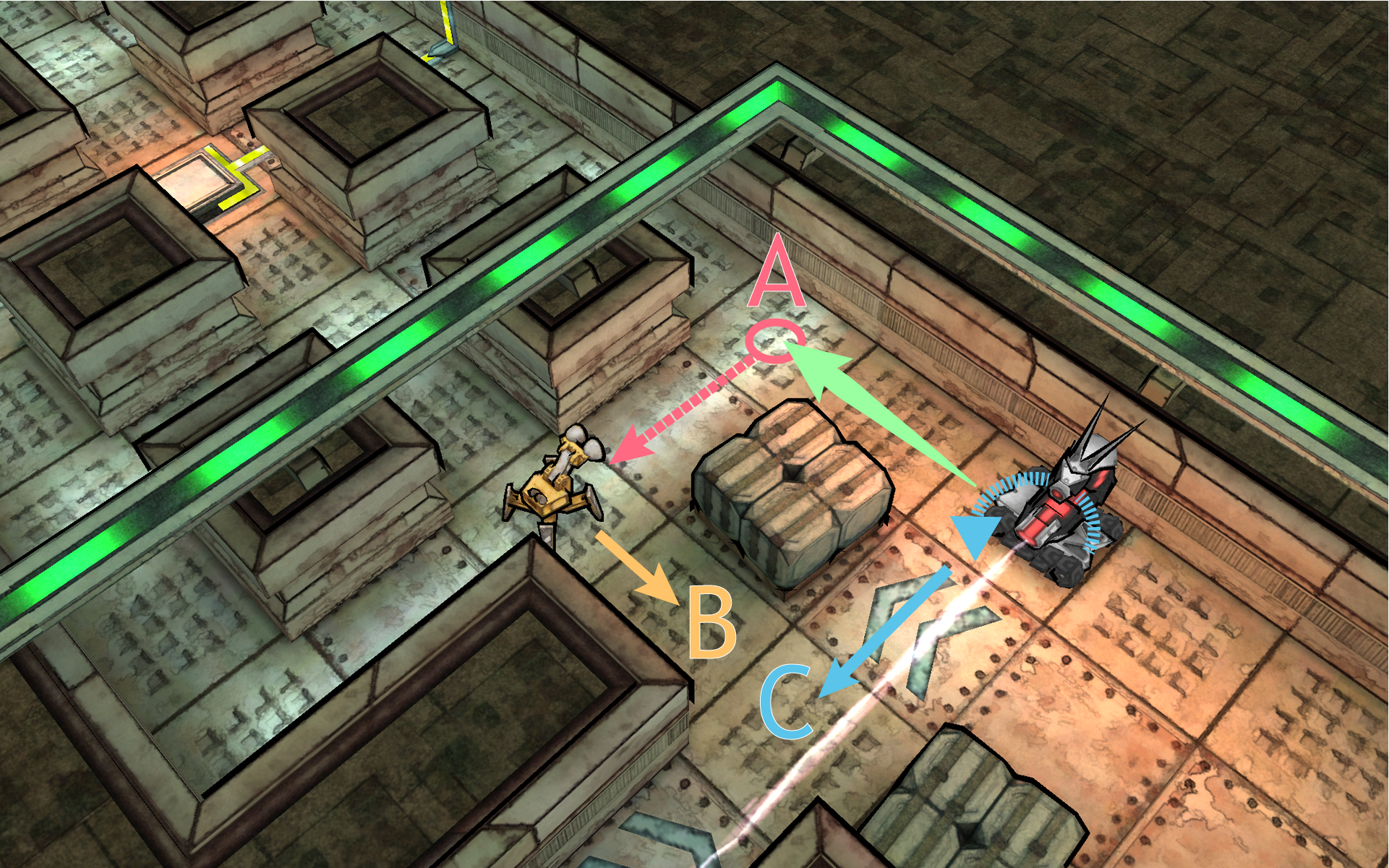 The diagram above shows that the position Clark is currently standing on is not secure: The enemy will instantly move to position A and shot. However, if Clark moves to position B and hides behind the obstacle the Tankbot has to rotate his chains first before moving on to position C. This pause will give you enough time to race around the corner and hide again. So the fun is to keep an eye on the enemy and his base rotation and choose your hiding spots accordingly. That's how you survive until your friend, the Drone, has opened the exit. So even the action scenes in CLARK are tactical puzzles – puzzles on speed that is.

Time to strike back: Despite of having no weapon Clark will find ways to defend himself. The laser beams of the Tankbots work like all beams in the game. They are an energy source that Clark can use and manipulate by positioning beam-bending boxes. We have developed puzzles where you need the enemy's laser energy to open doors or trigger other mechanisms. The task is how to convince him of working for you. In level 8 we designed a situation where Clark can bend the attaking beam in such a way that the Tankbot actually kills himself. Clark has no aggressive behaviour modes but can't prevent enemies from comitting suicide, right?

On the next enemy post I will give you some details about the AI-code and explain how my evil children actually think. Cheers, Matthias, Code Monkey for GoldenTricycle.