Wanted to know more about our 4 current City of Steam classes? Look no further than our latest Dev Journal!

This is a respost from City of Steam Content Dev Journals

We’ve talked about the different races and nationalities of the people of the World Machine, but what about the classes?

Despite the apparent power available to Arcanists, the Arcane arts is actually quite delicate, requiring years of training to manipulate and channel the elements of fire, ice or lightning without destroying the practitioner. Arcanists manipulate matter at a distance by concentrating and amplifying the elemental energies supplied by the World Machine. Well trained Arcanists can even harness these elemental powers to create health boosts and defensive shields. 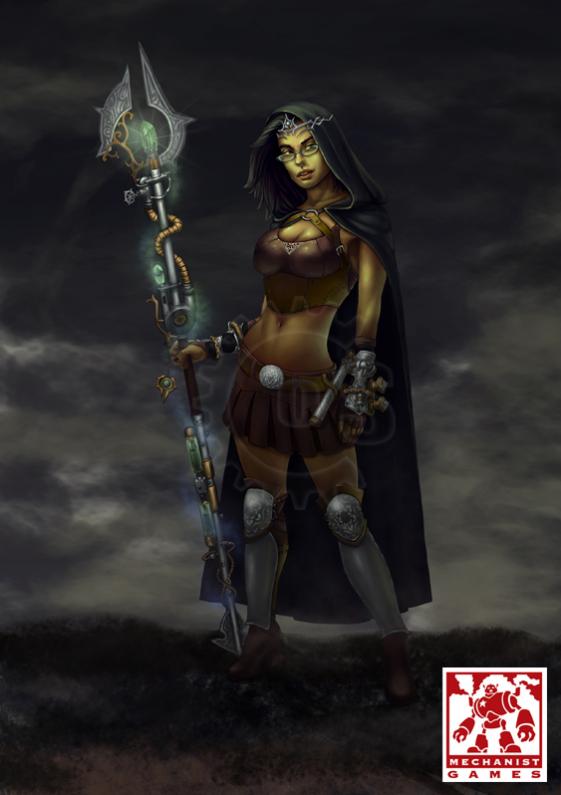 Some of the most skilled Arcanists come from Avenian universities of Ohrandarr and Ockhelt, known for rigorous training. Previously, the Arcane arts were considered quite mystical, limited to royal researchers and industrial magnates. Aven research over the past two hundred years has developed Arcane education into an industrious science. Technological breakthroughs have allowed for the mass-production of wands and staves, allowing aspiring Arcanists to flourish. 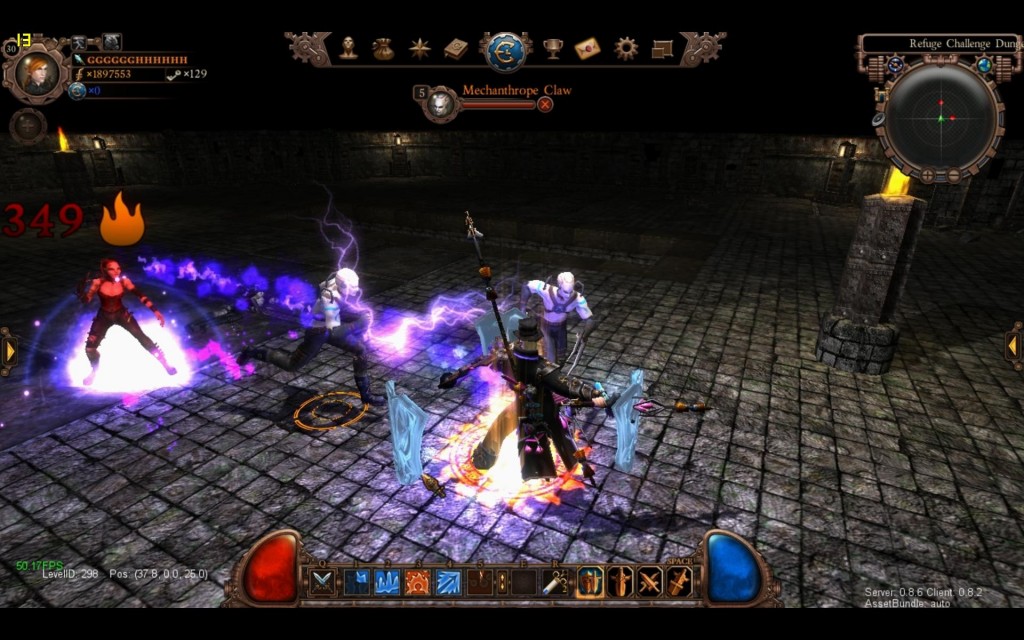 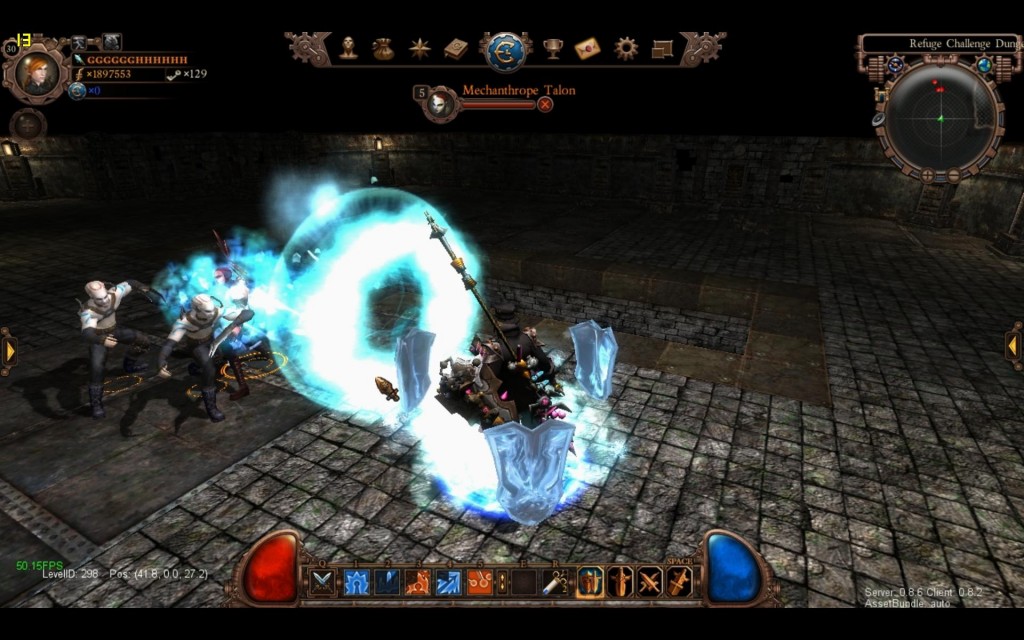 All races have the ability to manipulate the elemental field, though some with more semi-sociopathic tendencies are at risk of channeling manic destructive powers without control. Remind you of any particular race? Goblins anyone? While their natural curiosity helps them excel in some areas of study, many of them also injure or even kill themselves in the process of…… ‘experimenting’ with elemental manipulation. Draug make unique Arcanists too. If you saw the Dev Journal about their incredibly sensitive hearing, they can discern fine degrees of arcanomagnetic resonance that other Arcanists usually need special equipment to study. 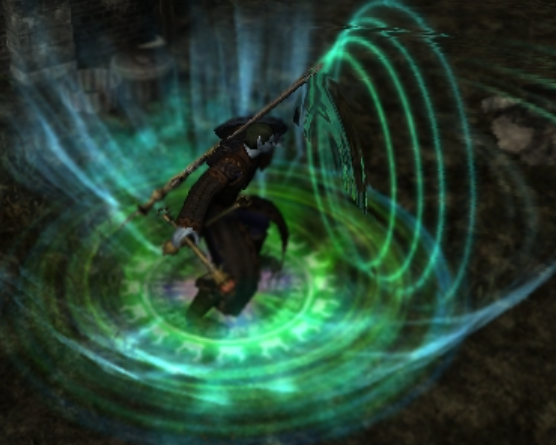 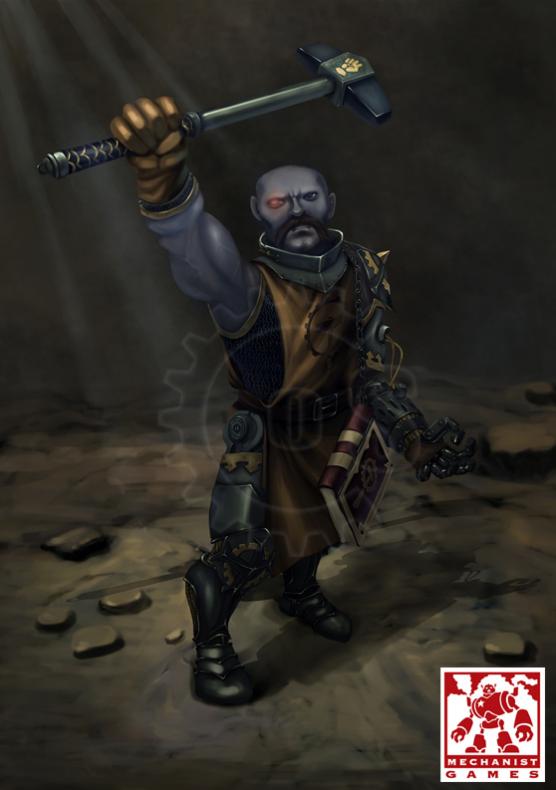 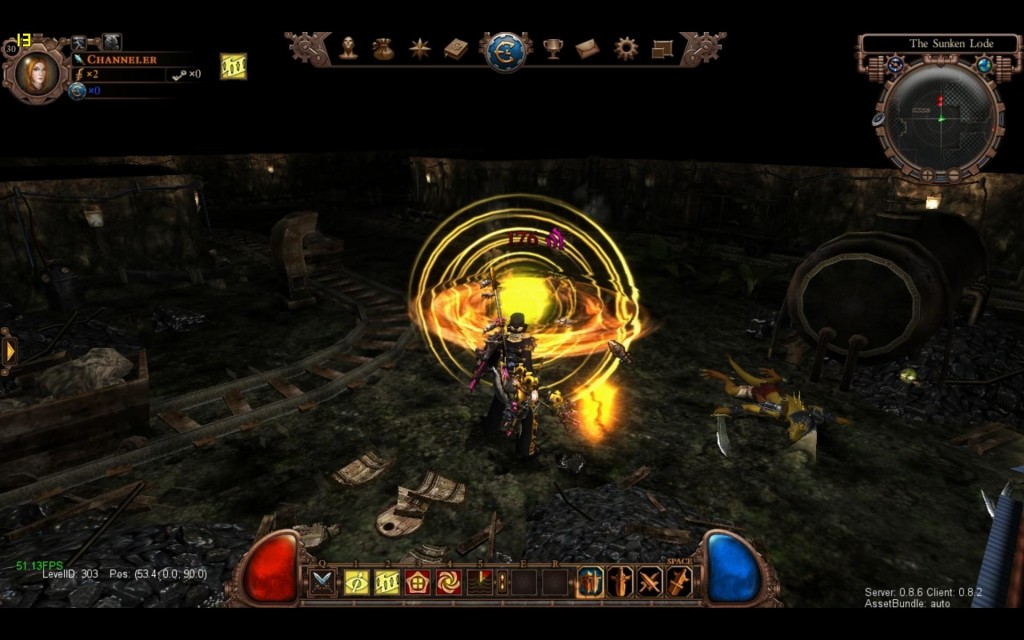 Channelers are the healing class in City of Steam and were the most overpowered of all classes during Alpha (though not everyone was complaining – Gab…. And don’t worry, this will be fixed for Beta). Fortunately, despite their power, the strict Church education and their primary philosophy of balancing and restoring the Mechanism keeps Channelers from going too rogue. Though there is history of the Ostenian Church using all-Channeler military forces to expand their holdings…

They say a good Gunner can turn normal firearms into siege engines. It’s sometimes said that the most dedicated warriors pour their heart and soul into their weapons. Gunners that practice the art of Trigger Magic do just that, using their own blood in special rounds and powder blends to transform their sidearms into occult implements. For some reason, this seems way creepier to me than Arcanist or Channeler techniques. 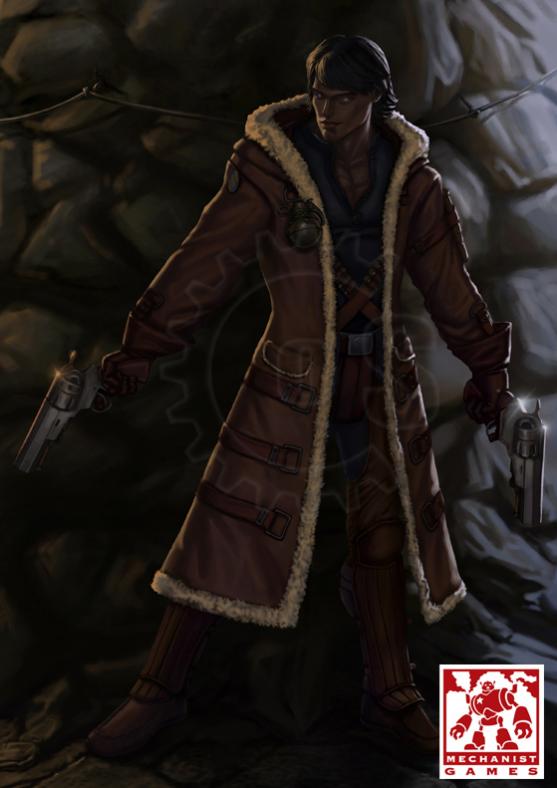 Anyone can be a Gunner, given time and training, but to truly master the craft, Gunners must be highly in tune with their weapons. More experienced Gunners have their weapons tailor-made, crafted and modified so that only they know the full potential of their weapon. A well-trained Gunner will be able to tell just from the sound of a gunshot how the weapon is calibrated. A good Gunner is as skilled in modifying and maintaining their firearms as much as they are known for firing them. 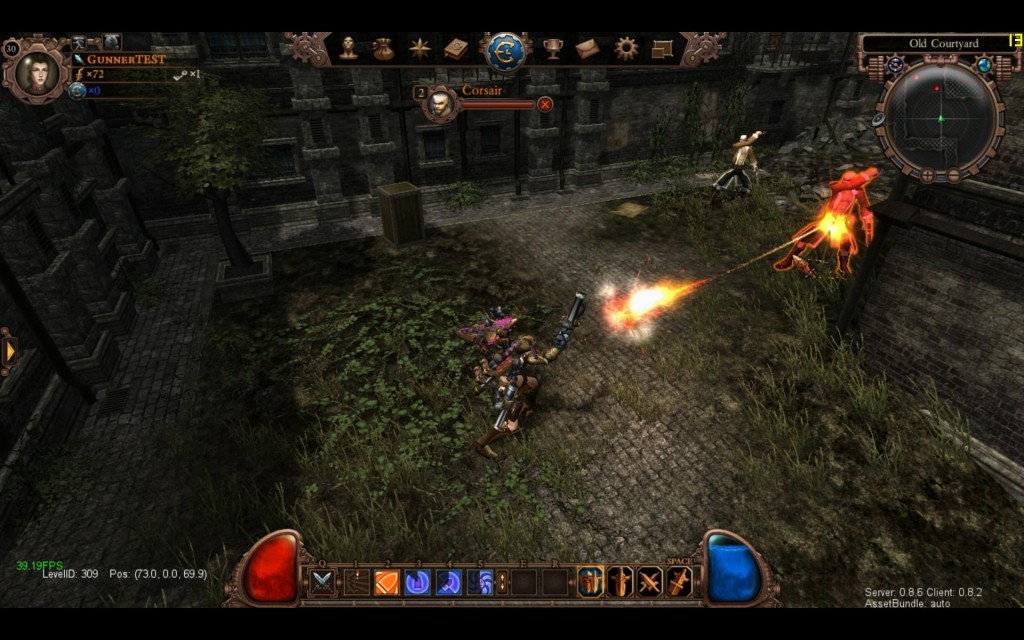 Military organizations across the Mechanism demand well trained Gunners. However, some choose to become fully licensed independents. These are quickly employed in a variety of occupations, some more or less legal than others. 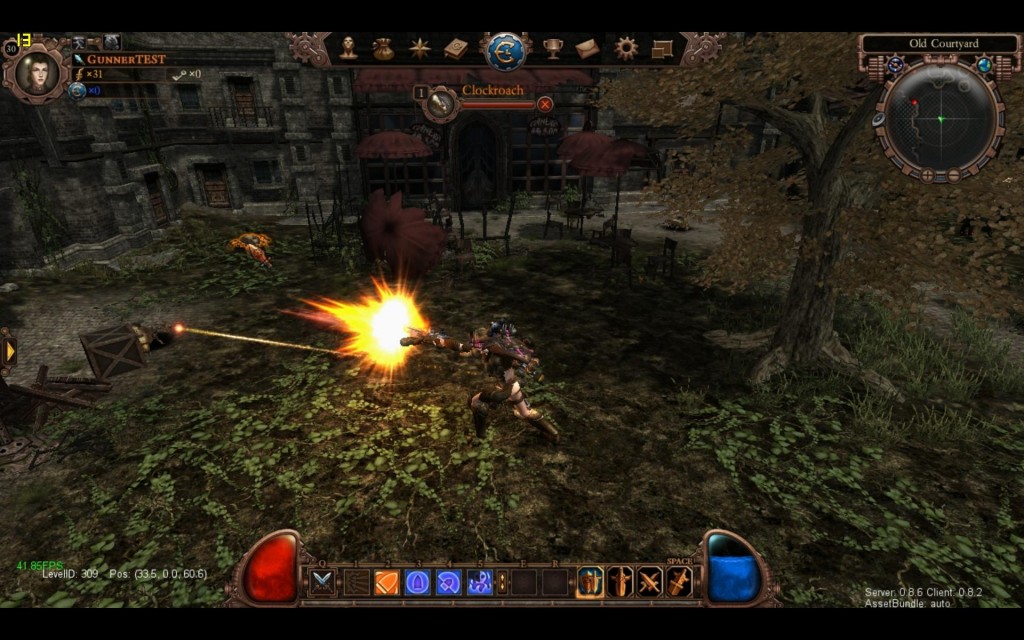 Lastly, but certainly not least, is the Warder class. The Warder class carries millennia of martial tradition. Warders are the first line of defense and protect those they serve, often to the death. Warders tend to favor regional traditions, united in a common focus on personal duty, leadership and swift, punishing judgment of enemies. 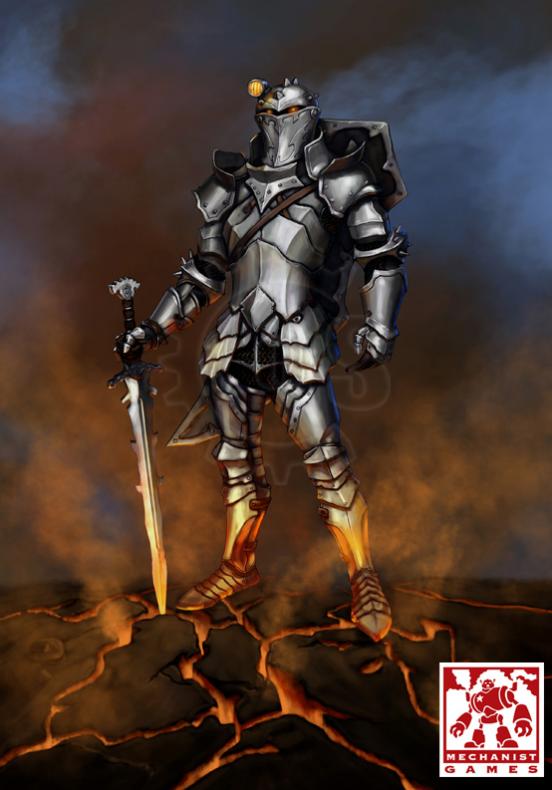 The tales of the first Warders speak of legendary warrior-kings forged in the fires of the Cataclysm. When earthquakes tore great chasms in the Mechanism and horrors surged forth from the abyss, it was the Warders that emerged not only to fight these beasts themselves, but to inspire those around them to take up arms in common defense. There are also Stoigmari legends that claim the first Warders patrolled the border between the earth and the sky during the first years after the devastating crash of the Neruvian Ark. Warders have even been reputed to have held back tides of Nuhlian undead along the Mazrothiran border. 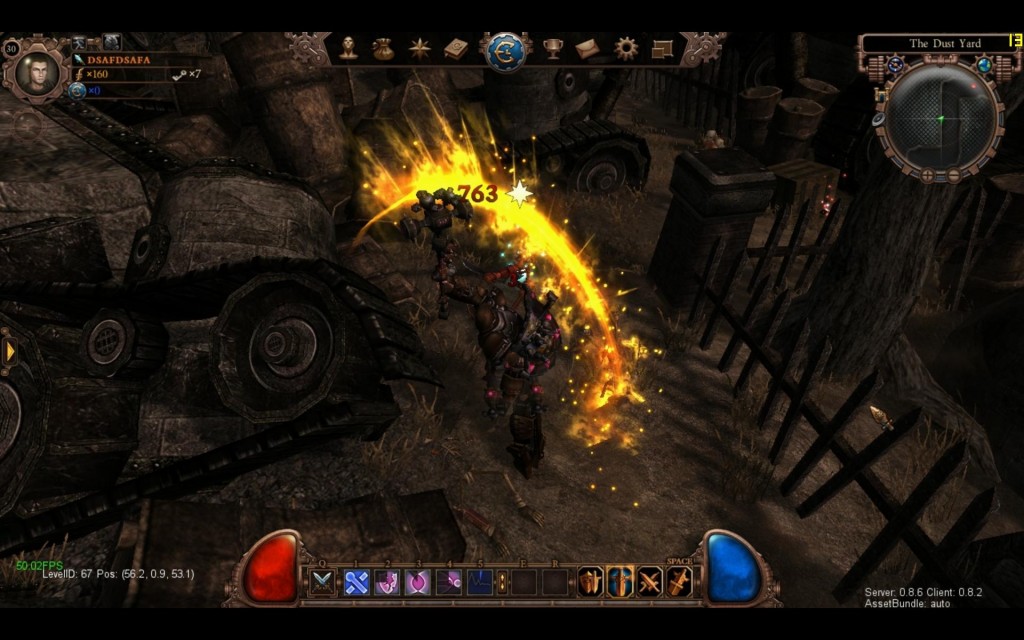 Wherever the Warder class originated from, battlefield leadership, discipline and strength is their focus now. They are one of the more favored classes for the larger greenskins, where these races typically excel at the disciplined and physically demanding training, with stigmatization too. Warders specialize in melee combat, defensive techniques, and summoning ancient allies. While not every modern Warder is as selfless as their mythic forebears, they are seldom found without anyone to protect. They are knights, bodyguards, generals – even bouncers, albeit expensive ones. 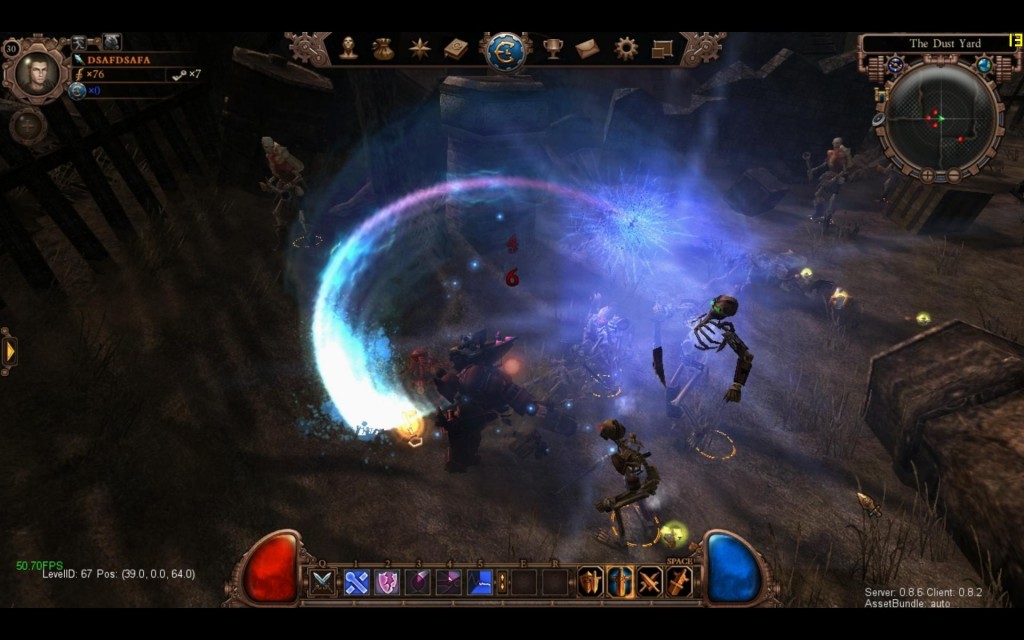 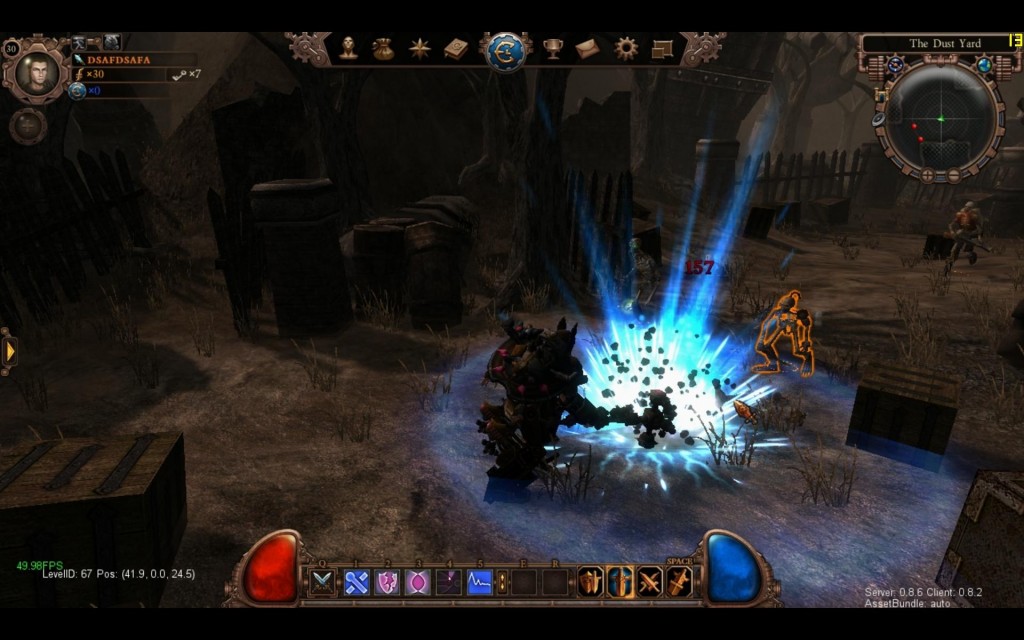 It’s hard to balance the team dynamic with these diverse classes, which we discovered at the last Alpha Test when Daniel, Gab, Andrew and Rebecca teamed up as Gunner, Channeler, Warder and Arcanist respectively. We realized that Arcanists just want to blow things up, Warders charge into hoards, attracting them back to the party, which then frustrates the Channeler trying to strategize and heal everyone at the same time. Meanwhile, the Gunner coolly picks off monsters from the side as they attack the rest of the team. Phew, that was fun. Whether this difficulty stems from class-specific quirks or just our own lack of teamwork, we may never know…

So what’s next for the classes? Well, Design is working on a whole line of class quests that will allow players to pick one of two new skill trees (which, at the moment, only have 1 skill in each. Okay, actually, they don’t technically have any right now). Buuuut we’re planning on knocking those out this week, and finalizing the characters and class names involved. Beta be prepared! (hur hur)

Do you have a favorite class? Do you think some of them should be nerfed (other than Channeler of course, we are painfully aware of this one), or is the team balanced enough? Please come discuss these classes on the Forums!

That looks like a lot of work beeing done.
1 thing I do not understand are those Diablo Health and Mana Orbs. There are so many really cool ways to display such things, and you (And Torchlight and others) decide to copy that element , for which reason exactly ? Its not like they look really amazing or are such a good idea & design in general. All you do with that is brandmark yourself as diablo-copy, this can only be negative.

I would agree too. There are lots of other interesting ways to display that information, and ironically in some ways (Spirit, Arcane Energy, etc...) even Diablo has moved away from the same exact format.

We actually had considered different UIs for the Health/Steam displays, but they either looked out of place, weren't visible enough during crucial combat situations, or simply weren't that intuitive, so we ended up with these, for now, for familiarity's sake, as most gamers can recognize what those are for without needing to be told. Changes to this in the future? Always a possibility, but that kind of polish would be something we'd put more focus on once we're nearer to full release (we're still in pre-Beta now); if you have suggestions, though, we're always open to ideas. :P