Greetings dear Cibos, It’s time for our 5th update about the Early Access of CIBOS on Steam. Climb up the pyramid scheme, dash your friends into fire or steal them bolts... Become the best employee over the galaxy whatever it takes!!!

It’s already been 4 month since the release of CIBOS, and we have just released our 5th updates bringing even more new levels and challenges. It’s why it’s maybe time for a little summary about our last features:

Climb up the pyramid scheme, dash your friends into fire or steal them bolts… Become the best employee over the galaxy whatever it takes!!!

The smelting plant is ready to welcome its new employee, but who will remain until the end? Up to 4 players, dash all your opponent into the fire to win this round.

The Thunder Wheel is spinning

Hit at the right time the green piston or feel the the vengeful striking hammer of the wheel if you touch the red one.

The Bolt reactor has arrived!!!

The Bolt reactor has arrived: Up to 4 players Online and Local, compete and collect bolts before the hoovers steal them.

The Bolt Box is now available

Everyone has “The Boss” bonus, so you can’t be dashed or lose bolts. Your only goal is to collect as much bolts as you can in the limited time: Be quick or you’re fired!!

Boss of the pyramid scheme is now available

Based on the “king of the hill” party game mode, we are presenting you the pyramid scheme!!!
You have one goal, the CIBOS on the top of the pyramid collect all the bolts and the others has to eject him to take his place.

However if you touch the laser, you have to climb the pyramid from the bottom

We have prepair just for you a roadmap for the future update of CIBOS during the Early Access. 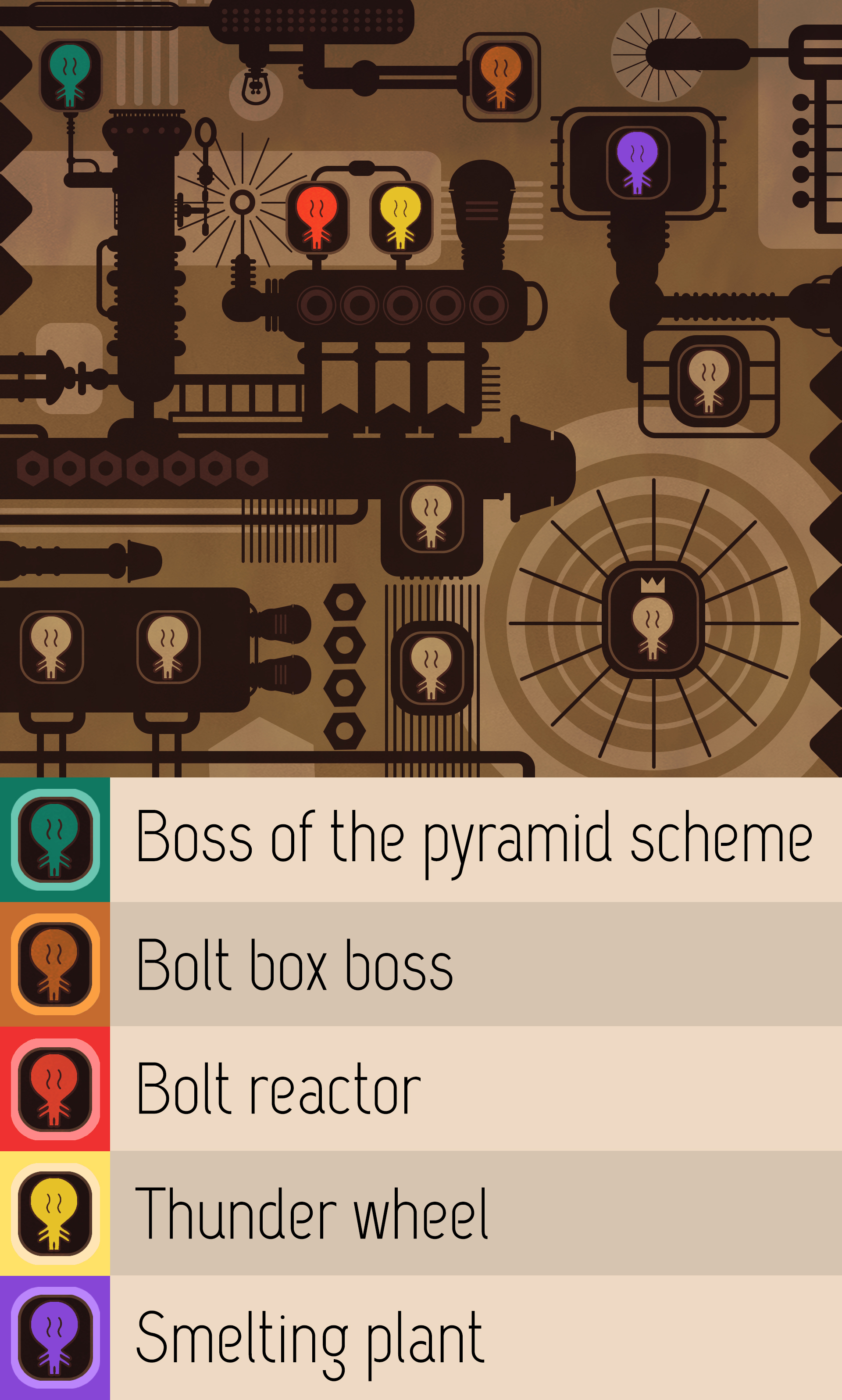 We will update this map and the Steam thread in order to keep you updated about the new features and levels that we will implement during the Early Access of CIBOS.

Stay tuned, we will back soon with more new levels!!!