This week we change our focus to the character creation process. We spent the better part of the week establishing the primary server; as well as the network back end. Production of the character creation system can resume as scheduled and should be complete by the end of this weekend. The goal of this system is to have a very robust and unique experience; while allowing for a very personalized feeling for the player. 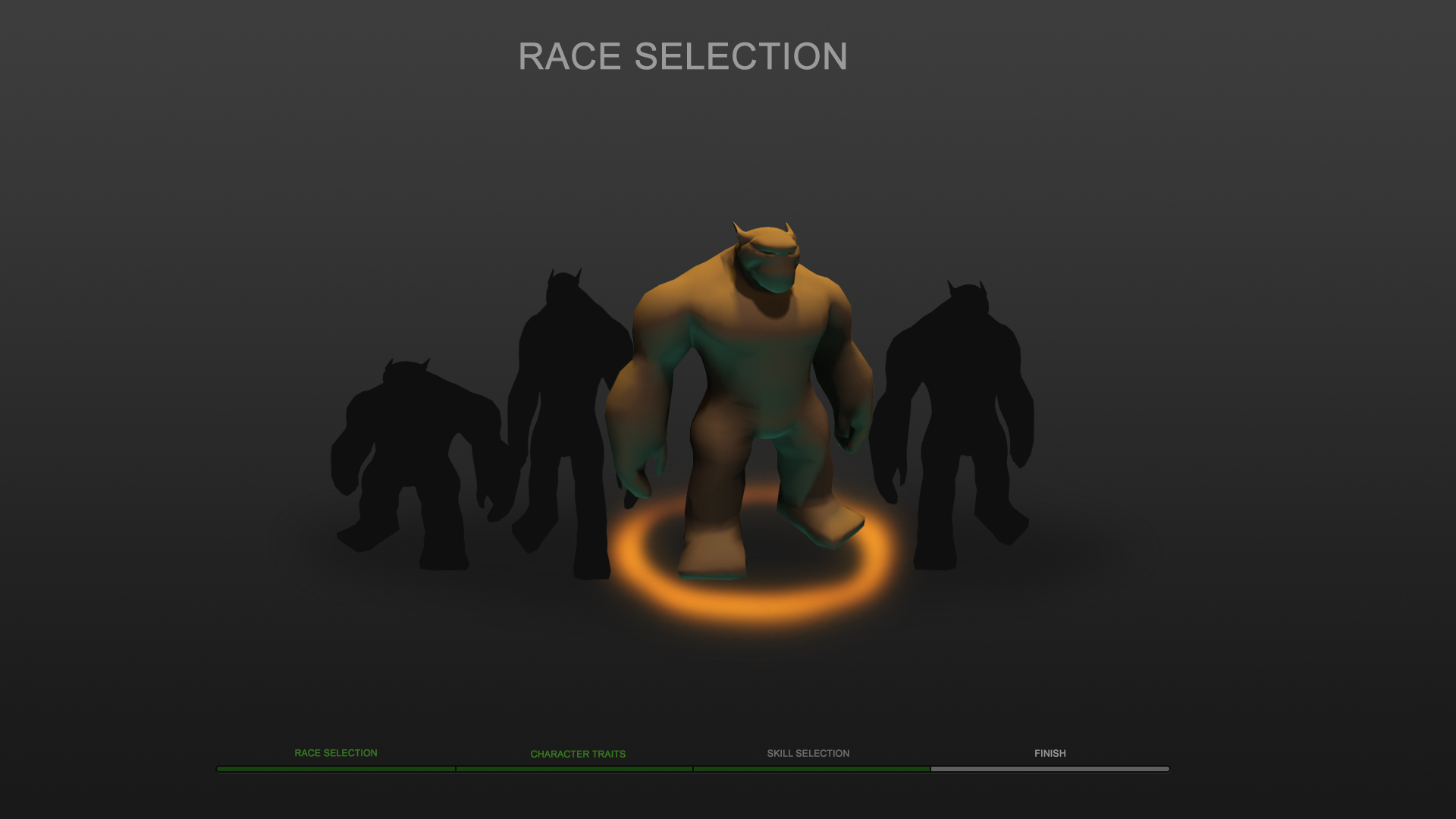 What you are seeing here is the concept image for the creation menu. This will be a four step process that will guide the player through creating their character for the server they are playing on. There are four playable races that will be available at launch ( Human, Gorgane, Egosdian, Dwarves ). We do have plans to open up more races as we progress through development/release, and our intent is to allow Modders to add races as well through a simple tool we have created.

At the end of the weekend we hope to have this system fully completed with the basic UI elements and controls in place. This is a major step in the direction of releasing the pre-alpha on Desura later this month. If you are interested in becoming part of the development process or maybe just a game tester let us know. We love to read comments and respond accordingly.