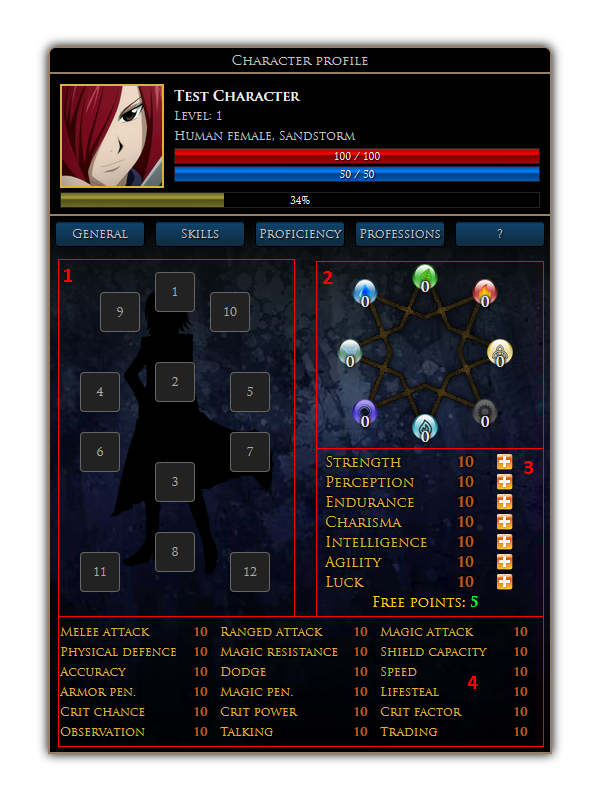 At the top of window we can see basic informations about character: avatar, name, level, hp / mp bars and exp bar at the bottom.

After general information there is navigation menu with 5 buttons:

Typical gear overview. Characters can wear up to 12 items:

All addons are bound to item types. For example scopes or silencers can be added to rifles only.

Here player can see character balance in elements. More about elements can be found in Introduction article.

Game is using S.P.E.C.I.A.L. stat system. All characters starts with 10 base stat points. Main charcters gets 5 stats points when reaching next experience level. Npcs gets 1-4 stat points based of rarity. Max stat value is determined by this formula: max_stat_lvl = (char_lvl * 2) + 10.

We have 2 categories of sats (battle and civil).

Stats that are coming only from equipped items: