In this update we showcase the progress that has been made on the characters and how the initial concept looked along with a new screenshot!

In CoBots the player(s) controls two maintenance bots. In the early stages of development, I and Petra were tasked with designing the bots.

Since there should be two different robots which cooperated throughout the game, but still be able to do exactly the same thing, we didn't want them to look to different from each other.

We sketched some different concept of the bots and we then compared our ideas and decided on a final concept. We both liked the idea of an antenna on the side of the head and decided how long their bodies should be. We also wanted to make some kind of a pattern on their bodies. 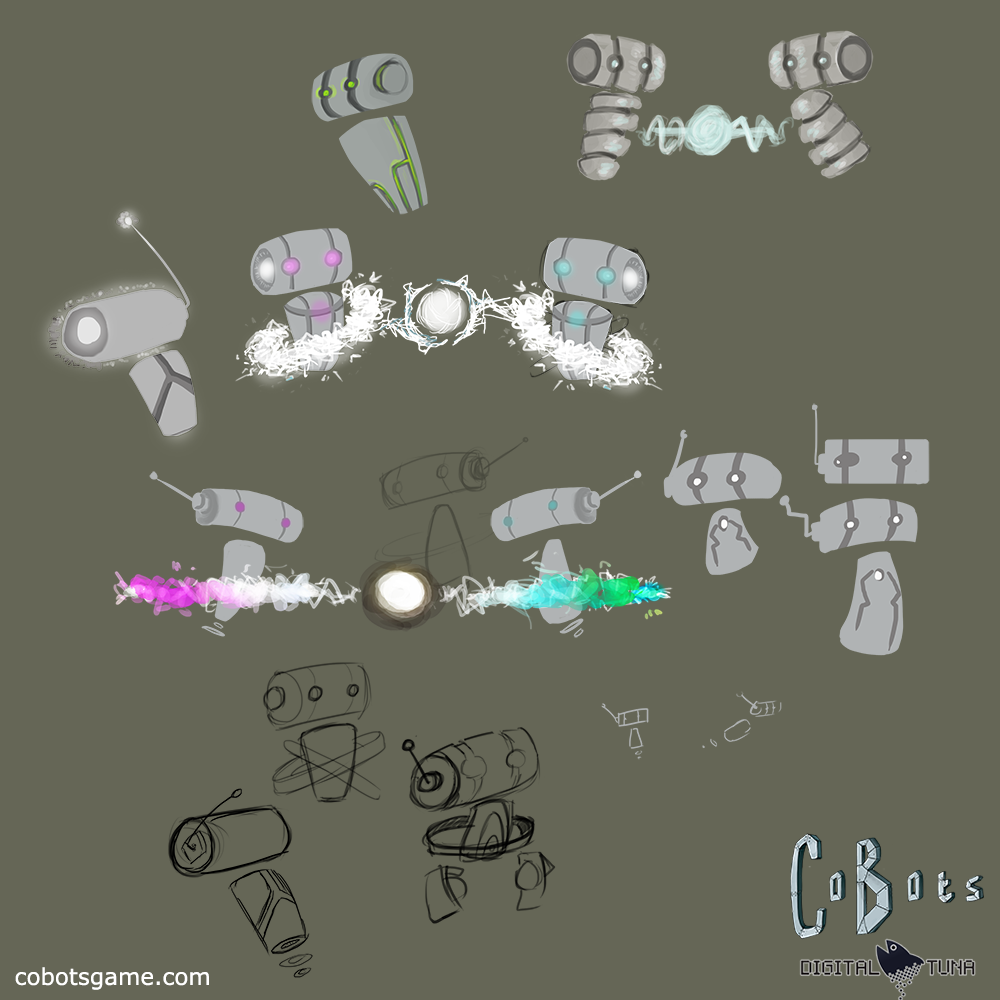 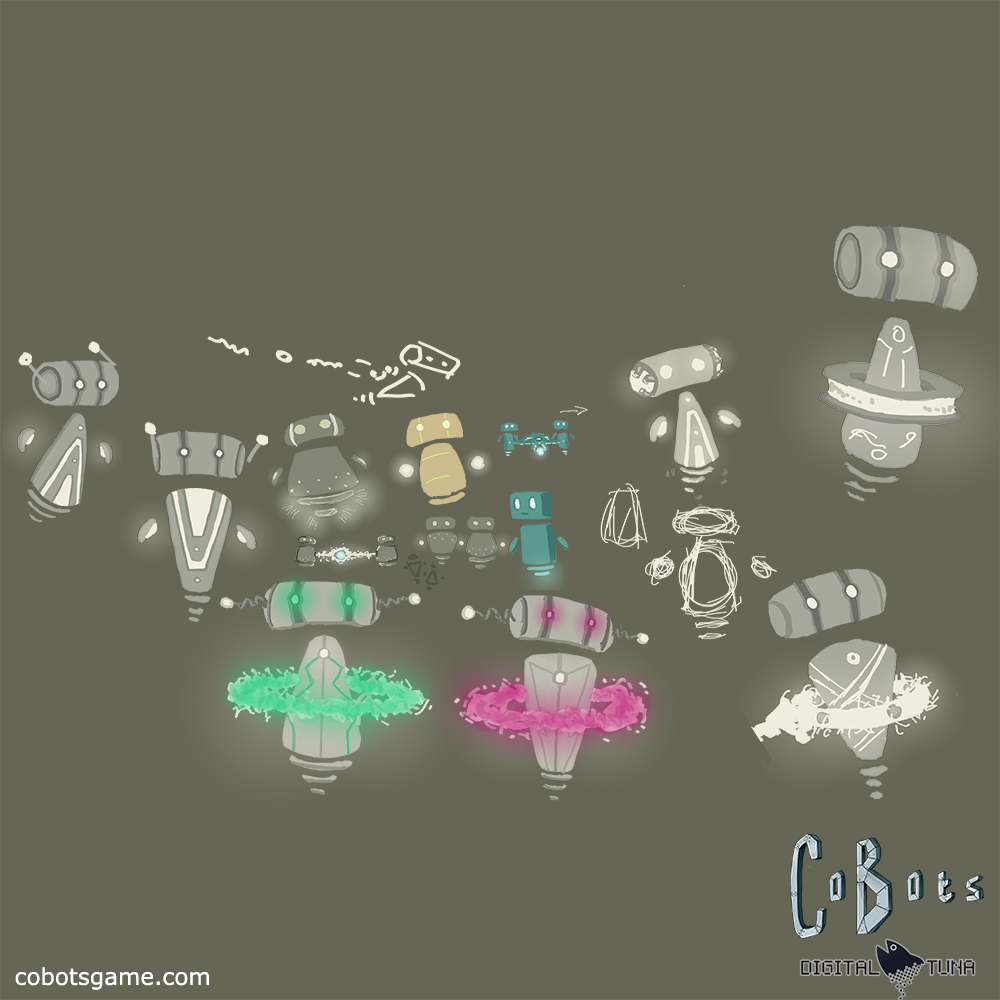 Since the robots are only there as servicebots for the humans, they shouldn't look to luxurious. We decided to make them gray, but add some colored light around them. The shapes of the two robots are flipped versions of the same cone shape. We felt that the shapes could make the players sort the two bots into different genders, which we didn't want. Therefor we made the cone shape that might have otherwise been read as a more feminine form green and made the other robot purple, since we didn't find these colors to be stereotypical for specific genders.

Once we made the meshes for the characters and tried them in the game, we made the light/colouring significantly stronger to make it easier for the players to recognize their own bot. 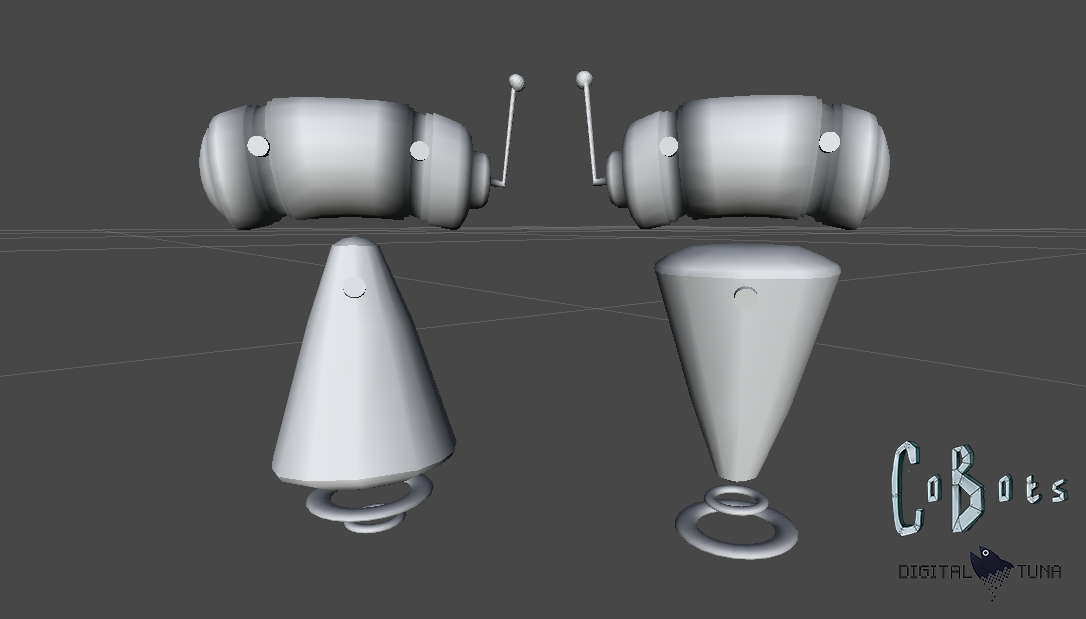 First version of the mesh ingame

We also recorded voices for the two robots, which you will be able to hear if you ever happens to kill one of the bots in a terrible trap or just happens to play with someone who’s not able to cooperate with you. 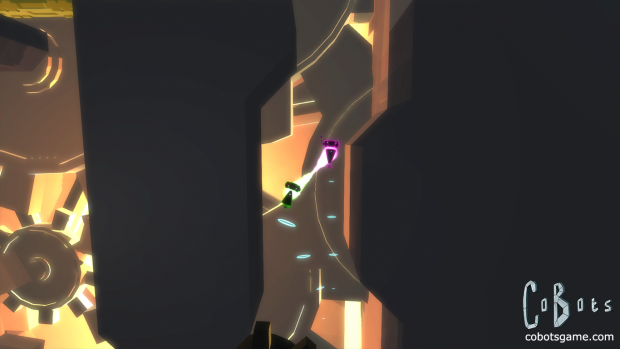 How the characters turned out ingame, with magnificent cogs in the background.