Release of ChaosEsque Anthology on Dec 9 2020, including many additional features from last announcement here.

Update: 117zzzzzzl: spawnrandom: one can now use a spawnrandom entity as a pathway to randomly spawn or copy various items or things one has built (ex brushes grouped into a func_wall etc (make sure to place an origin brush)) and make one's map different on each playthorugh.

Update: 117zzzzzzc: Tires added as option for anti-grav cars. You can, in a map, set one of the anti-grav cars to use tires instead with the key-value (in netradiant / gtkradiant, on the entity): vehicle_tiretype 1 . You can force all of them to have tires instead in the game with the setting (in your config.cfg etc): set g_vehicles_forcetiretype 1 . This was a feature request from some time back.

Update: 117zzzzzzb - fix for an edge case in the rectify code where multiple passes were performed.

Greetings, ChaosEsque Anthology has been in continuous development since last announced release. It has gained many more features that may be interesting to Quake/Quake3 mappers. One of those features is the addition of SpawnArrays and SpawnRadials (in addition to SpawnCircles and SpawnSnakes). Using these functions, one can invoke the creation in-game of many entities from a single entity (think of in Autocad: where you can use arrays and radials for columns etc). Using the SpawnArray one can create grid cities and the like, or just grids of foliage or pickup-items. 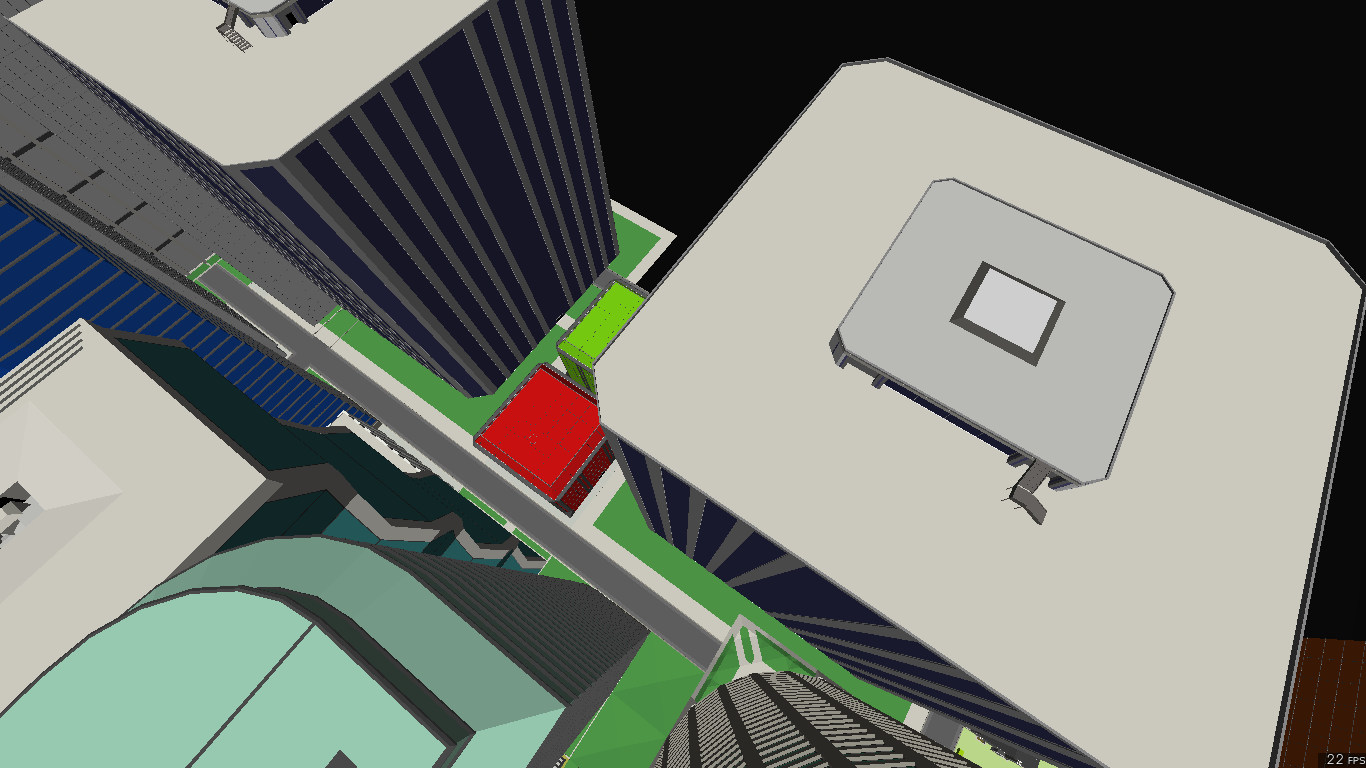 (Portion of a city spawned using a spawnarray)

The presets get you into the game quicker.

Another improvement is that the weapons are programmatically modeled closer to operate in a similar manner to their corporeal counterparts: Openbolt weapons have a half-cycle non-inturruptable lag before actuation (as one example), bolt action rifles require a-secondary actuation (pull back bolt) and then a second secondary actuation (push bolt forward) to chamber a new round, etc. Similar nuances exist for pump action (on secondary actuation), lever action (two secondary actuation: however smooth as the second will register even if the first actuation is still in progress), crank fired (alternating actuations of primary and secondary mouse button), etc weapons. Flint lock and such weapons have also been programmatically modeled with the appropriate lock-time lag, and ball-and-shot ammunition is used for the musket. Double edged swords and axes allow one to back swing aswell.