Come find out about the origin of Toro, the Not-So Grim Reaper, a Fabled boy whose curiosity got him into a bit of a hairy situation.

See the full article at: Circuitsandshields.com

The Fabled youngling known as Toro has a tendency to fall into things.

Like most Fabled, he went to marvel at the portal that had opened up on the Fabled world, but for Toro, a distant view was not good enough to satiate his peering curiosity. Sneaking passed the barriers and guards, Toro made his way to the heart of the anomaly. Gazing into it's power, Toro lost focus and tripped, falling into the portal and entering a world far bigger than him.

To Toro's fortune, the citizens of Koza do not discriminate based on size and they welcomed him into their society with open arms. As time passed, Toro grew accustomed to his new home, his cheery personality making it easy for him to fit in, both with the citizens of Koza and the new explorers from the Human and Machina races. However, Toro became a bit too comfortable in his surrounding, constantly poking around into things he shouldn't be.

One day, Toro came across what looked to be an abandoned Machina frame. While Toro did not fully understand the inner workings of Machina just yet, this Machina looked "dead" to him, or at the very least, not alive. Curious to finally get up close to a Machina, Toro climbed up the frame, poking and prodding at all the levels and knobs, amazed at it's complexity. Suddenly, the frame came alive, grabbing Toro and placing him inside its cockpit.

Unfortunately for Toro, the frame he was now mechanically bonded to was a Machina death unit, built solely for war. Toro now spends his days attempting to control his new friend, finding ways to tone down its... aggressive personality. 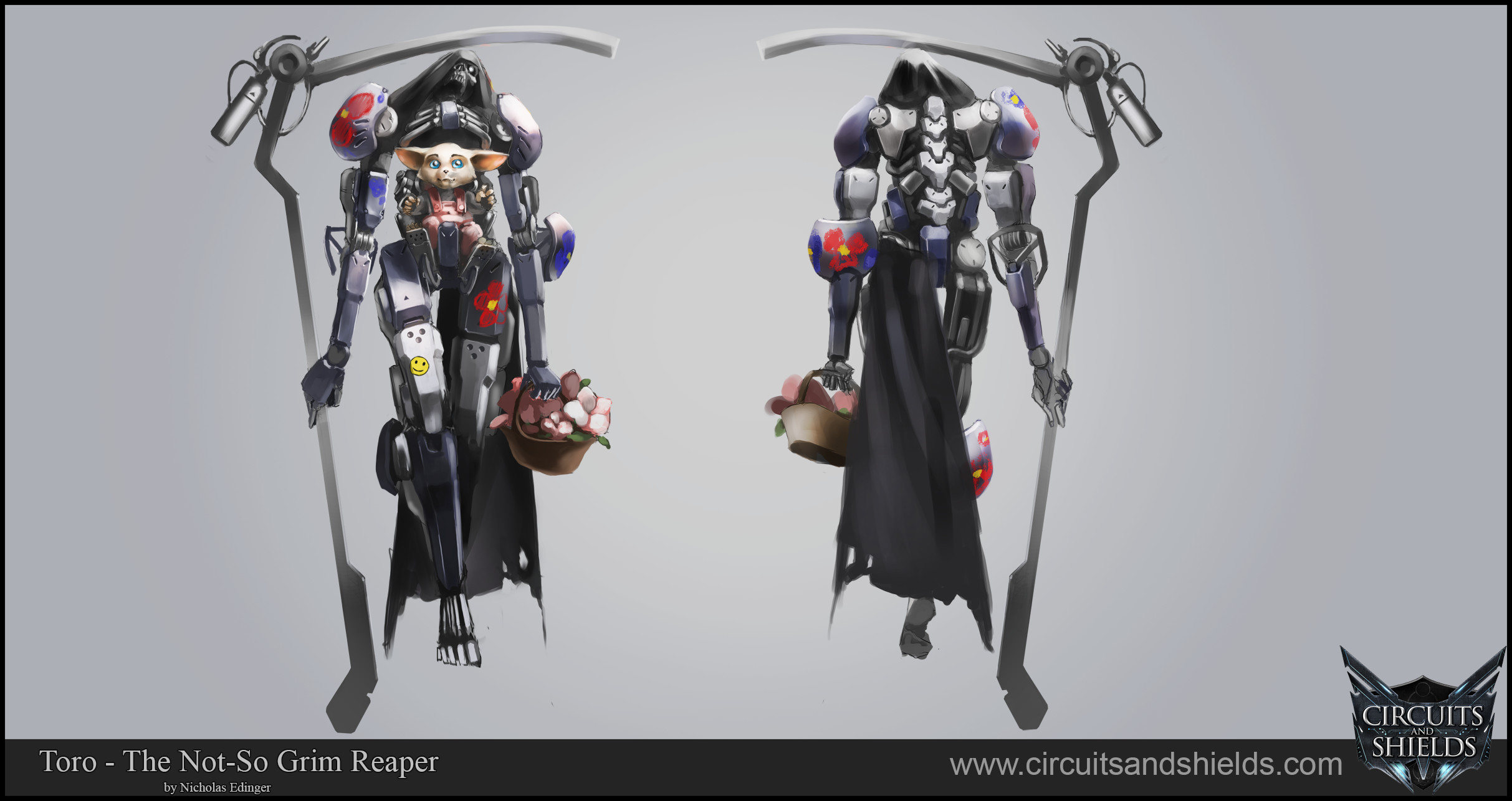