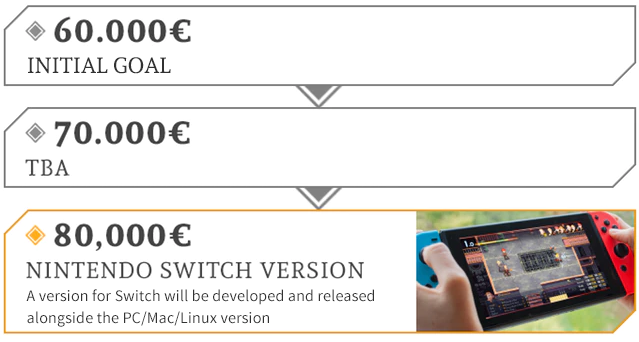 Chained Echoes is based in the fantasy world of Valandis, where you play as a group of heroes that venture to bring an end to an everlasting war between three kingdoms and destroy the strongest weapon the Gods have ever created, The Grand Grimoire.

Inspired by the Japanese RPGs for SNES and PSX, Chained Echoes combines the charming graphics and deep storylines of these 90’s classics with modern game design principles, all the while adding unique features into the mix. You can board your mechs and journey through a vast overworld, discovering new locations in isolated areas unreachable by foot. You can also equip your mechs with a wide arsenal of mechanical parts and weapons, allowing one of your characters to be the pilot in fights against bigger foes up in the sky. Similar to your mech, you can equip your very own airship with powerful upgrades, assign your characters to positions like the bridge, machine room and more, all to combat against your enemy’s armies in massive battles across the skies.