Skirts, swords, and gunpowder - oh my! An introduction to the style and setting.

Since we're hoping to release this game later this month, now seems like an excellent time to explain what it's all about!

The Royal Trap is a story of palace intrigue, romance, and adventure, set in a Renaissance-styled world. Not an alternate history; a totally different universe. Most writers do this in order to work in wizards and dragons, but instead here we're presenting a very different political structure. Kingdoms are ruled by Kings, always, but inheritance passes through the female line. That means, if you want to become a King, you have to marry a princess. Being born a King's son is nothing unless you marry well. And that means that the most important goal of any ambitious prince is to woo royal ladies. 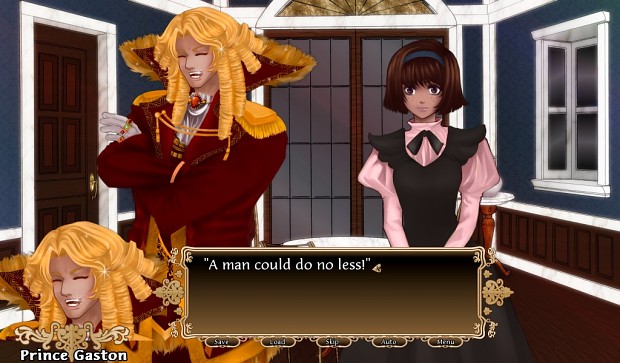 Thus, upon the eighteenth birthday of the princess of the large and powerful kingdom of Gwellinor, all the glittering princes descend in their finery to begin their attempts at winning her affections.

Enter Madeleine Valois, an unimportant younger daughter of a minor noble house, in service to her prince. Prince Oscar is young, inexperienced, and a bit silly. It's her job to dress and advise him so that he can make a good impression on the princess, and to keep him out of trouble. 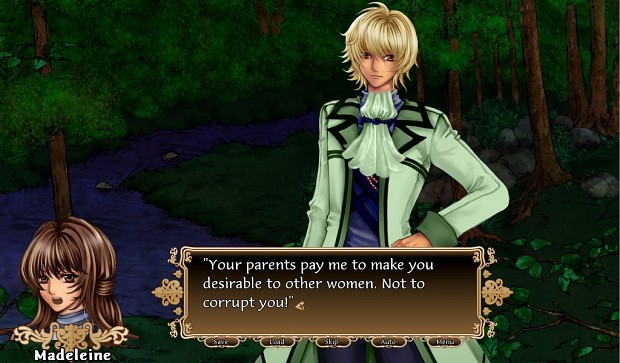 Naturally, that plan's not going to go smoothly, not with a pack of powerful princes all fighting over one girl, and Gwellinor's internal political problems rearing their heads, and Oscar having a few ideas of his own... Soon, lives are in danger, royals are being kidnapped, treasuries are being robbed, and poor Madeleine is caught in the center of it. 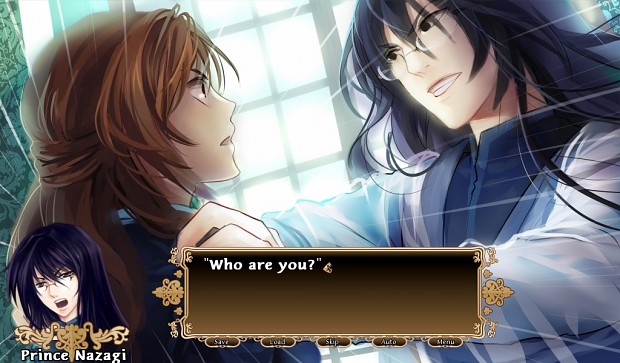 Can she manage to come out of this tangled web with her life and Oscar's reputation intact? That depends entirely on who you choose to trust. Princes, factions and hidden agendas can push the story in many different directions. You'll have to find an ally to depend on, or you'll quickly come to a bad ending.

Yes, this is an interactive story - a visual novel. It's the questions you ask and the choices you make that determine what happens to Madeleine. While not nearly as vicious as Long Live The Queen, there is still plenty of betrayal and backstabbery, and you can end up dead. Luckily, Madeleine is already combat-trained and not as easy to kill as poor Elodie. 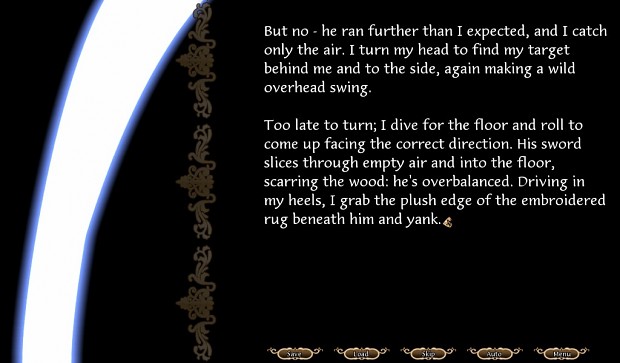 As mentioned, this is a Renaissance-styled setting, not a medieval one. Guns do exist! They're simply not terribly common. And I'm totally not saying this to warn you that you might get shot, oh no...

Stay tuned for an introduction to our cast - the men and women who might be Madeleine's allies, or might be her downfall.

The Confines of the Crown Visual Novel
Related Engines