...in which I show animated GIFs of the new enemy spawning and talk about the new backgrounds, fluid level transitions, tweaked movement and all the other cool stuff that changed

It's been a few months since the last update. I spent the months working on interesting prototypes and experimental installations, but now I finally have time again to come back to Catcher!

Since the last time, I picked up generative art to make interesting backgrounds. After a lot of experiments, I finally settled for a background that looks similar to the old one, but more interesting and with more dashes of color - and because it's procedural, it will always look different.

I also visited the AMAZE Indie Festival in Berlin and got lots of great feedback that I used to improve this build.

Here is the changelist:

You can download the current versions here - and if you do, please give leave me some feedback!

A few examples of the new background: 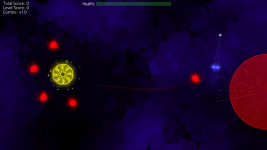 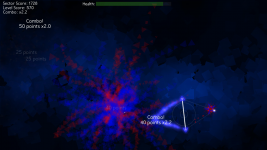 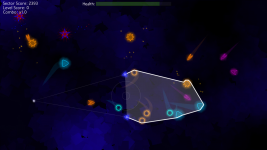 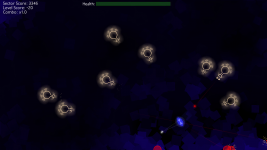 Another thing that changed is that enemies now have appearing animations! Instead of just suddenly being there, they are now generated out of particles: