Today we will be going over our two recent updates that together greatly improve players interactability in the game by adding a series of physics-based features. Of all the new features the one with the most impact is our new “Loot Thrower” weapon.

Update time! Today we will be going over our two recent updates that together greatly improve players interactability in the game by adding a series of physics-based features. Of all the new features the one with the most impact is the unique “Loot Thrower” weapon; a never before seen addition to the genre. Overall, it gives the game a large feel boost and adds a ton of value as well as randomness with enemies and various objects.

So, let’s start with jumping and the elements added for the 1.2 update. As you many already know the primary focus for that update was jumping. While it may seem simple, jumping was added with several objectives in mind. So, firstly we wanted ranged weapons to mean more to the player and to give vertical options for combat. So specifically, rubble piles and stairs are now zones to basically fake out enemies. Now they can still dodge but unless they are packing heavy ranged weapons themselves, they are basically out of luck. In addition, jumping makes it easier to gain access to secrets and enclosed areas then in the past, allowing for much better exploration. But the most important thing is it is so damn fun. Who wouldn’t want to ride a wolf or rat around for a minute or two while rushing into more enemies? It all adds to that fun interactive factor giving the player more choices than ever.

There is one more thing to the 1.2 update we would like to mention. Loot is important in the game and most things you think of can be picked up. While there were various trade systems in place previously you can never have too many uses for loot. So, in addition to jumping in 1.2, we added upgrading Smithy Ovens in the Orc Lair. What it does is melt down your loot to give a hard upgrade to any melee weapon of your choice. It is depicted with a “ + x” with x being the damage increase number. As players progress in the game the melee weapons can be lackluster compared to the ranged. Well, no longer! With the upgrades you can obtain through the Smithy Ovens the choice of melee weapons is very viable even late in the game.

Time to get to the biggest new addition ragdolling! For our latest update (1.3), we introduced a whole new ragdolling system for the game. The purpose of the system is to lift the game to a new level of interactability by adding physical reactions to the enemies. When enemies are killed they now have a physical reaction instead of just simply playing their death animations. While that is already great, we went a step further with enemies now having what we like to call death reactions. The player can hit the enemies to enjoy our wacky physics-based reactions. It is one of the most satisfying things in the world to keep poking spiders and skeletons after they died to have them tumble around. This addition makes the game world feel much more alive with this new layer of physical interactions.

But oh we are hardly finished. There is one more feature we are revealing for the first time here on IndieDB! This new update will feature a whole new “weapon” called Loot Thrower. Out of magic? Well never fear now you can chug that boot you always wanted to throw at those spiders. The player has been given an amazing throwing arm to rapidly toss virtually all your junk found throughout the dungeon as a projectile weapon. Hoard as much as you can because the player is a machine gun with the loot as bullets. The stuff tossed out is with full physics as well! They bounce off walls, break boxes, and fly off enemies. It is a great experience and best of all if you want you can pick up what ricochets off whatever you hit and use it again. Combined, these two updates totally enhance Castle Torgeath Redux to have a more fluid and physical experience.

Our comedy trailer with Loot Throw: 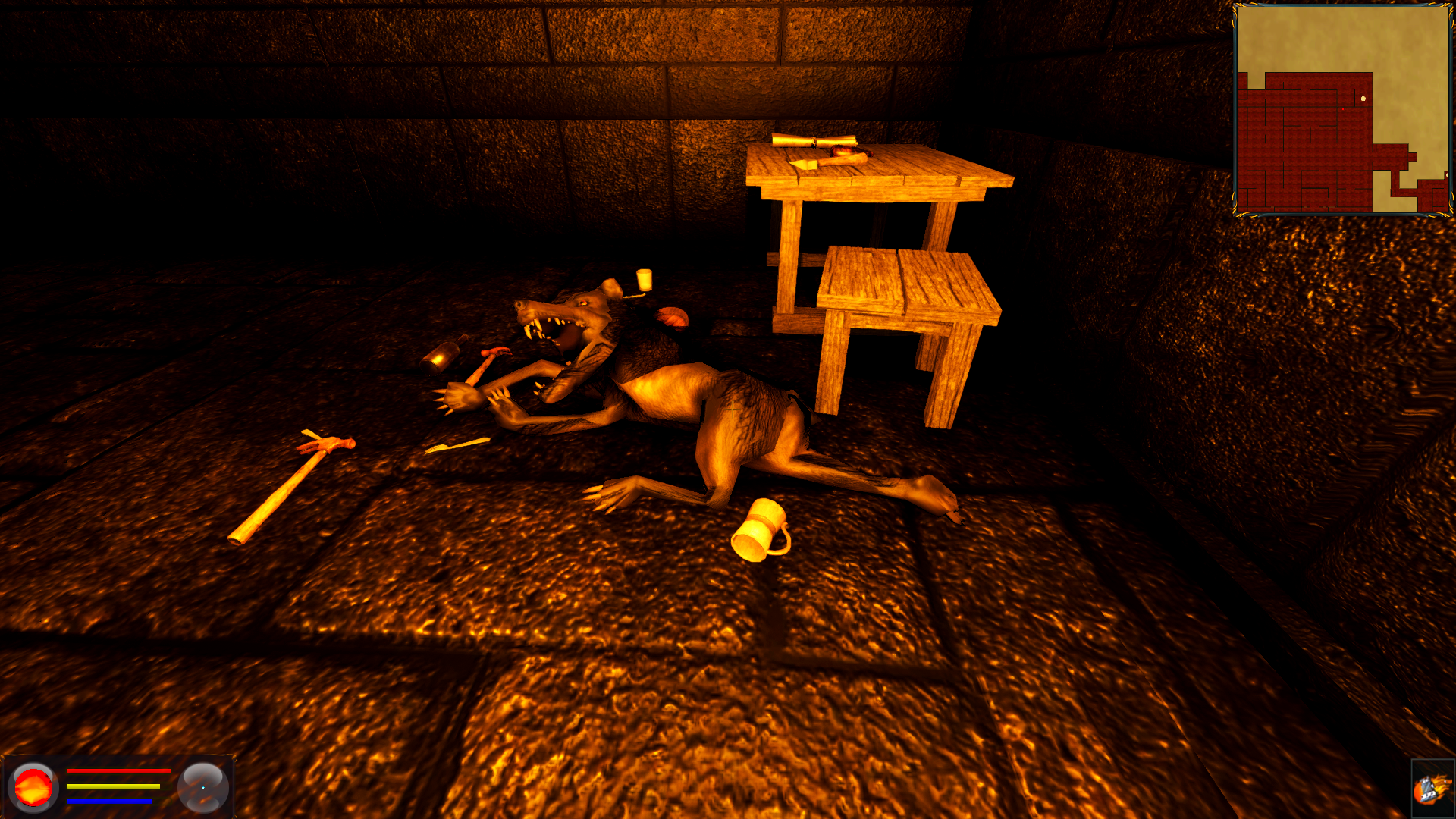 Sample screenshot of a player in an elevated spot: 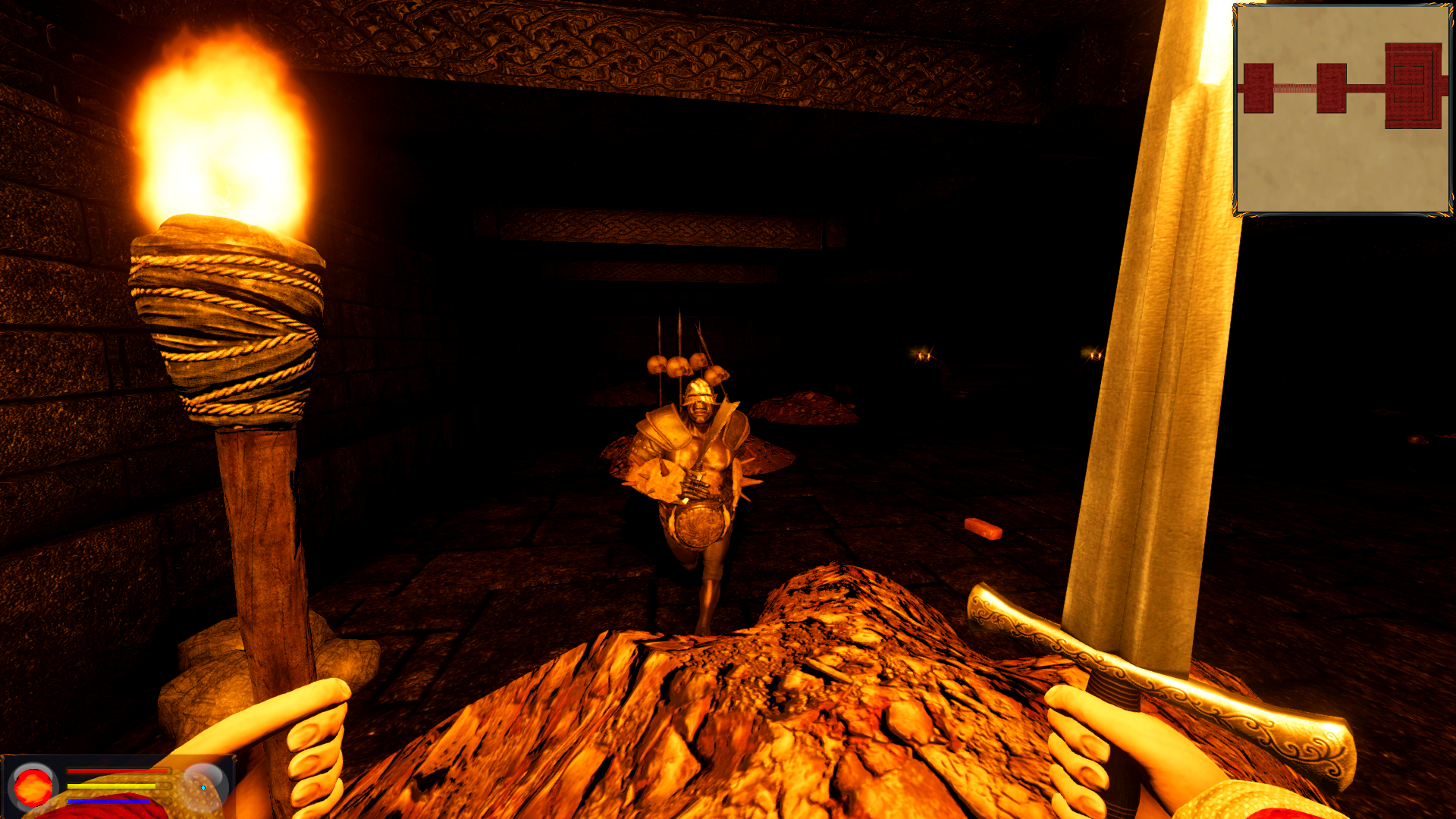 We just want to thank everyone who has supported us so far and our community who have given us constant feedback and support. Thanks guys! We hope everyone enjoys the update.