About the next version, how Carthage development is going. What you will see and what you won't.

If IFSCL development didn't officially restarted because of planning and time issues, I still try to work again for some future additions to the game.
Of course, this news spoiler more or less the fact that Carthage might be in the next version.
But till I don't know when this version will be released (and it's not soon), this doesn't help you very much ^^
And moreover, if Carthage is added, not everything will be added in the same time ! (as an example, garage kids functionnalities or even carthage core won't be in the first carthage release)

So how it's going about Carthage ?

Well, it's a tricky sector, and It involves a lot of things that weren't adapted for the game code, particulary the waypoint system that I had included. Because In carthage, you can actually make loops (when there is actually to doors to enter, like the garage skid).

So I had to make some concessions you had to accept right now ;)
> Access to only one tunnel.
> All seasons at once (garage skid,labyrinth, elevators..)
> No Xana's Trap room with Aelita Memory
> Labyrinth not infinite and not each time regenerated
> No access from the celestial dome to the garage skid (like Odd has done with his overboard sometimes)
> And hopefully, that's everything.

And a little sketch for that : 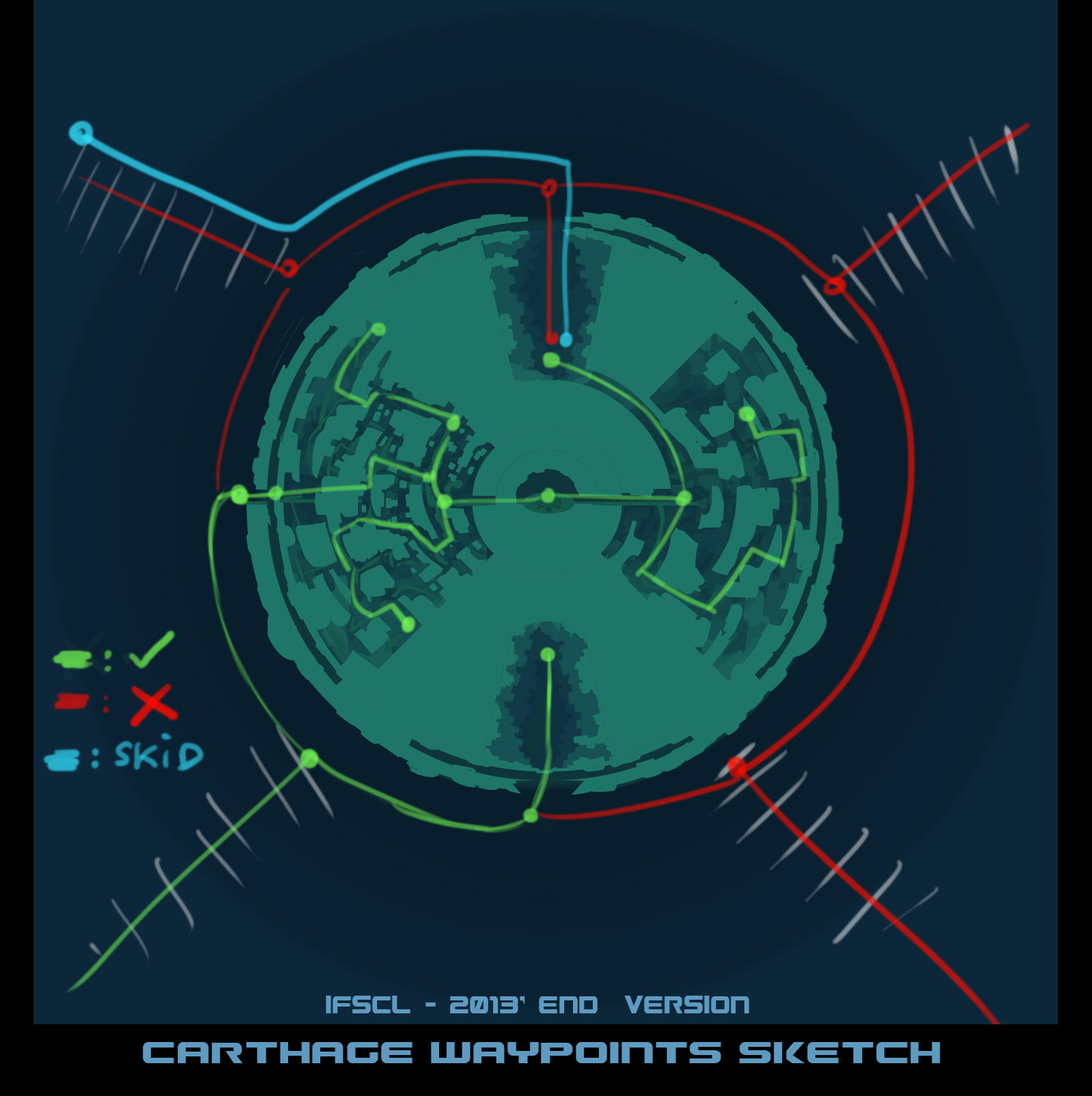 On the good news, many things are staying :
> The Interface
> The Arena
> The Celestial Dome
> The Core
> The Garage Skid
> The Lonely tower
> The labyrinth
> The keys to stop the countdown
> The traps

Anyway, Immu's room code is for the next news. It will be released the next month.

As usual, everything about IFSCL on the official base : Codelyoko.fr
And if you've got questions, please check first the faq : En.codelyoko.fr

Is It True Immu

I Want To Ask Again When You Release The Alpha Ifscl

I do not plan to re-release the alpha version ifscl (which is, by the way, the 0.1 version of the game, which was useless, with bugs and no interest. (I don't think you understood that))

You have done awesome so far, i know however you accomplish this, it will be just as amazing :)

Thanks for the update Immu. Much appreciated.

Thanks for your support :)

I wonder about monsters. I hope that scyphozoa will be in the next version.

I'm not sure yet. I've advanced that part a bit yes, but still not complete. We will see..

I Can not Sleep Because Waiting IFSCL 2013

Sorry i an not a login