My new card game "Rue" is now packaged for Arch Linux's AUR, which makes it able to be installed with the default package manager "pacman".

My new card game "Rue" is my first open-source project
made with `avdl`. I've started spending time on packaging
it for different open-source communities, to familiarise
with the process. 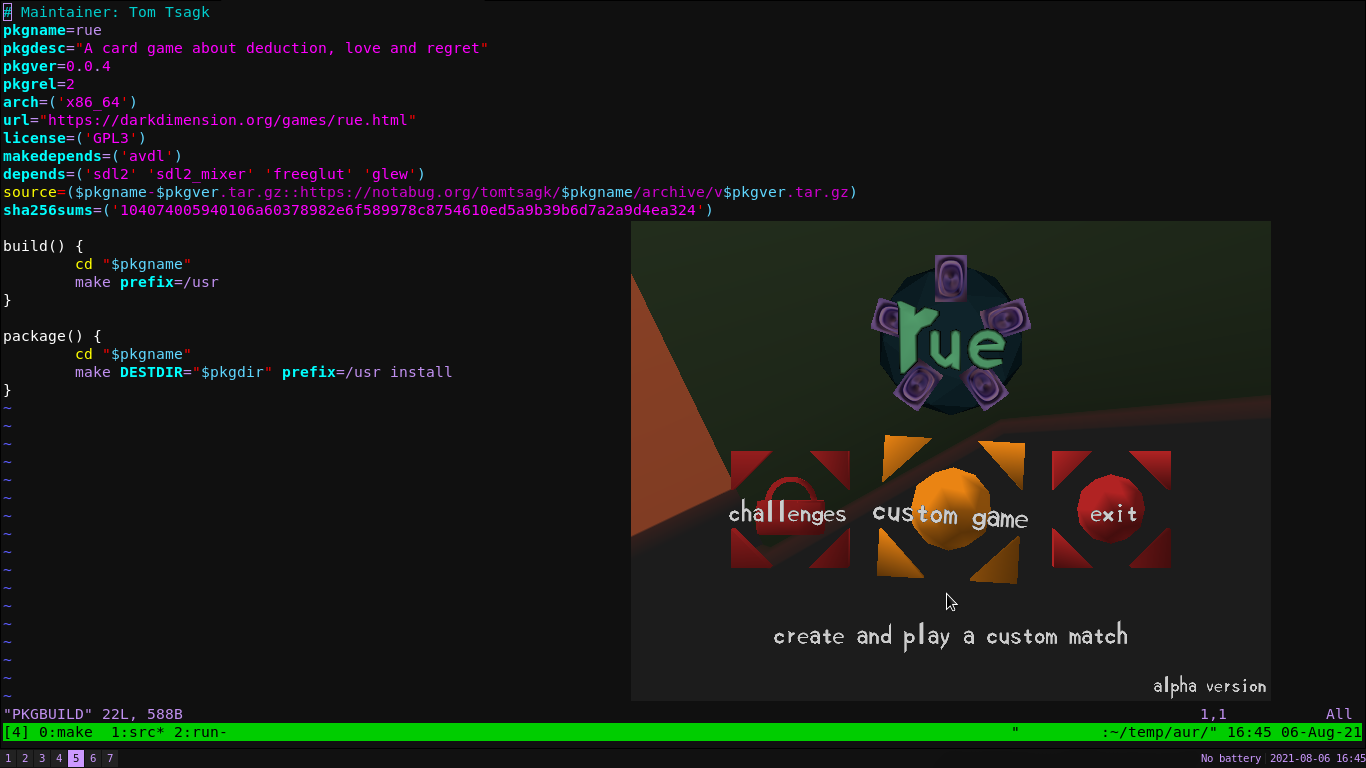 Recently, I've created a couple of packages for the Arch User Repository (AUR),
which is a place to find projects packaged by other users.

One package being for the video game "Rue" itself, and the other
being for "avdl", the compiler for the programming language
"Rue" was made on. This way, only with a few commands
Arch Linux users are able to install "Rue" on their system,
through the default package manager.