Posted by Michal.Marcinkowski on Sep 21st, 2013

If you haven’t “got into” beta yet, this is probably the build you have been waiting for.It’s still a little rough around the edges, but we need public testing to go further at any sensible rate. Prepare to get your testing hats on (and hopefully your flag-capturing boots as well). 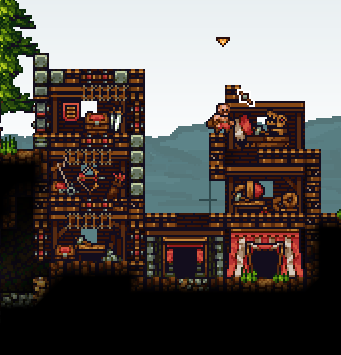 This build adds (Among other things)

There have been a lot of other neat additions and a few optimisations under the hood, and we’ve identified a major bottleneck on some machines (but not yet addressed it) - if your game runs oddly slow for your machine specs, keep an eye on this space as we’ll be fixing it up as soon as possible!This is partly a back to basics build - bringing back some of the tried and true tropes of classic with a that new KAG smell. Or something. (It’s late, give me a break :^)

Remember the script changes have happened, you can read about them here

There’ll very likely be more updates coming early next week to patch any issues that rear their heads over the weekend (door forts probably), but we’ve played many games of CTF in the process of getting this out so that at least should be fairly stable.
I’ll collate a list of changes next week as well, there’s some convoluted branching in the repository to take into account.

CTF is back! Finally.

This is looking better every day!